Community Leader, Aunt Extraordinaire Joy Secuban Shares What Her Extended Family Is All About

Community Leader, Aunt Extraordinaire Joy Secuban Shares What Her Extended Family Is All About

Local community leader and aunt extraordinaire, Joy Secuban shares with Little Rock Family the JOY of being involved with her family and the love of her work as the Communications Manager for the Clinton Foundation. Plus, learn all about the Clinton Presidential Center's 10th Anniversary Events, including a free community concert on Nov. 15 featuring Nick Jonas, Kool & the Gang, Amos Lee and others. 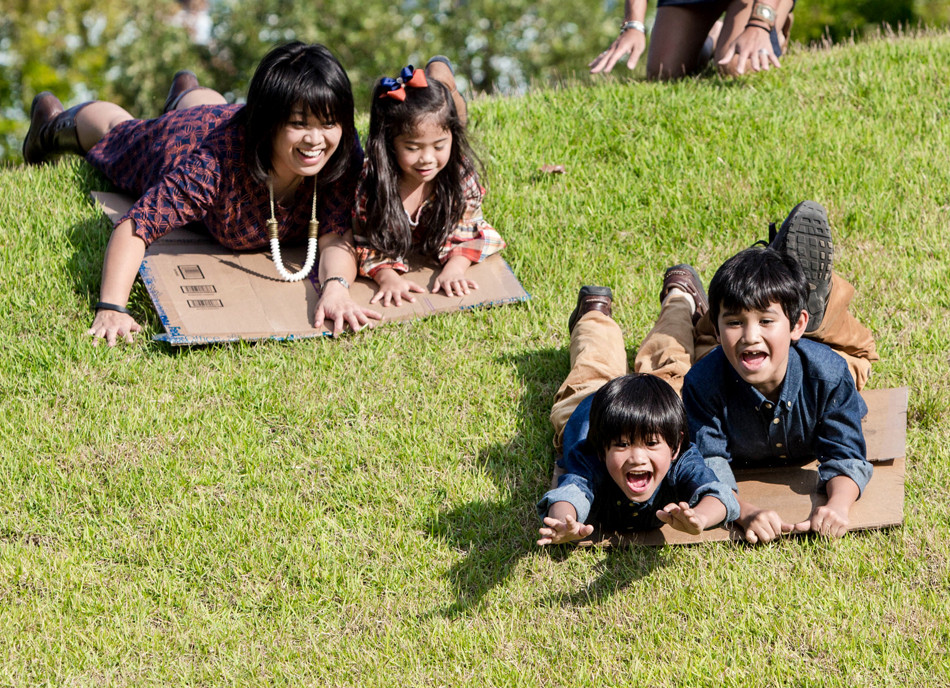 Share It Tweet It Pin It
Unofficial Business: boxsledding on the Clinton Center Grounds! Michael, Warren, and Olivia Kittell take their Tati on a wild ride—just another day in the life of Tati Joy.

There’s an old proverb historians have connected to several cultures throughout the centuries. It’s a proverb that conveys a child has the best ability to become a healthy adult if the circle around them takes an active role in how they are reared. The immediate as well as extended families influence them and take stock in having an impact. That ancient proverb is, “It takes a village.” The term was popularized on more of a mainstream level with the publication of Hillary Rodham Clinton’s book of the same name in 1996.

Today’s world where families have become more scattered poses a challenge. But, establishing positive relationships with extended family members still helps build strong, healthy families. They can help provide emotional and physical support, encouragement, and share interests or hobbies. Emotional bonds with people at church, school, neighborhoods and other avenues are important to the self-worth of children as well.

Local community leader and aunt extraordinaire, Joy Secuban shares with Little Rock Family the JOY of being involved with her family and the love of her work as the Communications Manager for the Clinton Foundation.

Joy Secuban: I lead the Communications team’s work including exhibits. It’s so cool to come up with ideas and travel and see if things will work in our state for families and school children to enjoy…from preschoolers to senior citizens. It’s another way of storytelling, turning the two dimensional into the three dimensional.

The Clinton Center is evolving all the time. We think outside the box, especially with temporary exhibits. Perfect examples are Lego: Art of the Brick and Oscar de la Renta. Next summer we’ll have dinosaurs with animatronics. We want to be that community cornerstone known as an educational venue with local and international appeal.

Out of all the roles in my life though, my favorite is being an aunt. My sister JoJo has Michael, Warren and Olivia. My sister Gigi has Jonah. They call me Tati. My parents immigrated from the Philippines, so I am a first generation American. Tati (pronounced Tah-tee) is actually supposed to be Tita (Tee-tah), but Jonah mispronounced it when he was little and it just stuck.

I love them so much. I was there in the beginning when they were born and I plan to be always be there for them. I get to show them fun parts of life, but not be afraid to call them out when they get in trouble. I also get to spoil them a little bit too!

We do a lot together. We go to the bookstore and Kroger. I take them to birthday parties, baseball and soccer. I even had my own birthday party at Chuck E. Cheese, so everyone could really enjoy it. It was so much fun!

I love sharing my life with them. They don’t really quite understand what I do (at the Clinton Center) yet, but they see it as a creative, artistic outlet that involves history. Michael enjoyed our Dr. Seuss week celebration. There was a birthday party with local celebrities. There were free tours, reading fun and cupcakes. Olivia loves pink and loved the pretty dresses in the Oscar de la Renta exhibit. We’ve also built mosaics with glass during the Chihuly exhibit.

Our parents were such hard workers. Mom is a nurse and dad is an accountant. They taught us to dream big, work hard and you can achieve anything. That’s the core of who I am. I want my niece and nephews to learn those same lessons. I want them to know hard work pays in dividends and for them to be successful and happy in what they are doing. I have high hopes for them to build upon what our parents did, build on what we have done, and take it to another level. They are so important to me.

Saluting a Decade of Progress 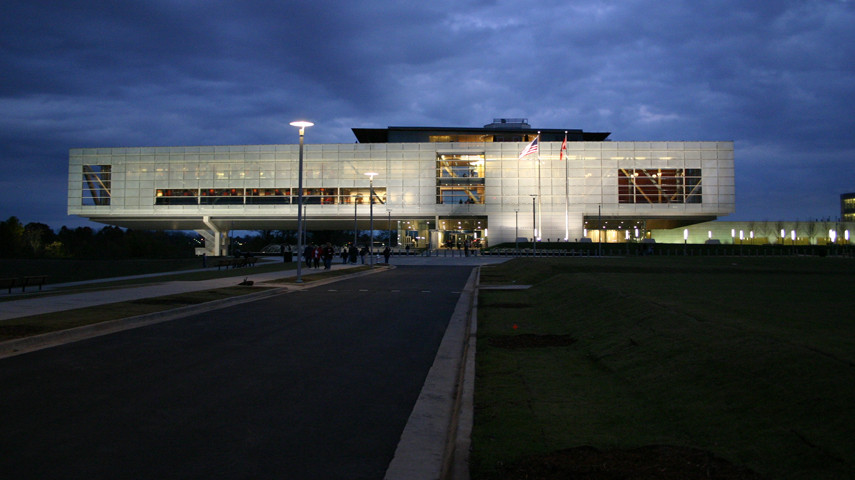 Gretchen Hall, President & CEO of the Little Rock Convention and Visitors Bureau along with James L. “Skip” Rutherford, III, Dean of the University of Arkansas Clinton School of Public Service share what the Clinton Center has affected over the past decade:

It’s been nearly ten years since the opening of the William J. Clinton Presidential Library on November 18, 2004; a true landmark that has drawn millions of visitors to Little Rock, and has spurred unprecedented cultural, economic and social progress. November 18 will mark the library’s 10th Anniversary. The Little Rock Convention & Visitors Bureau, along with the Clinton Foundation and many others, will be coordinating a 10-day celebration leading up to this important anniversary. The opening of the Clinton Center (Clinton Presidential Library, University of Arkansas Clinton School of Public Service and the Clinton Presidential Park) has forever changed the landscape of Little Rock, and was undoubtedly the catalyst that has propelled more than $2.5 billion in economic development to the Central Arkansas area.

The Clinton Foundation’s initial goals for the Presidential Center focused on four themes: economic development and revitalization of downtown Little Rock; developing an institution of higher education promoting public service; a tourism magnet for Arkansas and the mid-south; and archival repositories where the past, present and future intersect. Ten years later, Little Rock and all of Central Arkansas have benefitted from the advancement of those goals.

For up-to-the-minute details on 10th anniversary celebration plans all month long, including some scheduled free admission days, go to ClintonFoundation.org.