It takes a village to raise a child, the well-known adage goes. Anna Stengel has assembled hers, and it is helping her students explore science beyond their imaginations and push past their physical limitations. Stengel comes from a family of teachers and utilizes her father’s military and teaching background, along with her brother’s past experience at NASA, to bring outer space down to Earth—Clinton Elementary in Sherwood, to be exact. 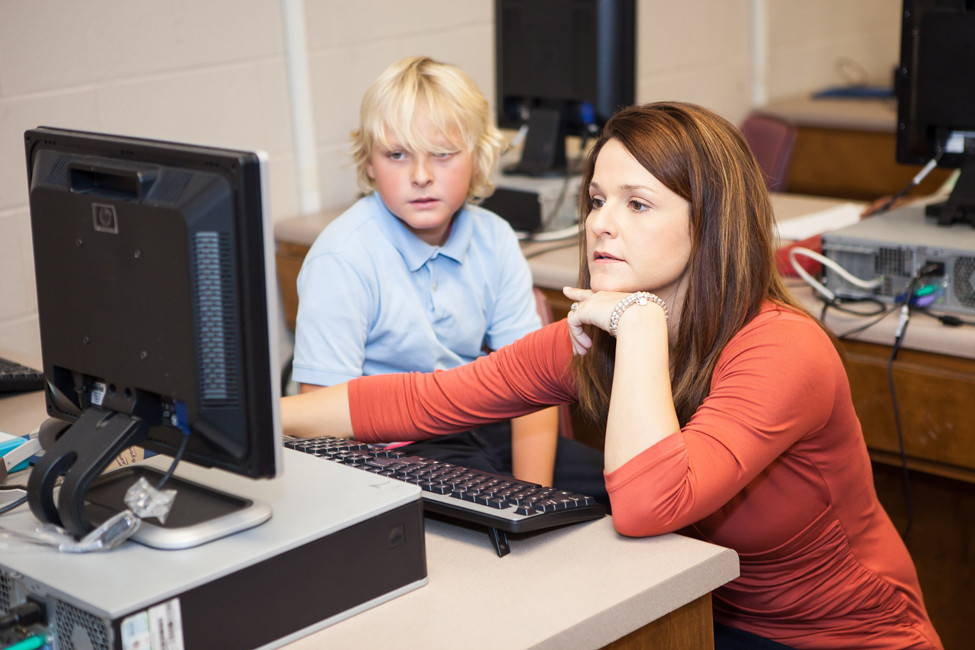 It takes a village to raise a child, the well-known adage goes. Anna Stengel has assembled hers, and it is helping her students explore science beyond their imaginations and push past their physical limitations. Stengel comes from a family of teachers and utilizes her father’s military and teaching background, along with her brother’s past experience at NASA, to bring outer space down to Earth—Clinton Elementary in Sherwood, to be exact.

For Stengel’s fourth grade students each spring, a week is devoted to her highly-anticipated space camp. Students eat like astronauts while learning about historic space missions, the international space station and future space exploration. The week comes to a spectacular close with students launching missiles that they build in teams with other classmates.

“I have seen kids who’ve left Clinton, at the dentist’s office or Walmart, and they ask ‘are you still doing space camp?’ I know it has had an impact and stretched their minds,” Stengel says. It’s one of the reasons she began teaching. While no one can argue that being a stay-at-home mom is difficult work, Stengel wanted her two boys to see their mother as a professional outside of the home. She went back to school and began her career in the classroom in 2009.

The hands-on experiences extend beyond space camp for Stengel’s fourth-graders. “Whatever it takes to help my students reach their goals, that’s what we do. I use the community around us to help or my own resources,” Stengel says.

And like other great teachers, she doesn’t see classroom struggle as something that should be avoided. “Every student has to have a different goal. Sometimes parents are frustrated that their child may not be achieving at the same rate as another student. It may take some students longer to grasp certain concepts, but when a child beats their goal…when a child says they’re proud of themselves, that is better than anything.”

When a child is struggling in a particular area, Stengel says small groups and differentiating the teaching helps meet the child where they are. There’s more time for one-on-one instruction during these moments. Stengel especially pushes her students who are afraid to take risks, whether it’s not raising their hand to answer a question aloud during class discussion or freezing up while performing a difficult assignment. “Sometimes you learn more from being wrong than getting the answer right,” Stengel says.

Stengel doesn’t just push kids to excel inside of the school, but outside of it too. Through an after-school running club, Stengel and another teacher are bolstering students’ confidence one mile at a time all school year long. By April, students have completed just shy of a marathon. They run the final mile in the Little Rockers Kid’s Marathon, a part of the annual Little Rock Marathon weekend.

“Running is fairly cheap. Most kids can do it, and we have even had parents come run with their kids.” The club has meant triumph for the young runners: “We had a young girl who was struggling. She was in the club but did not want to run. She is doing so well now, and it makes your heart melt. That was our hope. Everyone won’t be a star runner. We just want them to realize that they can do it.” The running club also creates an opportunity for Stengel to impress upon the youngsters the importance of routine exercise and healthy eating.

Stengel hopes to dispel myths about teachers and the notion that their jobs and schedules are easy. “A lot of people look at our schedules and say we get a summer and winter break and that we get off at 2:45. But I don’t know many teachers who get off at 2:45, or aren’t working on perfecting their craft in the summer. It’s a lot of work. It’s hard work, but when you see the reward, it’s worth it. Good teachers don’t mind doing it.”