Keeping a sense of normalcy in a life spent in the public eye isn’t easy. Rob Evans tells Little Rock Family some of the factors that have helped the family stay grounded. 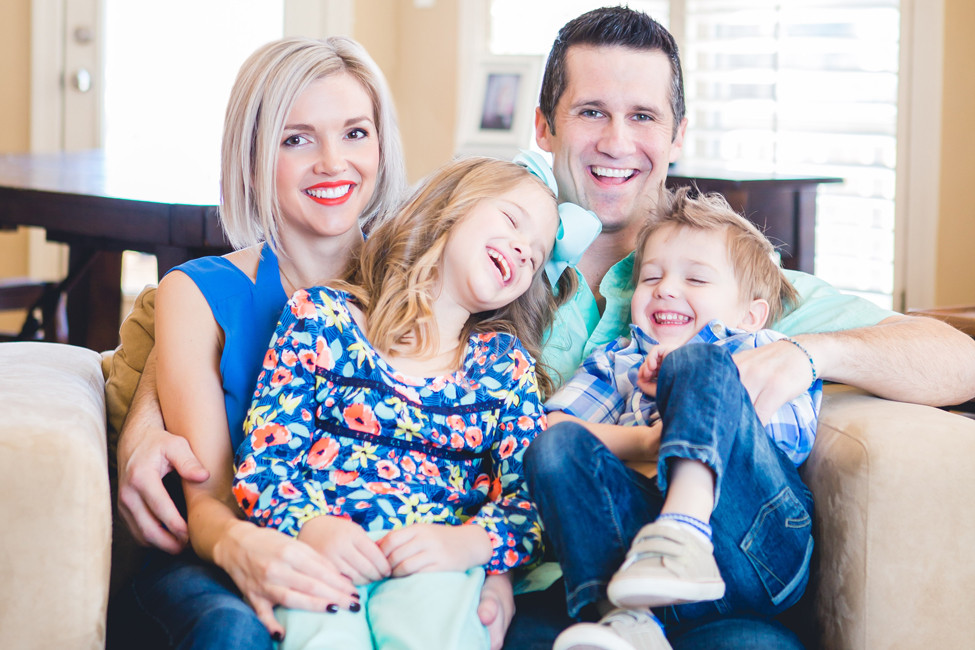 When you really get down to it, THV-11 anchor Rob Evans’ life has been a series of love affairs. The first blossomed when the St. Louis native first heard his boyhood idol, a local phenomenon named Christopher “Zip” Rzeppa.

“I loved this guy; he worked for CBS (in St. Louis) and he was a sports anchor,” Evans said. “He had a thing called ‘Zips’, the best and worst and most wonderful moments in the world of sports. Every Friday, I used to stay home just to watch him. It was so fun, energetic and it was so entertaining.”

Evans was so hooked he was inspired to go into journalism, first the high school print variety and, upon reporting to the University of Missouri in Columbia, the broadcast kind.

“I just fell in love with it,” he said. “I did sports for 10 years and then switched over to news.”

In between late night stand-ups at baseball games and traipsing all over the Midwest following local sports teams, Evans stumbled onto the second great love of his life: his wife, Ashley. It was a match made in cyberspace.

“I sent him an email just randomly one day,” Ashley said somewhat sheepishly. “I was on the news website and there was this little picture of him on the sidebar. I read the full profile and it said, ‘Email Rob’ and I sent him an email that said ‘Are you single? I promise I’m not as crazy as this email.’”

“Literally she emailed me just one sentence. I always replied to viewers because I just always do,” Rob said. “I was like, ‘Oh yeah, you’re from St. Louis, blah, blah, blah.’ We emailed back and forth and by the fourth email she sent me a picture and I was like, ‘Oh. Hi.’”

The email led to a lunch date that’s basically gone on for nearly a decade. The Evans still talk like newlyweds about each other, a love which sustained them through crisscrossing the country for Rob’s career, the last stop being south Florida before moving to Arkansas in September 2016.

It also helps with the strain of living in the public eye.

“There’s actually women that are crazy, because they love to come up to him and say things like, ‘I love waking up to you in the mornings,’ or ‘You were in my bedroom last night,’” Ashley said. “It’s just kind of weird.”

For Rob, attention is part of the package but for Ashley who lives a more subdued existence in the corporate world, it was something to get used to.

“I want (people) to get to know me, but at the same time, yeah, there is that fear there might be some crazy person out there,” Rob said. “That’s a very heartbreaking thing to have to say because you want everyone to share your life. I do put pictures of my kids and my wife on social media all the time, but I didn’t with (Ashley) for a long time and she got mad at me. I’m like ‘Baby, this is a serious thing.’ She didn’t really understand it at first.”

As clear as the Evans’ love affair is for each other, their love for their children — daughter Carley, age 7 and son Kason, age 3 — is even more pronounced, particularly in the bond between father and daughter.

“I always wanted boys growing up,” Rob said. “I’m going to have a baseball team, a basketball team, whatever – all boys. And I found out I was having my girl and I was like, ‘How am I going to raise a girl? I don’t know how to raise a girl. I’ve never had any experience with little girls, it was always little boys. I don’t know what to do.’

“I could not fathom then how much I would love that little girl and how much she is my entire world. My son, he’s going to take care of himself. But she is Daddy’s little girl.” 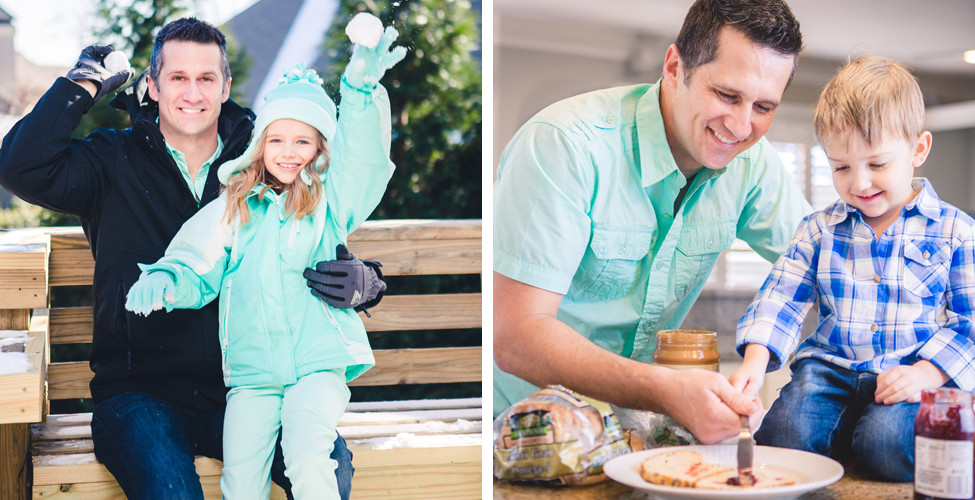 Keeping a sense of normalcy in a life spent in the public eye isn’t easy.

Rob Evans tells Little Rock Family some of the factors that have helped the family stay grounded.

LRF: What’s the best thing about your job?

Rob: It’s fun. It’s exciting. It’s something new every day. It’s just awesome — to get to be you for a living? Come on.

But it’s also a nomadic existence going from job to job, isn’t it?

It is, but it fits with your goals. My goal when I was young was I’m going to do sports in a big city. Then I got married, had kids and realized it’s not about that. It’s about being happy; it’s about your family being happy and being safe. Now, I have no plans on leaving (Arkansas), ever. The kids love it here, the wife loves it here, I love it here.

What in you has changed the most since you had kids?