Larry Clark Sr. is the founder and now executive director of Life Skills for Youth, or LSY, an after-school and summer program helping students of all ages prepare for the future. 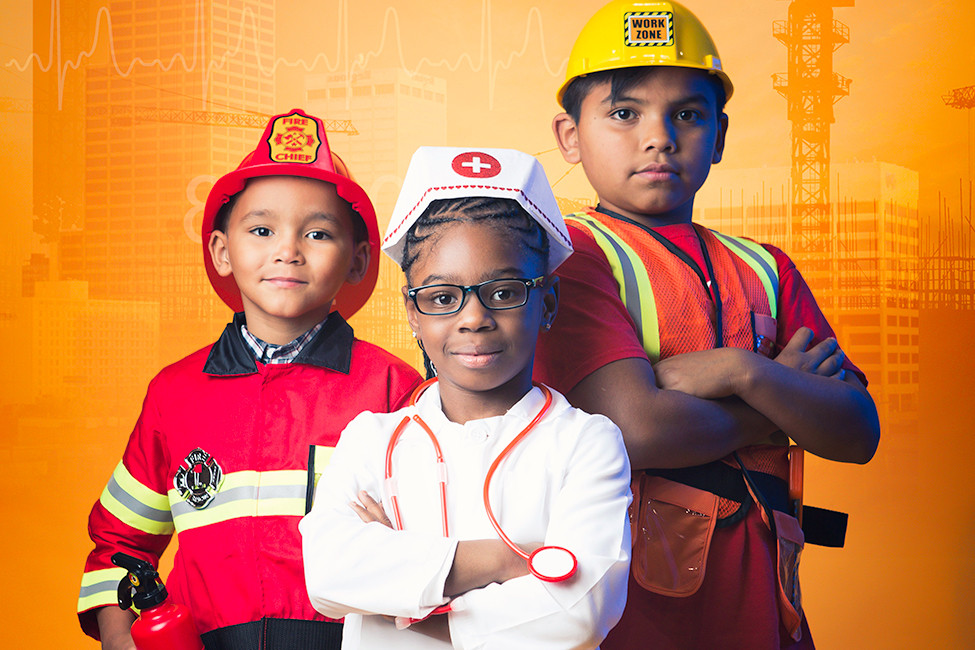 It’s a dreary Tuesday afternoon around 3 p.m., but inside South City Church it may as well be Christmas morning. Preschool and kindergarten students unload from vans and run into the building, their huge backpacks bouncing on tiny frames.

The kids know exactly where to go the second they walk through the door — straight to their seats for snack time. Their chip bags crinkle and they chatter excitedly with one another. Most of them come here everyday after school, so they all know each other well. After all, kindergarten best friendships only take a few minutes to form.

When Coach Clark walks through the room, a few heads turn to smile his way. He grins and bends down at a student’s chair. She giggles and they begin a clapping, fist bumping secret handshake.

“You got some new shoes today?”

She nods and taps her toes on the floor, shy but clearly excited that someone noticed her bright new sneakers.

“Alright, you be good today!"

Coach Clark stands up and several other kids run over to say hi. One in particular stands out; he’s wearing plastic gloves and collecting the other students’ trash. Coach Clark looks particularly proud of this little man, and explains that he had interviewed for that “job.”

“He’s one of our smartest kids we’ve got here,” he says.

The 40 or so students enjoying their snacks at the moment are only a fraction of the group that will arrive at the church within the next hour or so. By 4:30 p.m., as many as 230 students in pre-K to 12th grade will fill the building.

While the crowd may seem overwhelming to an outsider, the program coordinators and teachers have everything under control at Life Skills for Youth, or LSY.

Larry Clark Sr., affectionately called Coach Clark by everyone who knows him, is the founder and now executive director of LSY, an after-school and summer program helping students of all ages prepare for the future. The organization’s tagline is simple: “mentoring youth for tomorrow.”

LSY takes place at South City Church in Little Rock Monday through Friday with the doors open from 2-7 p.m. each day. Students usually start arriving a little before 3 p.m., and they keep the program going until 7 p.m. so that parents can work or take a college night class before picking up their kids.

With two sons of his own, Clark was heavily involved in coaching Little League sports as they grew up. In 2006, he began to notice that many parents were getting younger and younger, and concurrently, these students were lacking in simple life skills and manners. But what bothered him the most was that he saw more and more kids struggling academically.

So in 2006, he began LSY with a group of 30 students. They met at the Billy Mitchell Boys & Girls Club during that first year and in 2007 he applied for 501(c)(3) nonprofit status and moved to South City Church, which was called Temple Baptist Church at the time.

And as Coach Clark says, “The rest is history.” 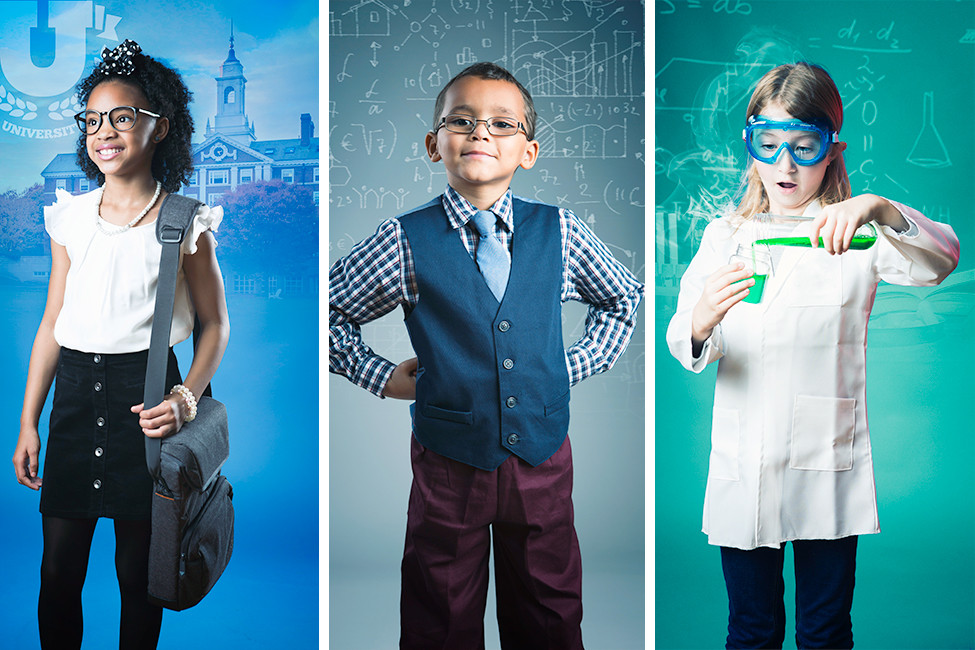 LSY provides transportation for all the students from their respective schools to the church. Each afternoon, students have the opportunity to do homework with designated teachers and life skill coaches, spend time in the gym and take part in enrichment programs.

Enrichment programs include Spanish club, reading club, STEM-focused sessions with guests from the Museum of Discovery and more. Students choose what they’re most interested in and then grow in that area throughout the year.

For older kids, ACT prep and English and math tutors are a key part of the LSY curriculum. The organization is also working with Thompson Driving School to help students log hours behind the wheel as they work towards earning a driver’s license.

One of the most impressive stats from LSY is the students’ 100 percent high school graduation rate. But individual students also have their own success stories.

Students at LSY come from 10 elementary schools, four middle schools and four high schools in the Little Rock School District. In the summer, when the program runs from 7:30 a.m.-5:30 p.m. Monday through Friday, students from surrounding towns also join the program and attendance reaches as high as 300.

The program during the summer is similar to the after-school program, but weekly field trips are added for each age group. Clark said the focus is on “closing the learning gap” during those few months. Guests from organizations such as AR Kids Read, Girl Scouts and UAMS have been part of the program in the past and Clark plans to continue their involvement with LSY.

While LSY takes place at South City Church, the ministry is not run by the church. However, members of the congregation and Lead Pastor Drew Cline are fully supportive of the work LSY does.

“I’m their biggest fan,” Cline said. “Tutoring kids, just loving them, being available to them, helping them read — those are huge things, don’t get me wrong there. And LSY does it better than anybody I’ve ever seen. But on top of that, we want to see kids grow into educational excellence and spiritual health so that we’re not just changing an educational future, we’re changing the paradigm for the community; we’re changing everything for their families. That’s what we want.”

And LSY works to make the program accessible for as many students as possible. Each family pays a $150 enrollment donation for the school year and another $150 for the summer. The majority of LSY’s operating costs are covered by donors.

There is currently a waiting list to enroll, but parents who are interested in applying for LSY can visit SouthCity.org for more information.

As the program has grown, Clark continues to invest in the students who take part in it everyday. He goes into work at his day job at Blue Cross Blue Shield at 6 a.m. so he can leave by 2:30 p.m. and be at the church when the kids are arriving. For him, the success stories never get old.

“This is a spiritual thing — I just kind of know what my purpose is,” Clark said. “Just walking in the door and seeing the kids and hearing what kind of day they had — just seeing them grow. That’s very rewarding.” 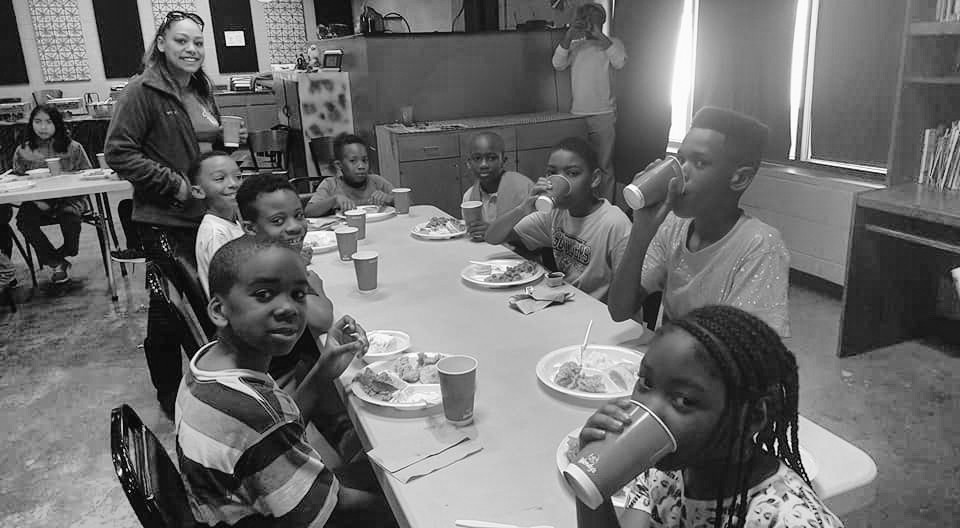 Share It Tweet It Pin It
Hot meals are a daily part of the program for students at South City Church in Little Rock.

An Afternoon at LSY

Elementary students are picked up by LSY staff and volunteers and dropped off at the church.

Homework time for all the elementary students.

Elementary students eat a hot dinner while the middle and high school students enjoy time for physical activity in the gym — they can walk the track, play basketball and more.

Elementary students enjoy a variety of enrichment programs, such as reading club, math club or STEM education. Older students work on homework with math and English teachers who can help them with tough assignments.

Parents pick up their kids and LSY closes its doors for the evening.

May 30 Namaste Wednesday -Yoga in the Garden