Though Ware is a talented and beloved educator, teaching is not something that remotely interested her when she started college at the University of Arkansas. She jokes that she wanted to major in cheerleading, because that was her love. 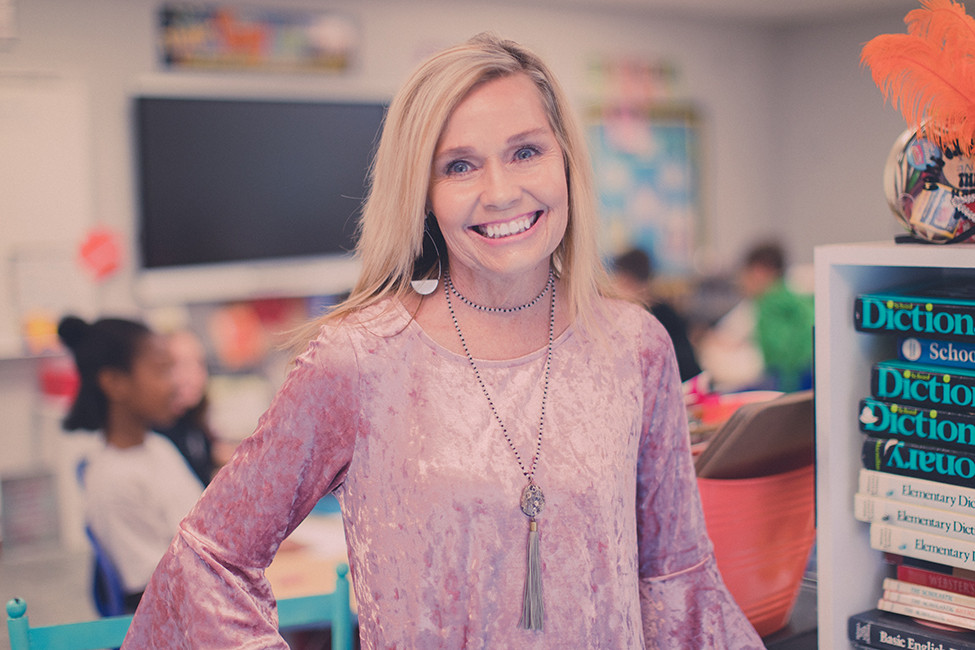 In Amanda Ware’s gifted and talented classroom at Indian Hills Elementary, there’s one little word that no one’s allowed to say — the “c word.”

Ware noticed when she began teaching 32 years ago that her kids were apt to say they couldn’t do something. To combat the negativity that comes with saying “I can’t,” Ware banned the word entirely from her classroom. The “c word” ban has taken on a life of its own, spreading across the school and staying in the minds of former students long since graduated.

“So instead of saying the ‘c word,’ we say, ‘It’s challenging,’ or, ‘I’m not able to do it right now but I’m going to keep trying,’” Ware says. “You can go to any of my students over the past 32 years, and almost every one of them will say, ‘What’s [that word] Mrs. Ware won’t let you say?’ Because of that, you’re telling yourself maybe you can do it. It might take me a while, it might not get done on that first try, but if that’s a goal, I’m going to get it.”

Though Ware is a talented and beloved educator, teaching is not something that remotely interested her when she started college at the University of Arkansas. She jokes that she wanted to major in cheerleading, because that was her love.

Ware’s dad convinced her to get serious about picking a major and encouraged her to pursue a degree in education. So she transferred and then graduated in 1984 from UA - Monticello and began teaching in North Little Rock in 1985. After getting her master’s in administration, Ware accepted a position with Indian Hills Elementary teaching gifted and talented students. She’s been there ever since.

“I absolutely can’t imagine doing anything else,” Ware says. “So I owe it all to my dad. I know I wouldn’t be where I am today if he didn’t send me on that trajectory. I’ve been teaching for 32 years now. I can’t imagine not being a teacher. It’s such a passion and it’s been such an honor to be part of kids' lives and be a positive impact on them.” 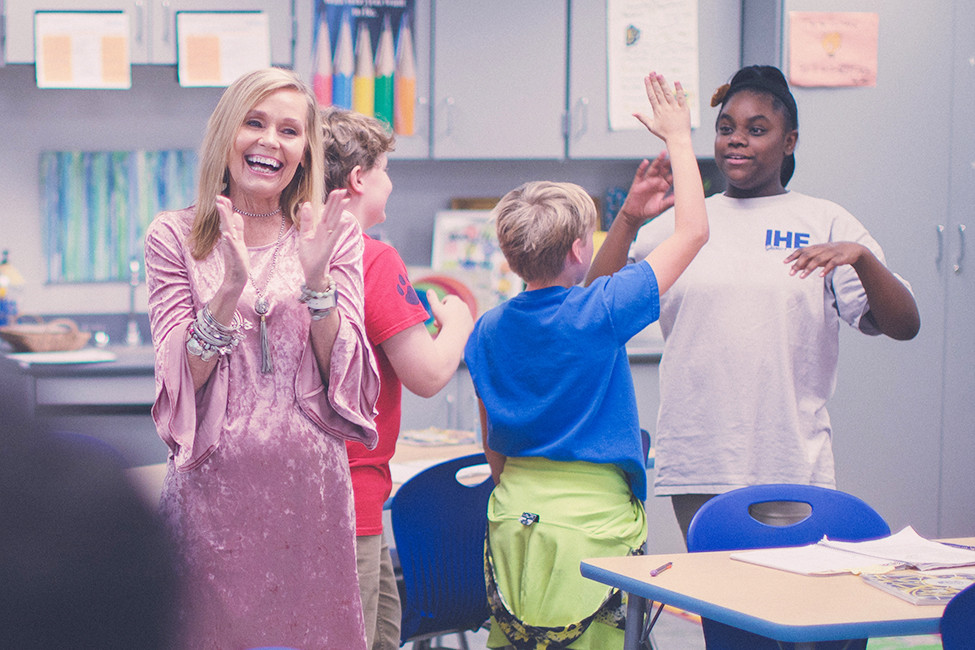 Share It Tweet It Pin It
“I can’t imagine not being a teacher. It’s such a passion and it’s been such an honor to be part of kids’ lives and be a positive impact on them.”

Over the years, Ware has had thousands of students pass through her classroom. She typically has students from first through fifth grade because she teaches a pull-out Quest program. Students come to her class three hours per week focusing one hour on problem solving, unit study and making connections. Ware’s creativity lends itself to exciting lessons, such as building an entire cave complete with cave people and stalactites inside of their classroom to go along with the unit study “Digging Deeper Always.”

It’s clear that Ware’s hands-on teaching and vivacious personality leaves a lasting impression on her students. She says students she’s had students from years before reach out to her via Facebook or come to visit her classroom, which, to her, is one of the ultimate rewards of teaching — knowing you’ve made some small impact on a student’s life.

“I love my kids,” she says. “Once you’re one of Mrs. Ware’s kids, that’s a lifetime thing. We have that as a hashtag. #OnceAQuestKidAlwaysAQuestKid. It’s been our hashtag for quite a long time.”