A new facility in west Little Rock, The Studio is a place where moms can find community, therapy and parenting guidance through the ups and downs of life. 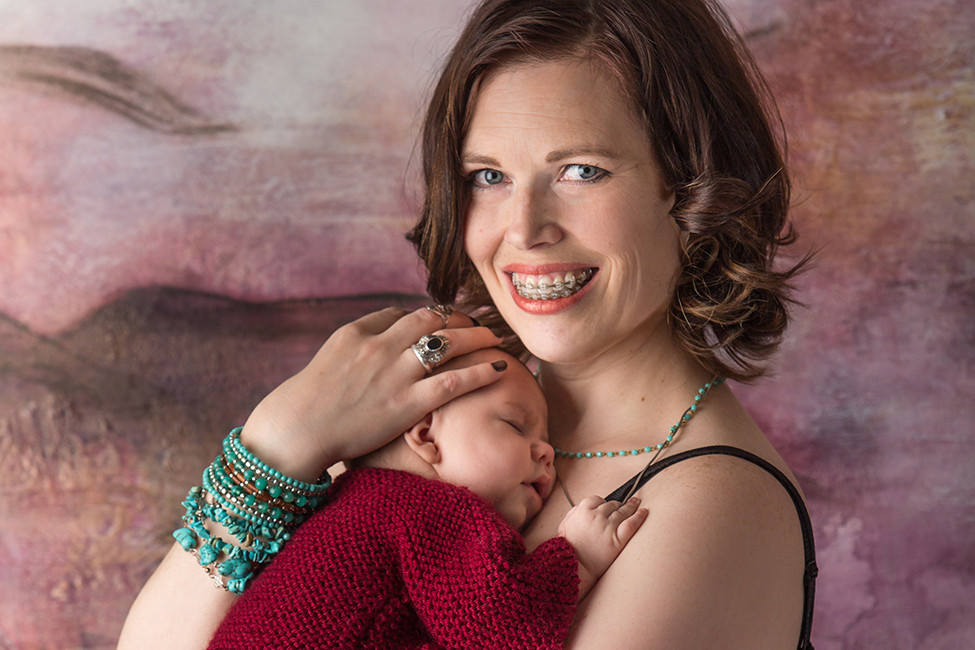 Moving forward while reaching back. It’s a difficult dance between two ideals that Stephanie Johnston is reaching for.

She’s working to create a space for connection; something Johnston calls “tribal” as she compares it to the communal lifestyle of the past, when generations connected daily and grandmothers helped raise children.

But at the same time, Johnston is striving to knock down postpartum stigmas and help people — moms in particular — to realize that being pregnant and having a child isn’t easy, and that it’s more than OK to ask for help. It’s an idea that’s modern and forward thinking, and one that she believes should become the norm.

And while those two goals are seemingly independent, Johnston says they actually work together: The best help and counsel an individual can get is through community and connection.

“Kind of the cure-all is connection; being in touch with other women,” Johnston said.

Which is why, in December 2017, she opened The Studio. Its triangle of core values is simple: heal, create and connect.

As a psychotherapist specializing in women’s issues, Johnston has years of experience in counseling, which is where the “heal” value comes into play. Before opening The Studio, she worked full time at the U.S. Department of Veterans Affairs but has since cut back on her hours there.

Johnston and her husband are both trained artists, which made the “create” value an easy addition.

“I wanted to do art and bring that back into the world and have fun and create by doing art groups (here) and bringing that into therapy,” Johnston said.

The idea of connection runs through the entire business; she hosts support groups for moms and wants The Studio to be a gathering place for women in all stages of life. 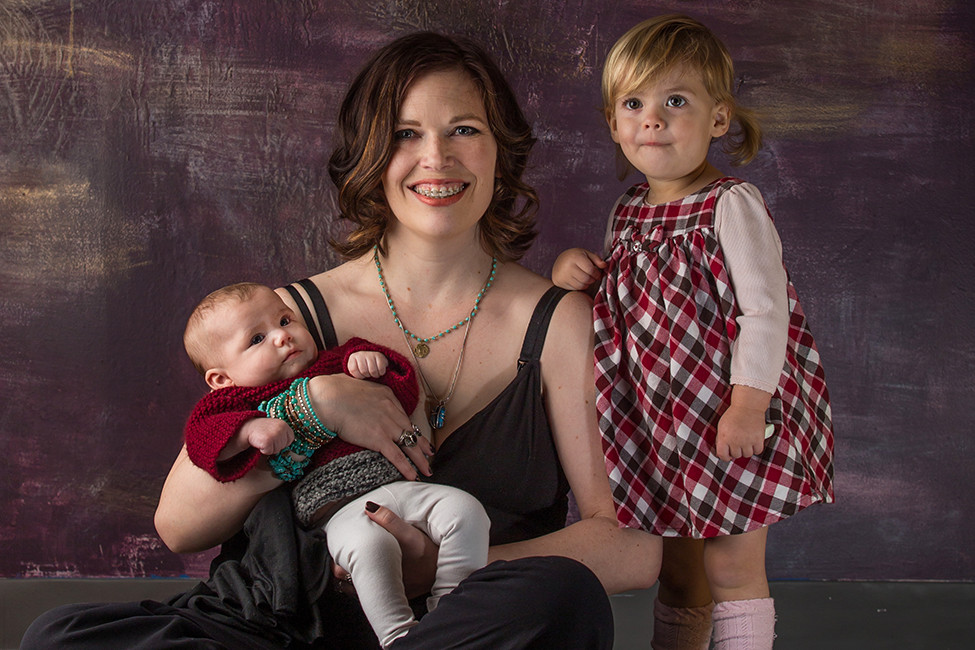 Share It Tweet It Pin It
Both of Stephanie Johnston's daughters — Hazel, 2, and Isabelle, 4 months — had medical complications when they were born, which led Johnston to realize that many mothers need support during those first few months after giving birth.

Johnston’s desire to open The Studio is in part rooted in her own role as a mother. She has a two year old and a four month old and both of their entries into the world were less than picture perfect.

With her first daughter, Hazel, Johnston had a rough pregnancy. She said it was much more difficult than she had expected because so many of her friends had loved being pregnant, but for her that was not the case.

Her labor was equally difficult and after 30 hours resulted in a cesarean section delivery. Hazel was immediately whisked away to the NICU where she stayed for the next week due to low blood sugar.

“It really messed with my head as far as the bonding stuff, it wasn’t what I expected,” Johnston said.

During the next few months, she suffered with postpartum OCD as well as some depression and anxiety.

With her second daughter, Isabelle, the delivery was a much better experience for Johnston, but when Isabelle was born she was blue and quickly taken to Arkansas Children’s Hospital, where it was discovered that she had a congenital heart defect.

“When Isabelle got sick, it really dawned on me about all the postpartum stuff, like postpartum support,” Johnston said. “It hadn’t dawned on me that women in the hospital with their kids are going to need support they can’t get. Now I’m doing Skype therapy and teletherapy so that (those moms) don’t have to leave home or the hospital.” 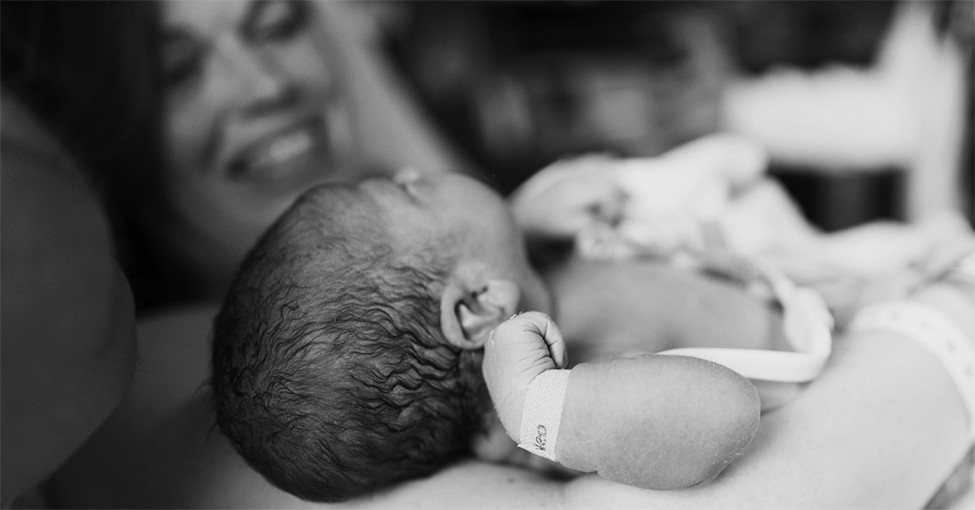 Share It Tweet It Pin It
Professional photography was an important part of Johnston's birth story with her daughter Isabelle. 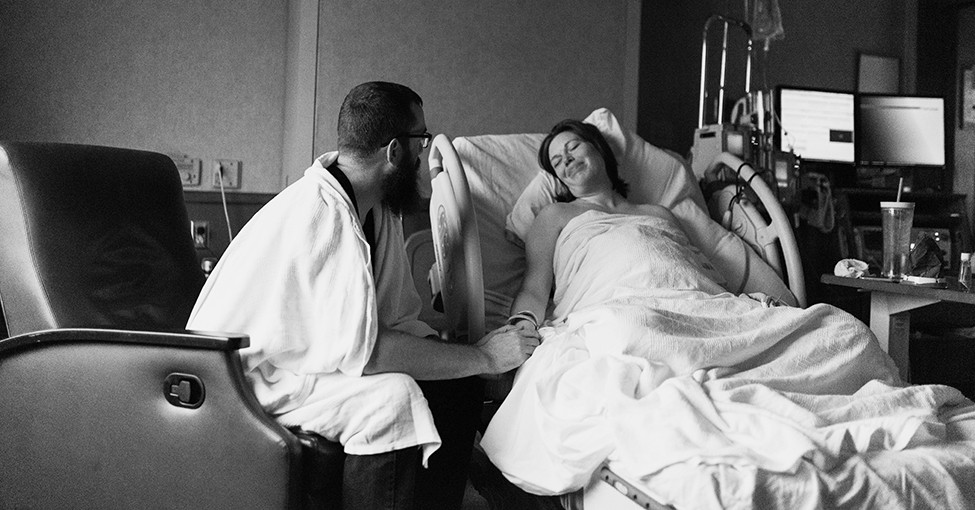 Share It Tweet It Pin It
Professional photography was an important part of Johnston's birth story with her daughter Isabelle.

In addition to prompting her to offer postpartum therapy, Isabelle’s birth also led to a partnership between The Studio and Wandering Oaks Photography.

Photographer and owner Brittany Oaks had been searching for a mom who was interested in having her labor and delivery photographed so she could use the photos on the Wandering Oaks website and in her advertising materials. Johnston saw her post asking for a volunteer and reached out, so Oaks was there to capture Isabelle’s birth.

Now, Oaks is working with Johnston to offer birth photography to clients who visit The Studio.

Johnston is also working with Arkansas Family Doulas, an organization that, similar to The Studio, works with families from prenatal through the parenting journey.

During labor, doulas can provide physical and emotional support. Postpartum, doulas can visit homes to provide guidance in establishing routines with a new baby at home.

Owner Sondra Rodocker manages the team of 12 professionals who work across the state and says that, as doulas, they want to work with each family individually and “meet families where they are.”

“With Stephanie, we’ve connected because we’re both passionate about helping families and creating that village mentality that we’ve lost,” Rodocker said. “We just want to normalize what families are going through and let them know that they’re not alone.”

“We know that every family is different and unique,” Rodocker said. “ With Stephanie’s help, we are integrating and introducing families to the counseling aspect of (raising a child). A lot of people don’t realize that even though ‘we’re in a good place and we’ve got it all together,’ speaking with someone and connecting with someone on the outside is really helpful and important.” 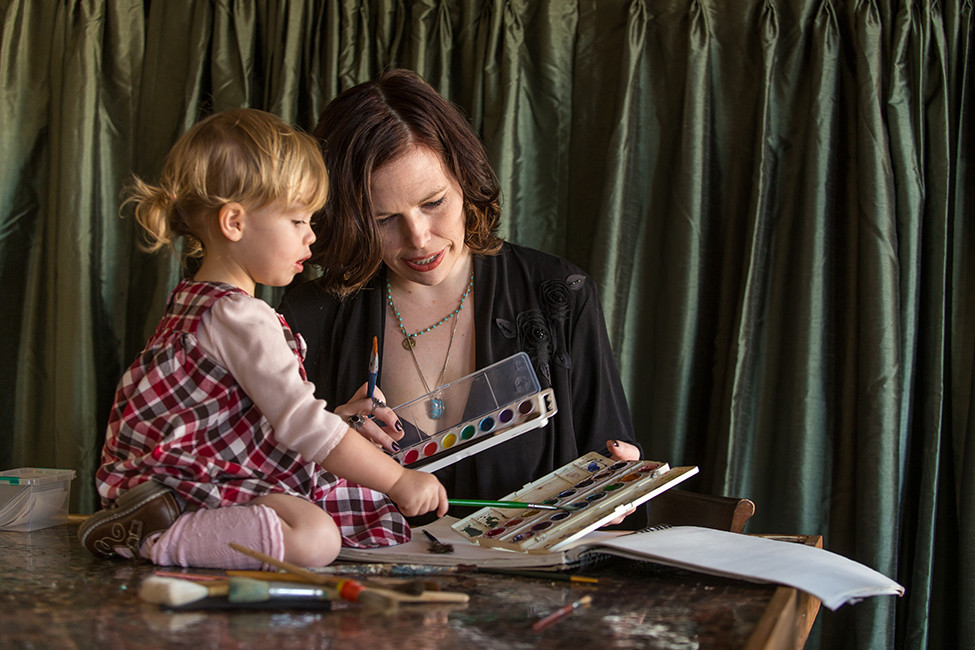 Share It Tweet It Pin It
Creating through art is one of the key values of The Studio.

In addition to these partnerships, Johnston offers a wide variety of classes, therapy, art sessions and more at The Studio. One of her favorites is the Bringing Baby Home Workshop, which is a 12-hour couples’ therapy course.

“It’s like premarital therapy, but it’s pre-child therapy,” Johnston explained. “For anybody who’s about to have a kid or anybody who’s already had a toddler, it’s kind of just really intentionally planning out how you want your family to exist and heading off problems before they start.”

In the sessions, they address topics such as how to fight and make up well as a couple and the rituals and traditions families want to maintain. Some of the questions that come up are “What do you like about your family of origin and want to keep?” and “What kinds of routines do you want to have?”

“We never sit down and have those conversations before you have a kid — you just figure it out as you go,” Johnston said. “So this is a time where you can come here for a few days and really figure everything out.”

Johnston attended training in Raleigh, North Carolina through The Gottman Institute in order to be able to teach the Bringing Home Baby Workshop. From that, her family has created some of their own traditions.

“I’m Buddhist and I have been for about 15 years,” Johnston said. “I love it and it’s very calm and meditative and spiritual and totally makes sense with me, but we live in a Christian world.”

Johnston said she grew up celebrating Christmas and Easter, but she and her husband struggled deciding how to raise their kids.

“We’re a little bit nontraditional; we’ve started celebrating the solstices with our friends,” Johnston said. “We kind of just wanted to make up our own thing.” 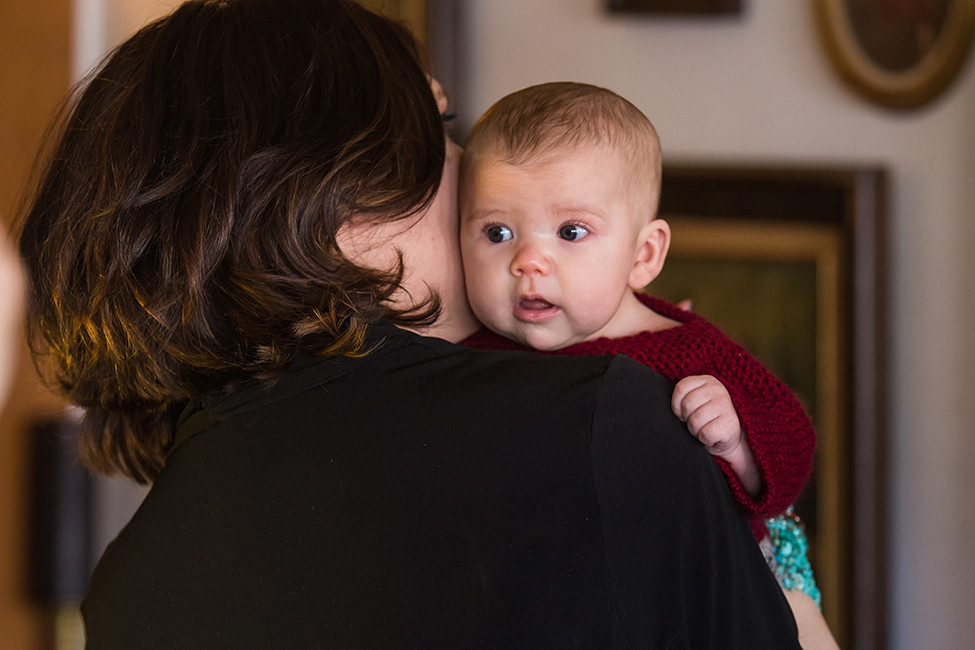 Share It Tweet It Pin It
Isabelle spent time in the NICU but is now healthy and at home.

Other Offerings at The Studio

Johnston also offers a variety of other therapies at the studio, including dialectical behavior therapy, psychotherapy, a mindfulness group and therapy for postpartum support and anxiety.

But across the board, Johnston says the road to healing is simpler than one might expect.

“Being in touch with other women … and just telling your story. That’s the most fundamental cure for all of these issues.”

Struggling postpartum is more common than many people realize. She said she doesn’t like to define it as necessarily “postpartum depression,” but that most new moms fall somewhere on a spectrum, even though they’re often hesitant to acknowledge the struggles they face.

“In reality, it’s just as rare to have that warm, fuzzy, glowing experience as it is to have a super awful experience, but we just don’t talk about it,” Johnston said. “I think the real hangups are the stigma of seeking support … I think every mother should get some kind of support.

“We act like it’s not a big deal to have a kid, and it is. Mentally and emotionally it is such a big deal just to go through that whole experience and it can so easily go wrong. And when that happens there’s no reason to just struggle for two years and try and get over it yourself. Therapy is super effective for that. You really just need to tell your story and that can make it so much better.”

Not everything at The Studio is so heavy. In fact, when it comes to the “create” value of the business’ mission, Johnston offers crafting sessions she calls “Pinterest parties.”

“We bring beer and wine and hang out and it usually turns into like a mom support group,” Johnston said.

Artsy Craftsy Groups are offered every Friday evening from 6-8 p.m. and Saturday afternoons from 2-4 p.m. with seating limited to 10 each time.

For more information on everything that The Studio offers, visit the website at TheStudioLR.space.

Although the business is still in its infancy, Johnston is confident that what she is offering is important to women and moms everywhere — and she’s determined to make a difference.

“The point of all this was that I wanted just a gathering space for women,” Johnston said. “I want to be more active, to actively change the world and make it a better place.”

Mar 6 AMFA Arts on the Lawn