Dr. Jenny Gregory, a Little Rock OB-GYN with three daughters, shares how she follows guidelines set by the American Academy of Pediatrics. 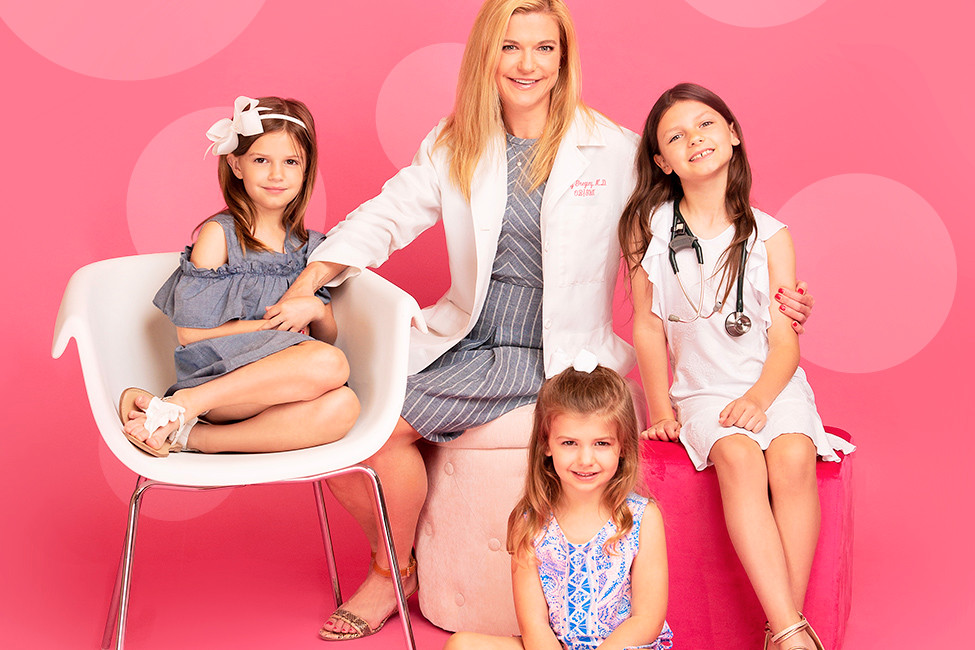 Dr. Jenny Gregory hopes that by implementing healthy habits at a young age, her daughters Evan, 6, Madeline, 4, and Lily, 8, will carry those throughout their lifetimes.

While the Gregory kids may not end up at the doctor’s office or urgent care as often as other children, they’re getting plenty of medical attention at home.

With two physicians running the household, topics like physical activity, immunizations and nutrition are emphasized, with a balance between sticking to the guidelines and letting kids be kids.

As active and health-conscious adults, Jenny says it’s easy for them to encourage physical activity and encourage the girls to eat all their fruits and veggies. However there are some areas, like screen time, that require a little more forethought.

The American Academy of Pediatrics (AAP) sets guidelines in a wide variety of health-based categories, and for the Gregory family, following those as best they can is part of raising their kids with healthy habits and routines.

So what does healthy living look like in the Gregory household? 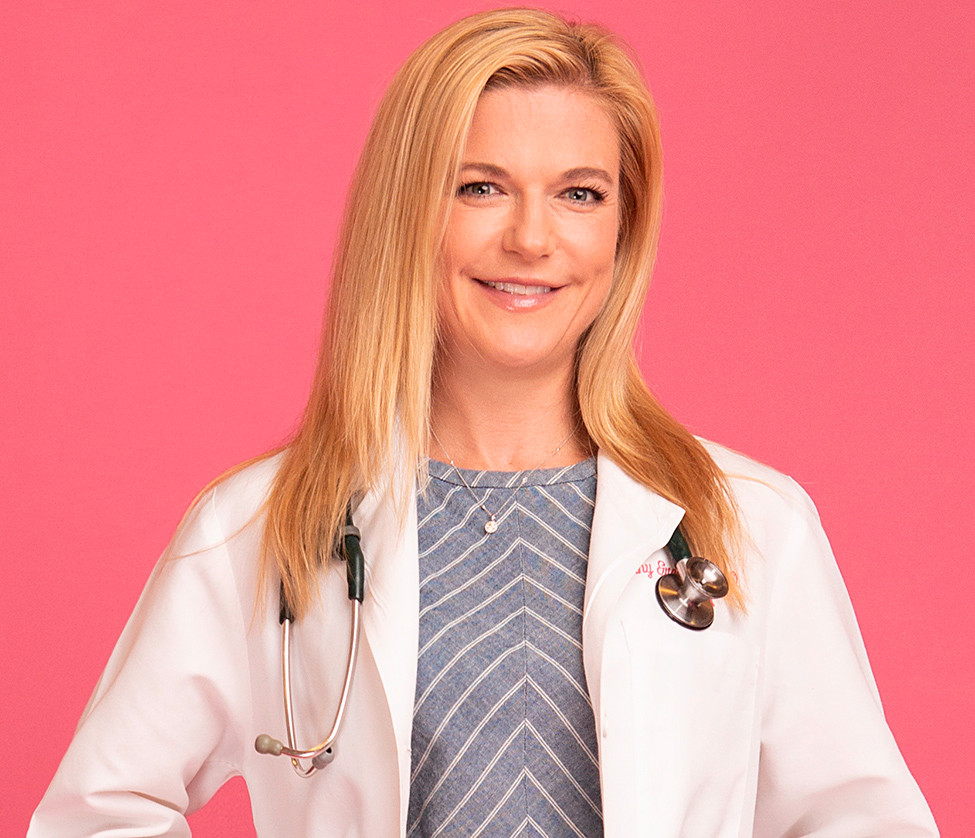 • Children under 18 months should have no screen use other than video chatting.

• Ages 18-24 months should watch together with parents in moderation.

• Kids ages 2-5 should be limited to one hour per day of high-quality programming.

• For ages 6 and up, place consistent limits.

With “screen time” being a relatively new phenomenon, some of these limits and guidelines didn’t exist when the older Gregory girls were born.

“When we had babies it was still kind of an untested frontier and all of the studies were still going on,” Jenny said.

However, they have taken care to set limits now, trying to keep screen time at an hour or less each day. Some days, especially during the week, they won’t get any screen time, while on weekends they may watch a movie longer than an hour, but “we try to stick to the hour rule for the most part,” Jenny says.

And while she thinks these limits are great guidelines, Jenny says she’s also interested to see longer-term studies in the future that reveal more about the developmental repercussions kids could face due to screen time.

“I think it’s just important for them to actually read a book and color and do a craft versus just sitting and watching,” she said. 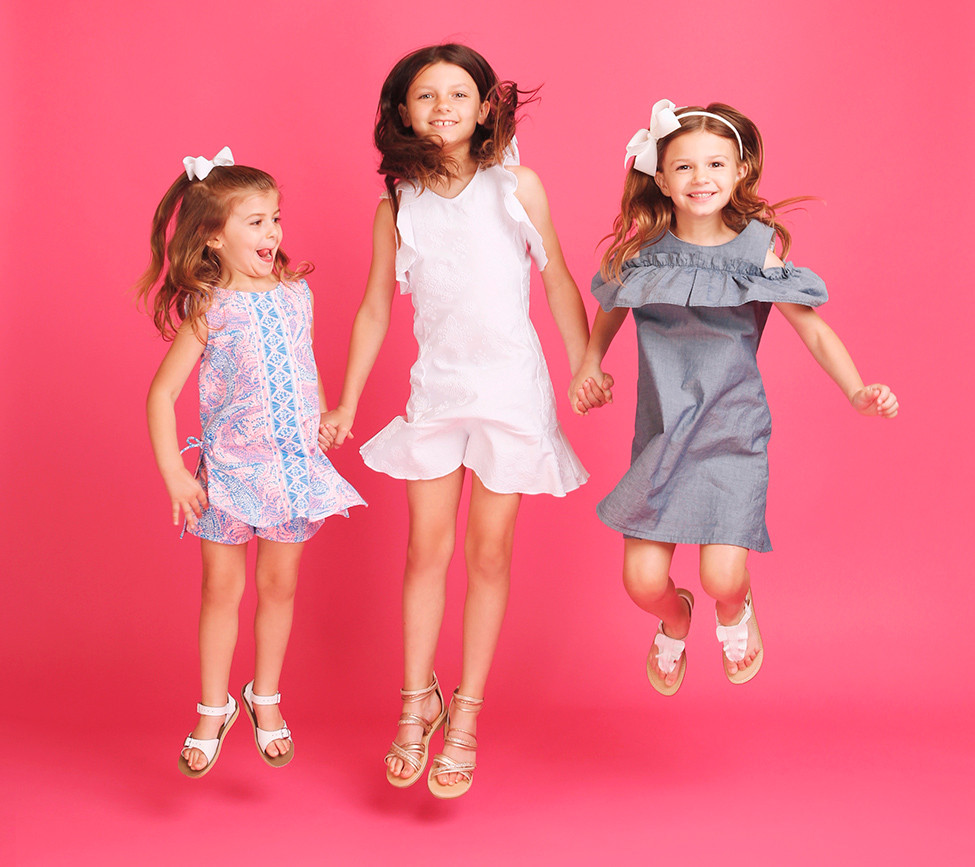 The AAP recommends 60 minutes of activity per day for kids ages 6 and older.

If it’s nice outside, there’s a good chance you’ll find the Gregory family at a park. From a young age, they’ve encouraged their girls to be active and try various activities. Now, all three participate in soccer, gymnastics and dance.

“I think the key is just having some kind of regimen — dance class, soccer practice — where it’s built into their schedule,” Jenny said.

She also acknowledged that this area has been easier for her family than it may be for others, simply due to the fact that the girls have been athletic and enjoy sports and physical activity. But she pointed out that, by providing structured time for physical activity, it occupies kids therefore leaving less empty time to potentially be filled with TV shows and iPad games.

Other benefits of sports and activities Jenny mentioned include improved coordination, learning to work with a group and practice in various social settings. 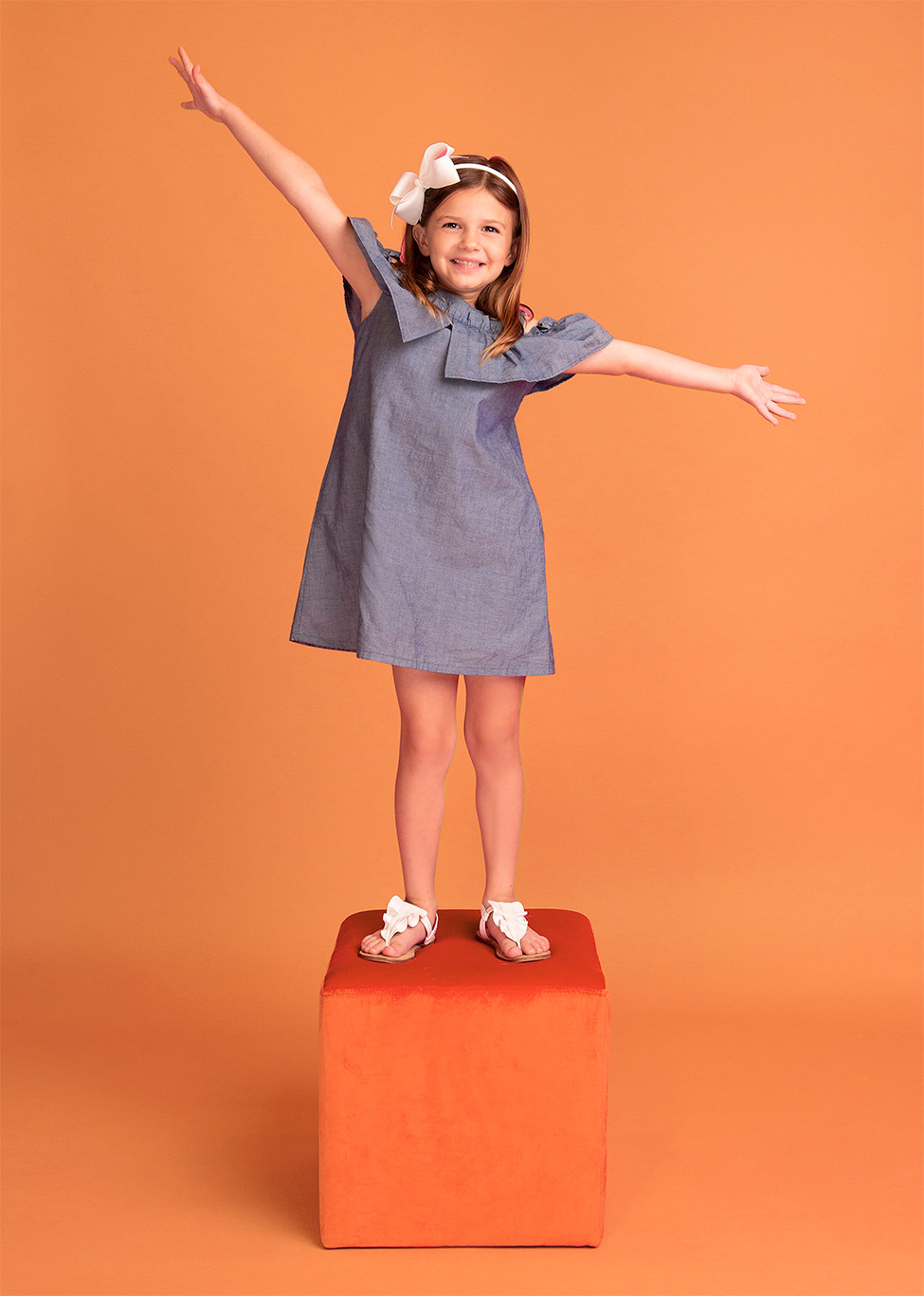 The AAP recommends that kids eat 1 to 1½ cups of fruit and 1 to 2½ cups of vegetables each day. The American Heart Association recommends kids consume less than 25 grams of added sugar daily.

“I think sugar is one of the hardest things. We push water a lot because I think that’s one thing that can help,” Jenny says. “Some kids either get milk or juice and that’s it … but we really encourage just drinking water because there are so many hidden sugars in juice and even milk has sugar in it.”

She said she works on reading labels and being conscious of what is in the food her kids eat, because even when it seems healthy, it may not be. For example, she says she was making oatmeal each morning and then noticed how high the sugar content was. However, she also knows that cutting sugar out completely just isn’t realistic.

“They’re kids. They’re going to eat sugar,” she said, laughing. “But everything in moderation.”

She said that while sugar is harder to curb, she and Wade have done a good job of pushing fruits and vegetables and trying to make sure the girls get the recommended amounts each day.

“And I don’t want to stress too much on them or pressure them about what they eat, but I want them to develop good, healthy eating habits,” Jenny added. 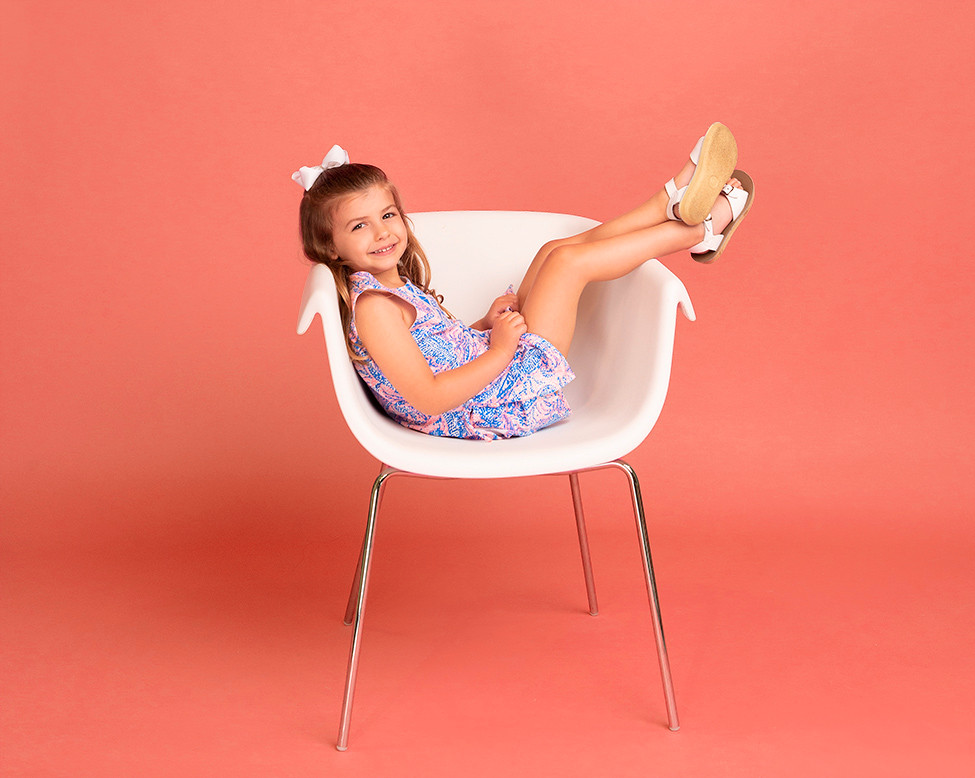 Talking about immunizations gets Jenny fired up — in the best possible way.

“I’m a huge proponent for immunizations. I think the benefits greatly outweigh the risks, not only for our children but for our community and society,” Jenny said.

She says the measles outbreaks happening this year are completely preventable if parents would vaccinate their children, and that there is no data to support the claims of autism caused by immunizations.

All of her kids are kept up-to-date on their immunizations and Jenny says she plans to keep it that way. Her only exception to this rule would be for kids who are immunocompromised, have cancer or face another medical issue.

“Of course any vaccine has small risks, but we’re lucky we have healthy children so that we can immunize our children,” she said. 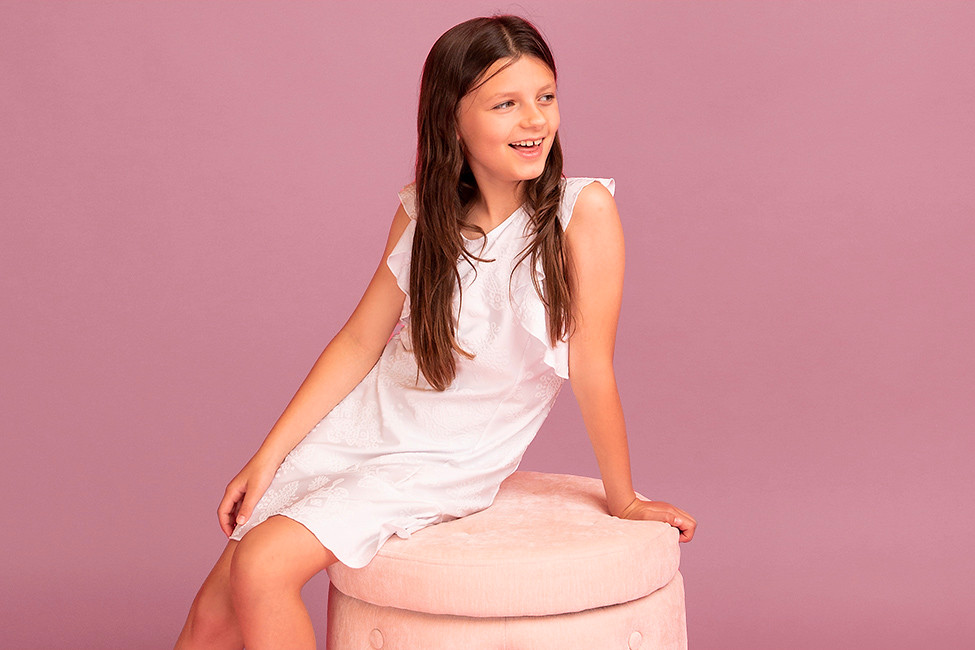 Brushing teeth is yet another pediatric recommendation that creates a habit to carry into adulthood — and this one is fairly simple.

Jenny says that the girls are great about brushing twice a day, although they may not always hit the two minute mark.

“They’re pretty good,” she said. “We don’t have the little timer; we’ve tried that before but it inevitably gets broken.”

While Lily and Evan can take care of the brushing on their own, Jenny says she still joins Madeline to make sure she gets her back molars and spends adequate time brushing.

“I let her brush her teeth on her own and then I’ll say ‘let Mommy brush a little bit,’” Jenny said. 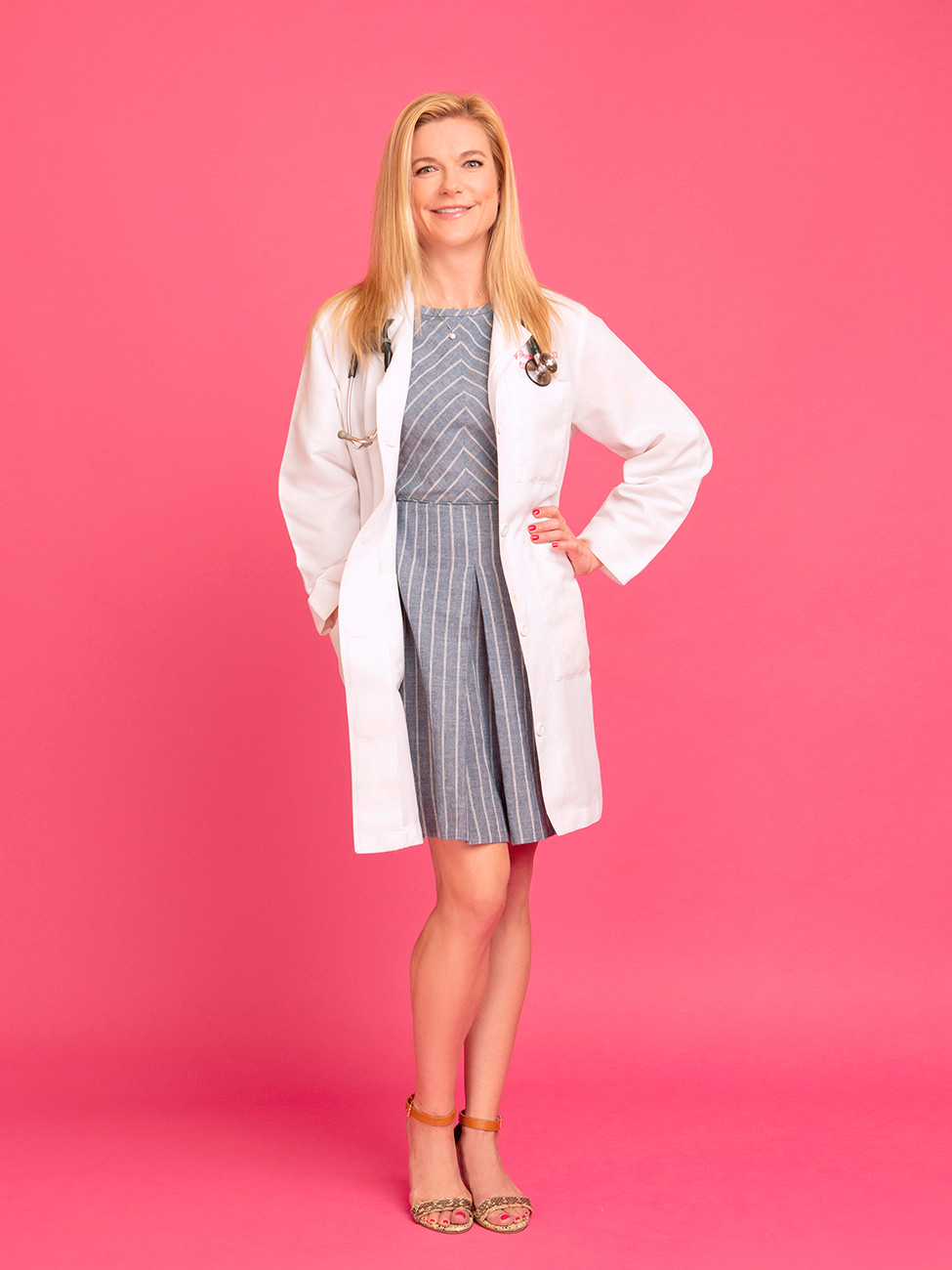 The AAP recently released a new recommendation to start swimming lessons at age 1.

With this recommendation new in 2019, Jenny calls it “a great idea.”

“We did not start at age 1 — I think we probably started lessons around 2 or 3 … but I think it’s a great idea especially if you have a pool,” she said.

While the two oldest Gregory girls are confident swimmers, she’s continuing lessons with the youngest, Madeline, to improve her swimming skills.

“Pool safety to me is very important just because of the ramifications,” Jenny said. “It can be a second you turn away … I never let them in the bathtub without being supervised.”

According to Stanford Children’s Health, drowning is the leading cause of unintentional injury-related death among children ages 1 to 4. Swimming lessons are a great way to reduce those numbers, but Jenny pointed out that constant supervision is vital. She said she has a friend whose 1-year-old child is currently taking lessons and that she’s seen videos of kids at that age learning to swim.

“I think it’d be very good to start at age 1,” Jenny said. “It’s amazing to watch what they can do because they do have the ability to learn.”

No matter what area of health and life she’s focusing on, Jenny tries to remember that her kids are always watching what she and Wade do. Her best advice?

“Our kids are going to mimic us, so we just always need to be setting a good example.”

For more information on the American Academy of Pediatrics visit AAP.org. For information on all the categories covered in the article, visit HealthyChildren.org, a sister site to the AAP that provides parent-friendly, easy-to-digest information.

Aug 15 New Date! Central Arkansas Women's Expo With A Cause 2020