Head on down to downtown North Little Rock the Saturday after Thanksgiving to get dazzled by the much anticipated Argenta Plaza, then stay to watch the city's tallest tree get lit! 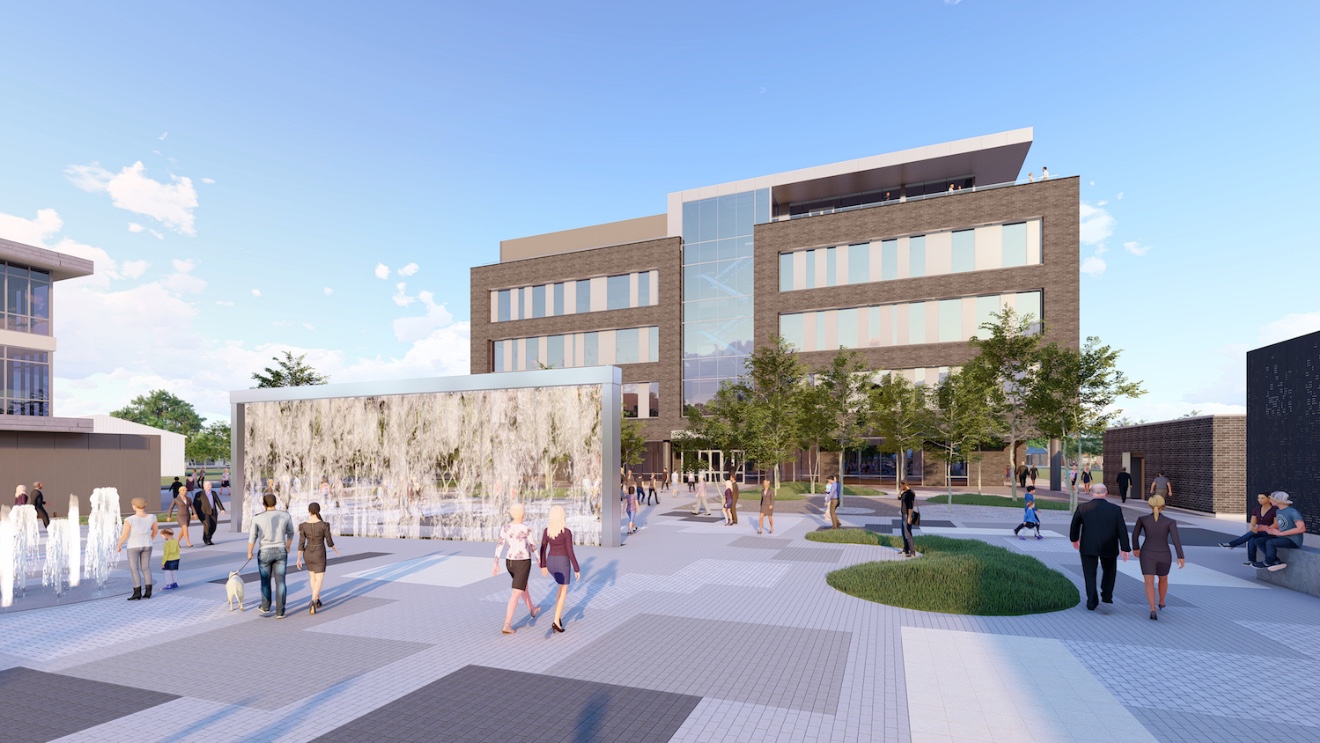 Prepare to be dazzled into the holiday spirit in a few weeks, not only by the tallest Christmas tree in the city’s history but also by the much anticipated Argenta Plaza in downtown North Little Rock.

Maybe you’ve seen some of the modern swings? And wondered what the heck?

The grand opening of the $5 million plaza at 510 Main St., heralded as a gathering place for the whole city, is set to coincide with the city’s Northern Lights Festival, both set for Saturday, Nov. 30.

The doors open at 5 p.m., and the grand opening is set for 5:30 with Mayor Joe Smith and other officials. “Argenta Plaza belongs to everyone in North Little Rock,” the mayor said in a news release. “Our Northern Lights Festival is a perfect opportunity for all neighborhoods to come together and celebrate the holiday season as one community.”

Argenta Plaza features a “front porch” area with modern swings; a stage with a 40-foot video projection wall; a water wall; fountains; and a “backyard” area with trees. The entire plaza, except for the backyard area, where the new First Orion headquarters is underway, will be open on Nov. 30.

There will also be horse carriage rides; a small holiday market of locally-made goods; food trucks and libations; a kids’ zone where they can get photos taken with Santa and Mrs. Claus and make holiday cards for veterans; storytime with the Laman Library on a Rock Region METRO streetcar; carolers and actors from Argenta Community Theater’s “A Christmas Carol” in period costume; and “a few extra surprises,” the release states.

The plaza will be managed by the bureau and available to rent for public and private events.

In addition, the North Little Rock Sertoma Christmas Parade is set for 2 p.m. the day after the festival (Sunday, Dec. 1) on Main Street, and tickets are on sale for “A Christmas Carol” at Argenta Community Theater from Dec. 6-14.