Zara Abbasi Wilkerson's family emphasized resiliency and making the most of every moment. Even after a journey through law school, she has kept honing her craft of cooking and baking. 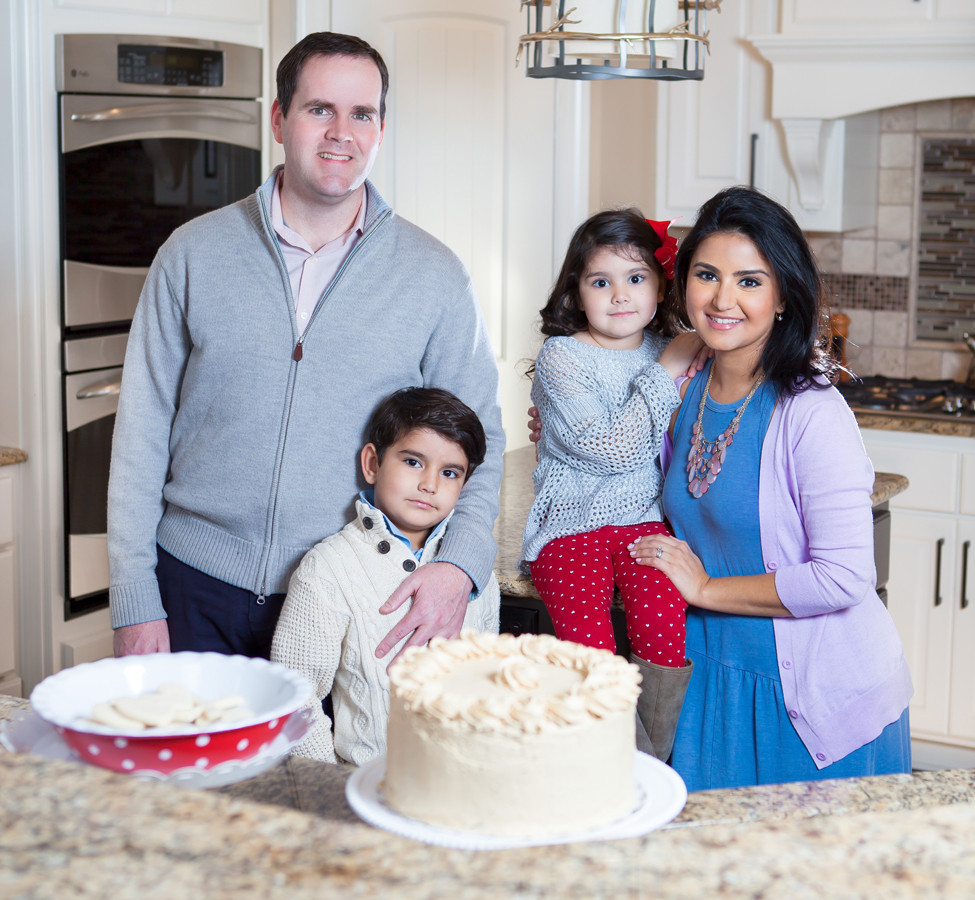 “I’ve been baking since I was 6 years old. I wrote my first cake recipe at 6 1/2. It was in the form of a story,” Zara Abbasi Wilkerson says with a sweet chuckle. She goes on to say not long after that she tried her hand at a three course dinner featuring honey mustard chicken. “My mom always gave me confidence. The chicken wasn’t quite done, so she said it had gotten a little cold and she was just going to heat it up a little.” Zara’s mom did more than discreetly save her family from salmonella that day. She motivated her daughter to keep trying and focus on successes not failures.

Zara continued cooking and baking and learning. Her family emphasized resiliency and making the most of every moment. “My husband accuses me of living in the 50s, but it’s all in how you choose to remember things. My parents turned ordinary things into extraordinary things. They turned little things into fun things. We didn’t have much money, but they made life special,” she shares.

Zara and her two younger brothers were raised in New York City then Boston. Their family moved to Paragould, Arkansas when she was 16. “It was a great experience but when we first moved to Arkansas, I cried for a year. It was a hard transition but it taught me to adapt,” she explains. Her family later moved to Little Rock and she attended college at the University of Central Arkansas in Conway.

Her resiliency was put to the test when she was involved in a serious car accident at 19. “All I remember is seeing the car coming at us,” she recalls. After that she spent nine days in the hospital and couldn’t walk. She had a long recovery and returned home to finish up school at UALR.

“When you’re young you think you’re in control. You don’t feel you have control of things after something like that. The wreck gave me a monumental change in my perception of things. It made me value things more,” Zara explains.

During college she worked at Ruby Tuesday. There, she reconnected with a former International Relations classmate from UCA named John Wilkerson. Zara was a double major in criminal justice and political science. John was a double major in political science and history. With many common interests, they soon began dating and marriage was on their minds. 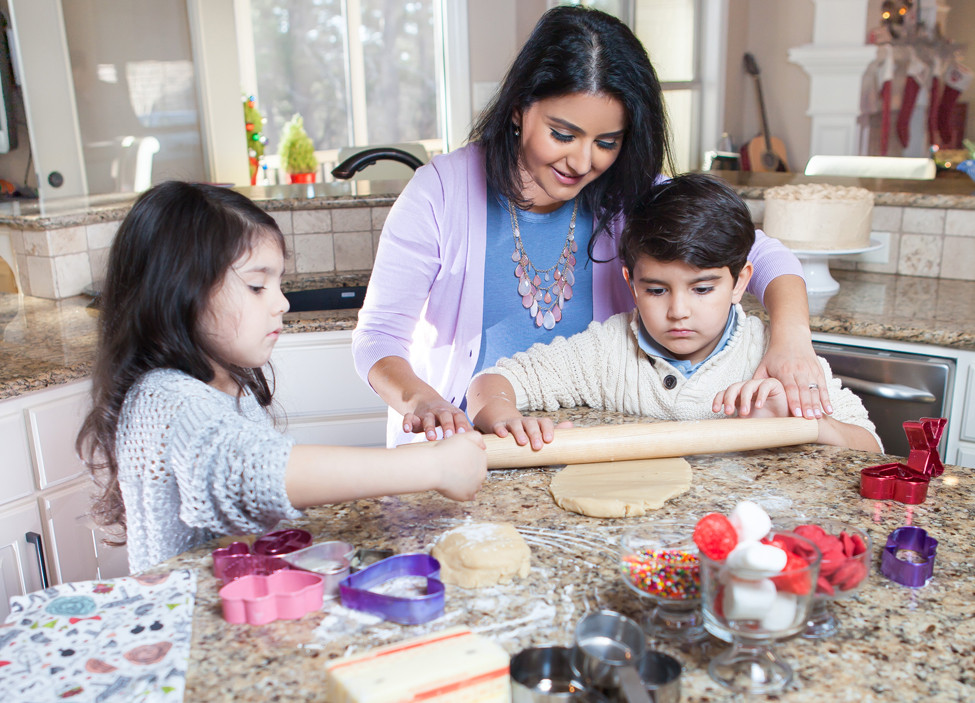 Another test of Zara’s constitution was placed before her though. She says, “I was told I couldn’t have kids. I had a fallopian tube deformity.” When she found out, she wanted to go ahead and tell John so he could choose whether or not to stay in the relationship.

John happily stayed in the relationship. Two years after they were married and with no fertility treatments, they found out they were pregnant with Razik. A year later they found out Amila was on her way. “I call them my miracle babies. They’re a gift to me. We were in law school. We weren’t even thinking about kids,” Zara beams.

Attending law school is difficult in the most ideal of circumstances. Making it through law school while taking care of young children adds a whole other layer of difficulty. “I’m one of those people who does listen to her parents. My mom dropped out of school to have me. She didn’t let me waver. My mom never made it a big deal. She said they were there to help and didn’t want me to drop out,” Zara says.

Zara says even now they rely heavily on their parents. “We are very fortunate to have both sets of parents involved with our children. It’s such a blessing. We are so grateful. We offer to babysit our friends’ kids too when we can so they can have time together as well. The family foundation is that we want to see everyone succeed.”

“John has always been so supportive of anything and everything I do too,” she says of her husband who is an attorney for the Arkansas Municipal League. Zara adds, “We lean on each other. We take turns in everything. We know there are times that are going to be hard, so what? If you stress about it, it’ll pull you apart and you won’t solve anything. It takes balance with common sense.” 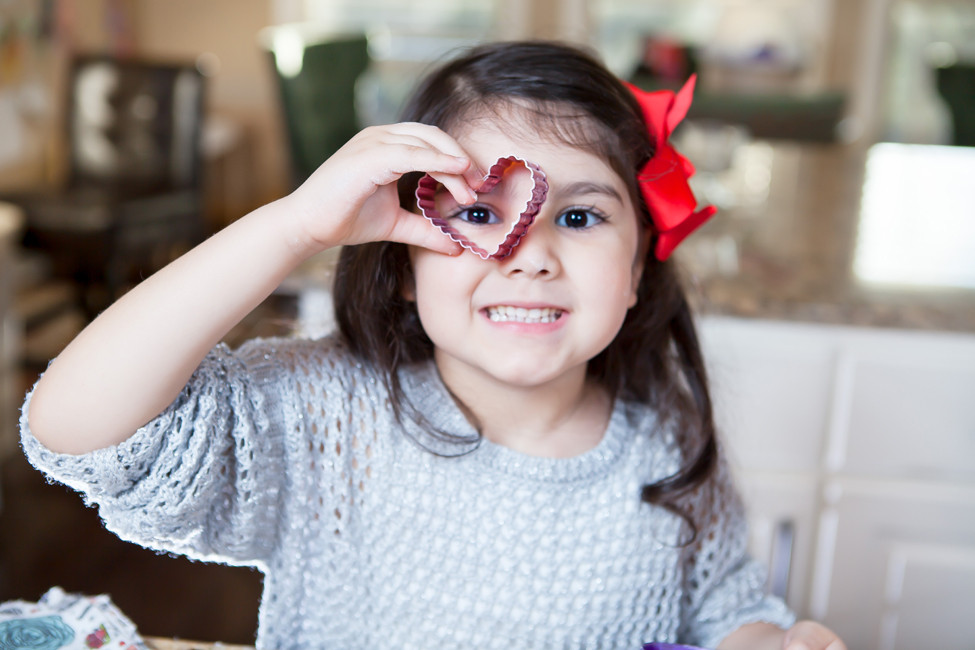 Through it all she has kept honing her craft of cooking and baking. “I like feeding people. It brings them together. You sit together and turn an ordinary day into something fun. It’s a creative process and you see your end result right there,” Zara explains of her love for culinary creations.

“I was doing a few private orders for years even when I was in undergrad. However, while I was awaiting California BAR results, I had time to kill because we had planned on moving to California and I didn’t want to take a job in Little Rock only to leave it soon,” Zara says.

In the interim she decided to apply for what she thought would be a temporary job at the downtown delight Natchez Restaurant. She ended up working there for two and a half years. She is now a private pastry chef and sits with restaurants to collaborate dessert menus as a consultant. Her resume includes Heights Taco & Tamale, Local Lime, The Fold and more. She muses, “And some people just call me cake lady!”

Although she’s known publicly for her sweet concoctions, she says, “I don’t have a sweet tooth. My favorite things to make are savory! I love breads and rolls and yeast stuff, working with my hands a lot. Standing rib roast. Braised short ribs.” (Is your mouth watering yet?)

There can never be too many cooks in the kitchen at the Wilkerson house. They all enjoy having a hand in meal prep. “Razik, 6, loves helping with brunch. He likes to make biscuits with the measuring and rolling out the dough. Amila, 5, loves mixing and baking cookies.”

Laughter is also a main ingredient in the Wilkerson’s lives. Zara conveys, “I like that we laugh about things. We are very silly and laugh at ourselves. It helps control stress. John is always singing LOUD. We are a family that really enjoys each other’s company.” 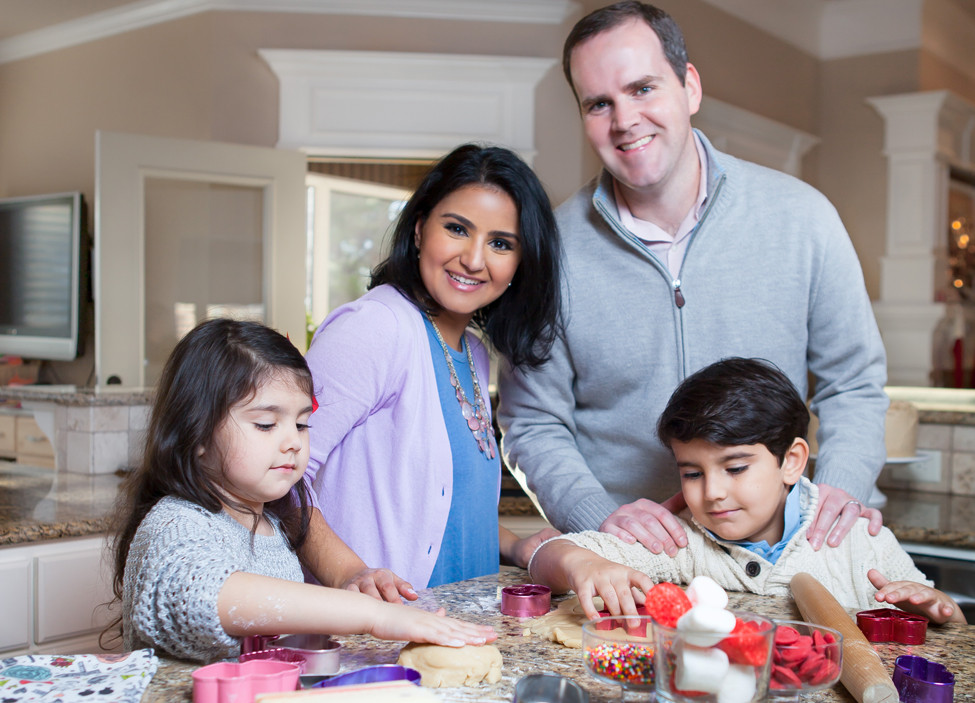 Zara shares with Little Rock Family readers some of the best morsels of advice and life lessons she has learned from her parents and her experiences.