Helping Your Child Find a Free-Time Activity That Fits

Helping Your Child Find a Free-Time Activity That Fits

Want to see more enthusiasm and less frustration from your child? Here we answer some of your biggest challenges in helping your child own their free time activities. 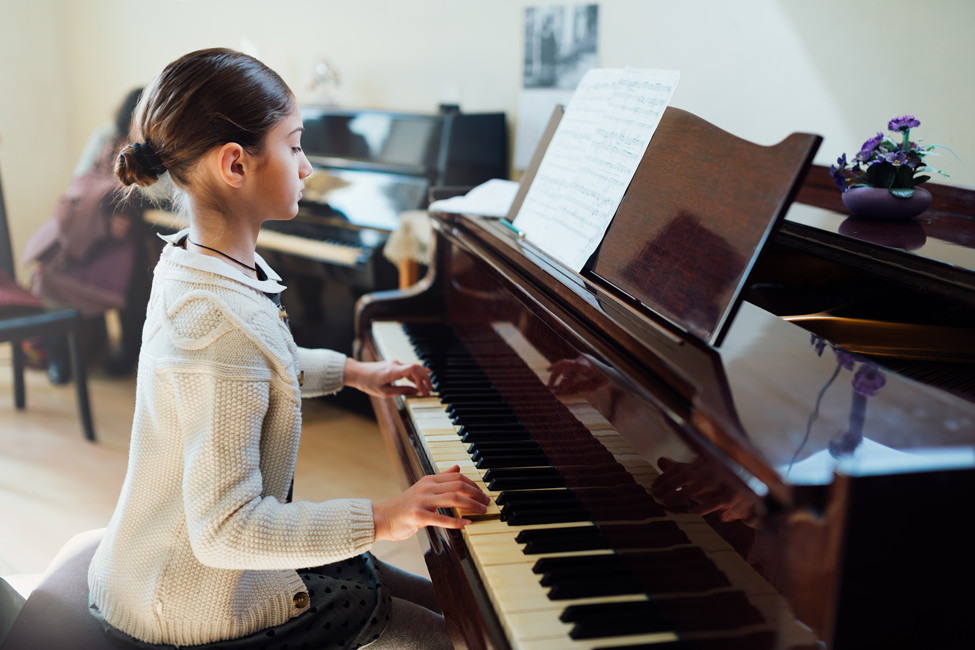 According to the National Center for Education Statistics, there is a strong association between kids’ participation in extracurricular activities and academic success. But finding an activity, club, or sport that fits the child can sometimes be a tricky matter. Just about every mom can attest to the frustration of trying to convince a child to practice an instrument or do their best work for a club project. So there’s nothing like having a child approach an activity with enthusiasm and self-motivation.

Want to see more enthusiasm and less frustration from your child? Here we answer some of your biggest challenges in helping your child own their free time activities:

How do you know when to push your child to continue at an activity that he’s asked to stop, and when to let him quit?

A lot will depend on knowing your child. If he is prone to quit easily, then it may be time to dig in your heels—but first, you’ll want to ask why he doesn’t want to participate anymore and address any issues he’s having that may be causing him to quit.

Otherwise, if your child isn’t engaged in the activity and isn’t developing any skills at it, then don’t push him to continue. After two or three seasons of a sport or a year of another activity, your child will have mastered the basics and should be ready to learn and grow. If he’s not interested, this won’t happen no matter how much you push. He’ll just be miserable and could grow to like it even less.

“The important thing is to leave doors open,” says David Elkind, author of “The Power of Play” and “The Hurried Child.” “Kids are young. They need to experiment.”

Some circumstances may warrant a “keep at it until...” This works when you want your child to stick out a commitment or stay with an activity long enough to master a specific skill. For example, if your goal for piano lessons is for your child to learn to read music, then communicate that to her. Explain that you’d like her to continue piano until she gets through a specific performance book.

Elkind suggests parents should “realize that because a child doesn’t take to something doesn’t mean he or she will never learn commitment, only that they need to find the right thing to be committed to.”

What signs can you look for that indicate an activity or sport isn’t the right match for your child? How about when it’s a good match?

When the activity isn’t a good fit, your child may protest at going to lessons or practices. She’ll give a half-hearted effort toward it. Or, on the other end of the spectrum, she may be giving it her best but never getting the hang of it. Then it may be time to take a break from that activity. Or you may need to find a different instructor or coach whose style better suits your child. If she’s excited about a sport, but doesn’t have the aptitude, maybe she could try a supporting role, such as team manager.

When you find a good match (between activity and/or instructor) things will click. Your child will look forward to practices and meets. You’ll notice steady improvement or development of skills. And more than likely your child will engage in the activity on his own as well — shooting baskets in the driveway or reading books on robotics in his spare time.

For Gretchen Desch, whose daughter Jenny became an avid swimmer after dabbling in other sports, the difference is noticeable.

“She is the one to say, ‘It’s time to leave for practice.’ She has ownership of that,” says Desch.

If you haven’t found a match yet it’s important to keep on looking. Making a child stick with a sport they’re no good at can cause their confidence to falter and prevent them from finding what they do enjoy.

And don’t always assume your non-athletic child is getting exercise by being on a team. Coaches will tell you uninterested players often put forth a minimal amount of effort. Better to get them in a physical pastime they like where they’ll pour on the steam.

“The most effective strategy is to support the child’s natural interests, even if it is not what we would like them to do,” says Elkind.

It can also help to have an outsider’s perspective on your child. If a teacher or coach comments on an ability he sees in your child, encourage him to tell the child directly. The external push may be all it takes.

“I had mentioned swim team off and on for years,” says Desch. “But when her swim teacher suggested she join the team, that’s when she decided to do it.” 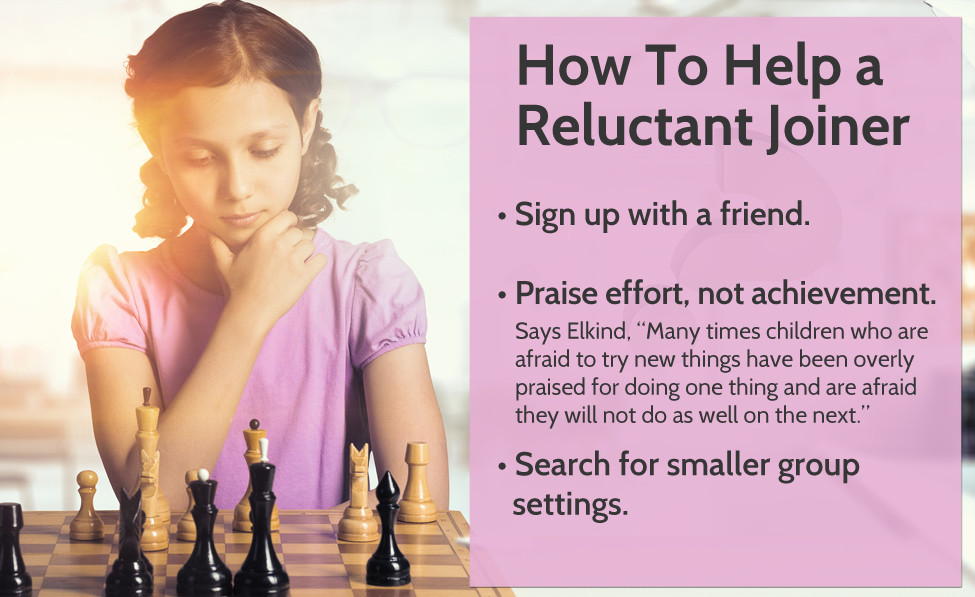 Is it ever too late for my child to start a sport or a hobby? I’m afraid if we don’t get him started young, he’ll never catch up to his peers.

Few sports are age dependent. And more often than not, it may be better to wait before starting.

Children need exposure to sports and hobbies, but they do not necessarily need overexposure.

Too much of anything can burn kids out.

“There is so much for young children to learn: language, social skills, the physical and natural world. None of that is inborn,” says Elkind. “There is no evidence that starting early has special benefits.”

Instead, let your child lead. Is he interested in building with toy bricks? Take him to the school’s Lego club.

Does she want to join her friends at Girl Scouts? Sign her up.

If you’re pushing your child to start something before he’s ready, it may work out. But his lack of readiness also has the potential to hurt his chances of succeeding.

Whatever your struggle, remember the ultimate goal of free time activities is enjoyment. If you’re too worried about your child finding success, you’re both missing out on the fun.

“They are who they are. All you can do is encourage them to bring out the best they can be,” says Desch.

Prompt your child to explore their world and test their interests. And enjoy the exploration with them. You may find a new hobby or sport to share.

Lara Krupicka is a freelance writer, mom of three girls, and author of “Family Bucket Lists: Bring More Fun, Adventure, and Camaraderie Into Every Day.”