Springfest Seeks To Provide Fun for Every Youngster

Springfest Seeks To Provide Fun for Every Youngster

Springfest, which this year will be held April 1 in Riverfront Park, was an immediate hit attracting more than 15,000 individuals to its debut event. This year’s event will offer a similar slate of attractions including food trucks, crafts and various forms of entertainment, headlined by musical duo Trout Fishing in America. 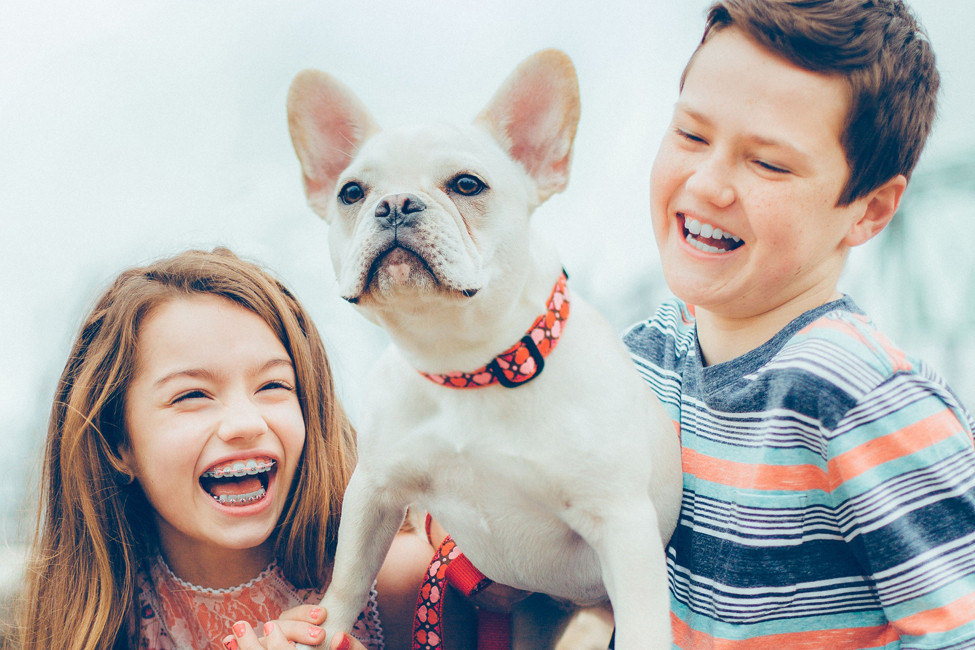 AnnMarie Cole and her brother, Trey, enjoy playing with a pooch.

Catherine Cole has a lot on her mind these days.

A Riverfest veteran with a decade of volunteering under her belt, Cole is the chairman for the 2017 event, a role that carries extra responsibilities given this is the 40th anniversary year for the seminal summertime music festival.

There’s talent to book, vendors to recruit and a thousand other details for the full-time mother of four and Little Rock native to attend.

But for Cole, it isn’t only rock ‘n’ roll; for years she was in charge of bringing in entertainment for children and families. And now, what used to be only a portion of the larger event has become its own festival.

“For the last few years, as the price for entertainment kept rising, the cost of Riverfest tickets had to rise to keep up with the industry,” Cole said. “As tickets rose, we realized that we were pricing out the families that wanted to have a festival experience with their children, without the high price of a music festival ticket. To expect a family of four to pay $40 a head to have their child’s face painted or create a craft didn’t make sense.”

She said that this led the Riverfest Board of Directors to decide to focus more on the music experience for the annual Riverfest, while taking the family activities that had always been a part of Riverfest to create Springfest. 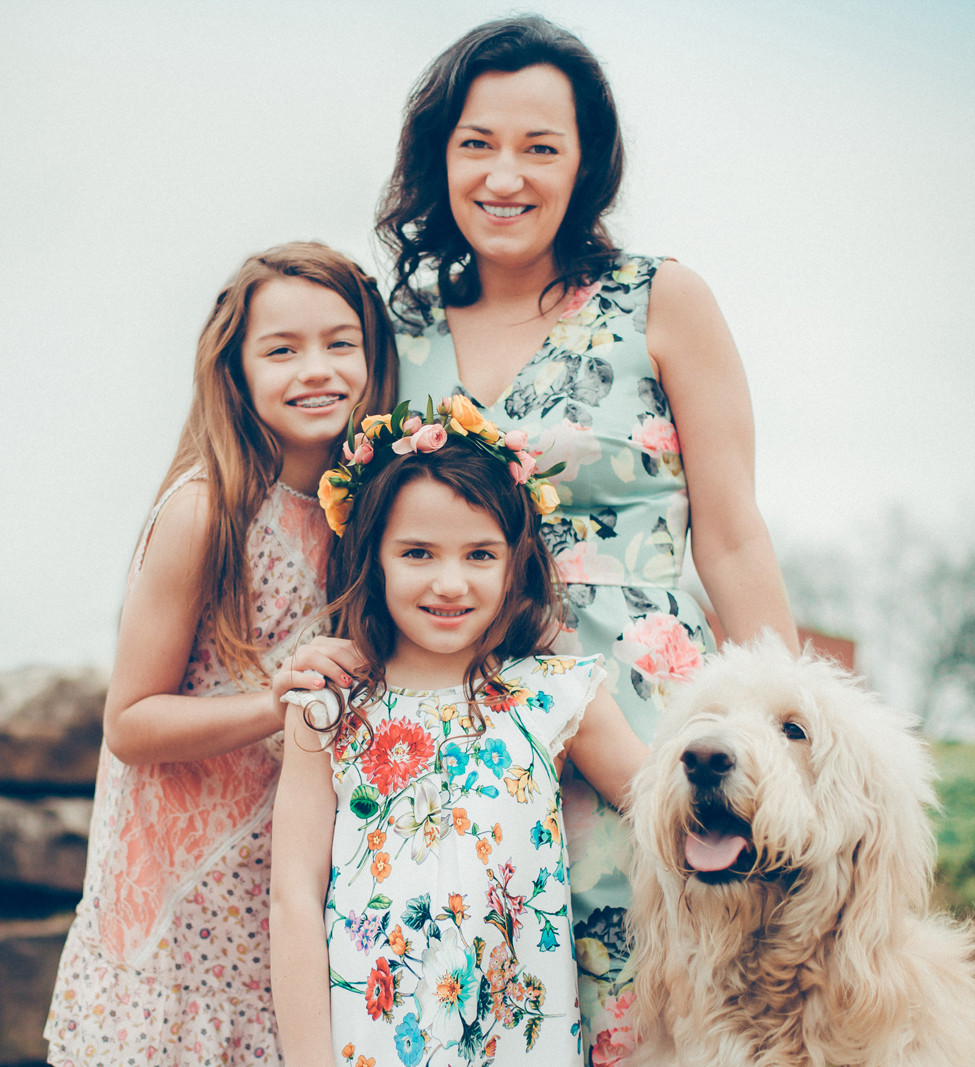 Springfest Chair Catherine Cole, above, with daughters AnnMarie and Charlie Belle, says her kids’ favorite part of the family event is the dogs.

Springfest, which this year will be held April 1 in Riverfront Park, was an immediate hit attracting more than 15,000 individuals to its debut event. This year’s event will offer a similar slate of attractions including food trucks, crafts and various forms of entertainment, headlined by musical duo Trout Fishing in America.

With a volunteer base of about 250 people, Cole said the group has been meeting to come up with ideas for crafts, activities and more for the event.

“I wouldn’t say the activities are difficult to find, because having such a wonderful group of devoted people who work year-round helps us brainstorm new activities each year,” Cole said. “There’s lots of creative minds working towards one goal.”

Some of the more unique attractions include the Construction Zone which features heavy equipment for children to experience and the Hero Zone which allows children to interact with police, fire and EMS personnel.

“The Hero Zone idea arose because with all of the news this past year surrounding violence, that we wanted to honor all first responders in our community and allow children and adults to be able to interact with those that keep us safe.” 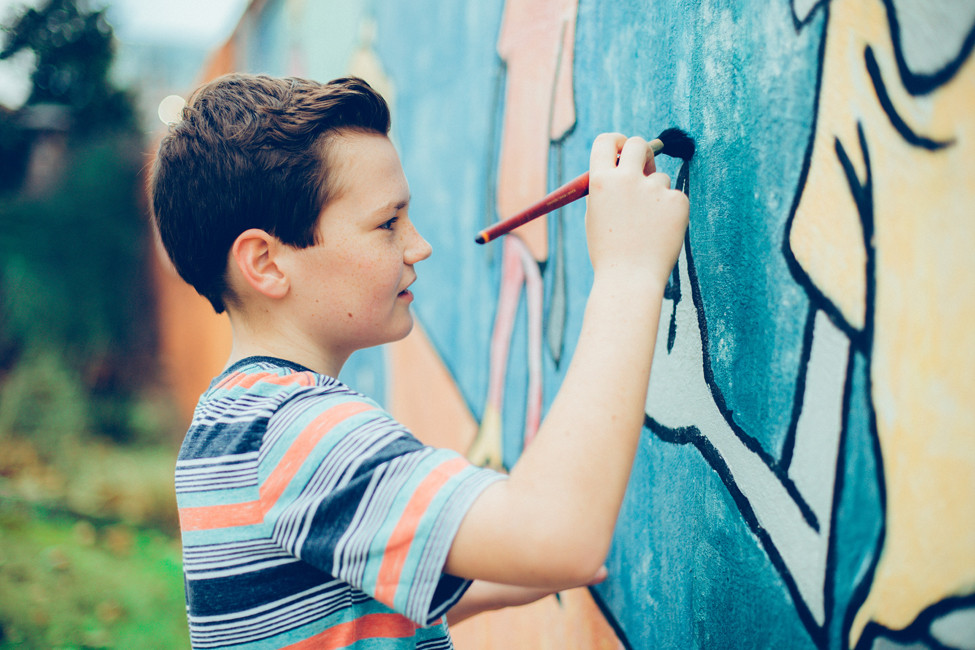 Animals also provide entertainment. There’s a pooch parade, short-legged dog races and, arguably the most popular attraction of the day, the Super Retriever Series Super Dock competition for pro and amateur canine competitors. Cole said the animal events are a particular favorite at her house.

“(My children) love the dog pool. They have always loved watching the dogs jump,” she said. “And then the puppy parade has always been a big exciting thing for them to see and be part of.”

Another component of Springfest is School Days, slated for March 31. School Days provides a fun-filled day of activities for more than 3,500 school children from around the state. With partnering organizations such as Witt Stephens Nature Center, Museum of Discovery, Heifer International and Heifer Village among others, students in grades kindergarten through fifth grade will be treated to a variety of educational activities and entertainment. 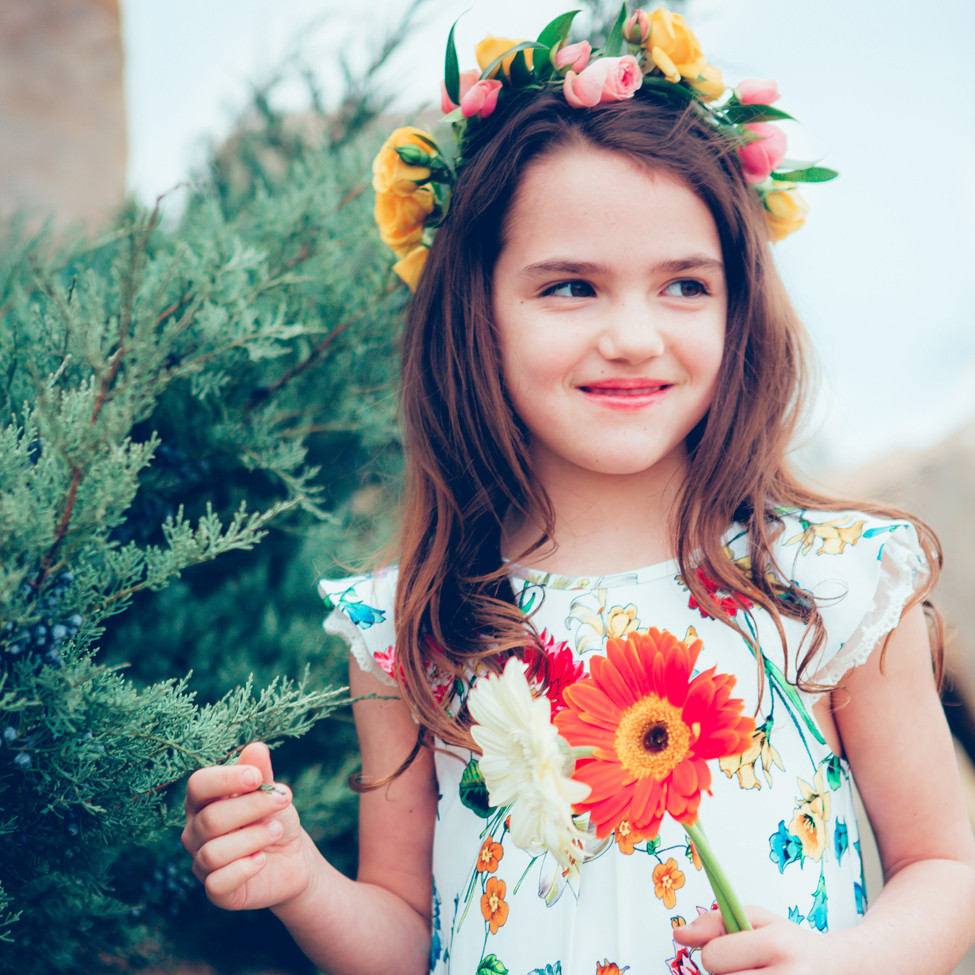 Charlie Belle Cole gets in the festival spirit with flowers in hand.

The service element is nothing new to Riverfest Inc., a 501(c)(3) nonprofit. Cole said the charitable component of Riverfest activities was a powerful draw for her to volunteer in the first place. She was recruited through the ranks of Junior League of Little Rock and hasn’t looked back.

“I just loved it so much. It was so much fun I just kept doing it,” she said. “As a volunteer for Riverfest, I have learned over the years that part of the mission is to give back to the city and part of that is providing this free family event. It’s something that makes our city a great place to live and to raise a family.”

Springfest at a Glance

Here’s a sample of of the activities and attractions during Springfest on April 1.