Is “texting thumbs” a real issue? Does staring at a screen damage your eyesight? Two pediatricians address these questions and more. 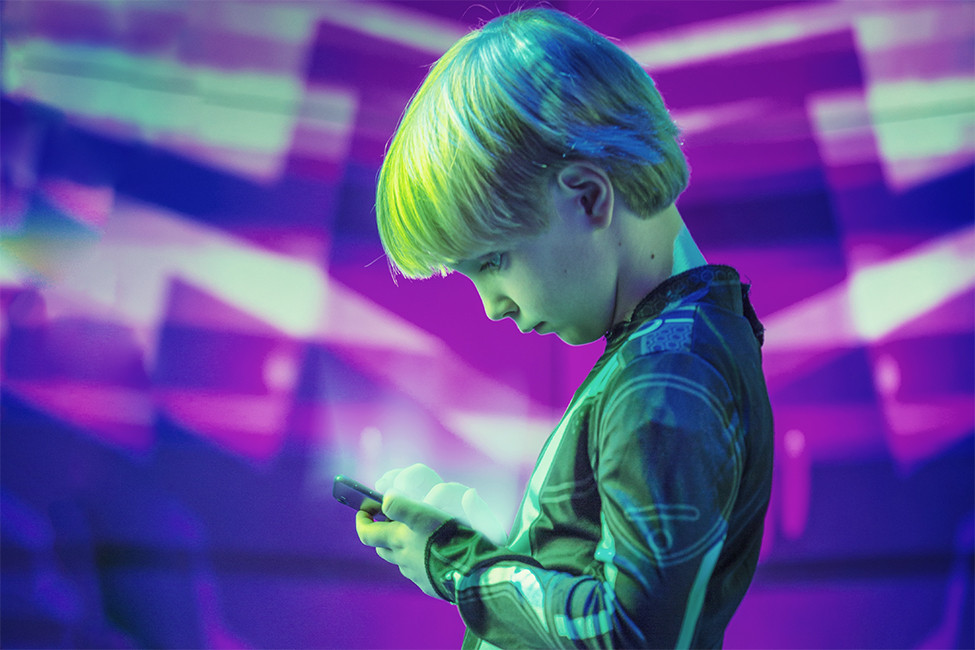 In a world where we use phones for pretty much everything, setting guidelines for kids’ screen time can be a tough task. There are plenty of educational and beneficial apps for youngsters out there. But news about texting thumb, attention deficit disorder and other health problems that might stem from device use can be confusing for parents wanting to introduce a healthy amount of screen time into their kids lives.

Little Rock Family chatted with Dr. Adam Harrell, a pediatrician with Central Arkansas Pediatrics and Conway Regional Health System, and Dr. Carrie Brown, a pediatrician for Arkansas Children’s Hospital, for their takes on technology and its effects on kids’ health and well-being.

Brown: Although screen time does not literally damage your eyesight, it is affecting your brain and ability to sleep. Any screen exposure before bedtime has been shown to affect people's sleep patterns so it is best to turn everything off for at least 30 minutes before bed and not to have TV or electronics in the bedroom.

LRF: Can kids have developmental issues from too much screen time?

Harrell: I feel like I’m diagnosing more kids with attention issues. I think a lot of that is they’re hit with so many different stimuli all at the same time from being on a device. One of the things people will tell me when I’m doing an ADHD eval is, ‘Well they can’t have ADHD because they can sit and watch a whole movie or they can sit and play a video game.’ But if you think about that, that’s something new hitting their brain every few seconds. If you’ve constantly got the phone or tablet in front of you, you’re not having to stay on task.

I’m seeing a lot of stuff with fine motor skills, too. We’re starting to see it in some of the developmental therapy literature — a rise in developmental delay diagnosis. Kids aren’t actually manipulating the puzzles or stacking the blocks. They’re just dragging and dropping instead of working the puzzles. Drag and drop is actually a reflex, it’s not a motor skill, as opposed to actually messing with the blocks.

LRF: Does constant device use lead to ‘texting thumbs’?

Harrell: There is a medical condition [called] De Quervain's tenosynovitis. It’s now being commonly called ‘texting thumb.’ You do get pain and stiffness of your thumbs from holding a device and using a device with your thumb in a repetitive motion. Repetitive use of your thumb can cause some inflammation of your thumb muscles. Not necessarily just technology. But when you’re moving your thumb across a screen a lot it can definitely lead to that.

LRF: Can screen time have a negative effect on my child’s mental health?

Brown: Mental health can be affected by screen time from the standpoint that kids are taking in a lot of age-inappropriate information while watching TV or surfing the internet. Some structured TV time is acceptable even for younger children if the parents are involved and watching with them and talking about what they are seeing on the TV.

Harrell: The key is not to be on screen constantly. The American Academy of Pediatrics actually has screen time guidelines where they recommend gradual introduction to screen time. They used to say no screen time at all before 2 and now they’re saying starting at 18 months you can introduce various minimal education-geared screen time. Then that slowly increases as the child ages. But still in moderation.

Where to Set Tech Boundaries for Your Child

6 Tips for Developing Awareness of Your Kid's Tech Boundaries

Editor's Letter: Keeping Up With Technology