Betsy Singleton Snyder continues her column series, this month writing about how adopting pets has impacted her own family. 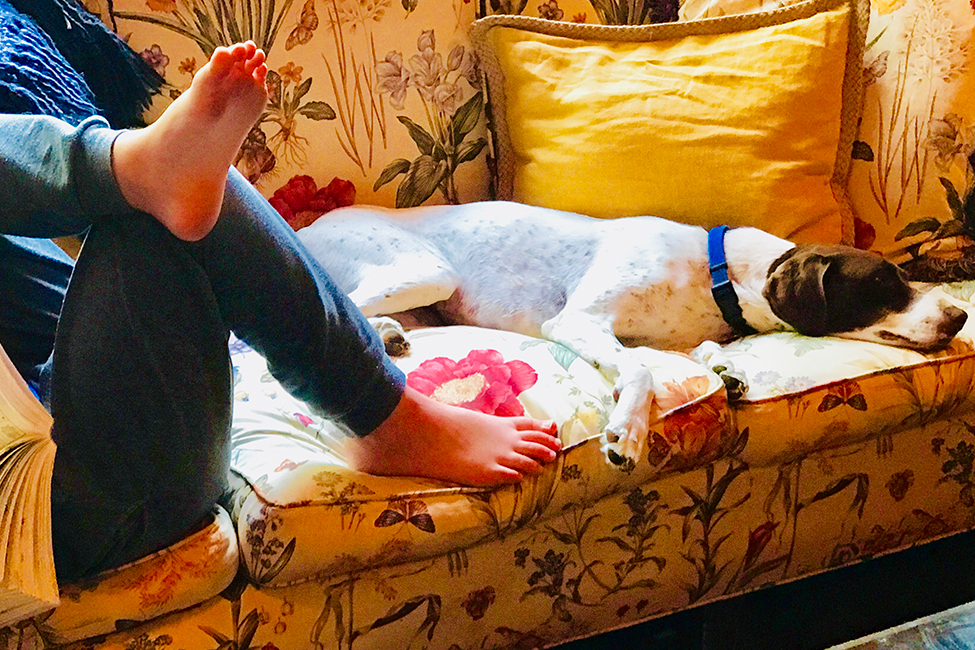 I’d wanted a dog. My mom had been through a hard divorce, and she was in no need of extras, not at first. Eventually, that changed. One day she opened the classifieds, and began to search for free puppies.

Frisky looked like she might have been half German Shepherd, half Terrier. It was an odd combination, but I didn’t care. It was my first experience to take care of a dog, to sit outside, and talk to her because, in those days, dogs were out more than in. It was also my first time to have a dog who was my friend. This inaugural experience taught me that dogs can become family.

Riley was a “used” black and white English Cocker. He came from a breeder in Corpus Christi, Texas. First, he’d been rejected by a family that was too busy for him. Instead of playing soccer, he sat in the backyard. His next home was with a man whose wife had cancer. Riley hadn’t been the man’s idea, so while caring for his wife, the man put out food, a lot of food, and that’s about all he seemed to have the ability, understandably, to do. Riley became a balloon.

When I found this troubled dog online, the breeder, by then, had recovered him. She’d gotten his weight down, and he was ready for a new home. At 4 years old, along with my other dog, he grew happy. The only time he ever growled is when you rubbed his chest, and then he never snapped. Maybe he was proud of his hairy chest? When we married, Victor embraced the quirk, even when I told him that Riley slept on bed pillows because he was “made for them.” Apparently, hounds on farms are not. We survived his pancreatitis, and the diabetes he finally developed until he was worn out.

Over the last few years, our family of four boys has developed their own ideas about canine companionship. One, the oldest, turned out to be a cat person. We now have two cats, and one is both a solemn and talkative tabby.

My son originally laid eyes on him at the Little Rock Animal Village. He’d already lost a kitten that had failed to thrive after a few months of adoption at our vet. I tried to encourage my child to consider an older cat, but he wanted the one kitten in the entire shelter.

On the way home, my boy named him “Cougar.” That, of course, is what he is. Shall I mention the arms of my beautiful cream sofa, which he interpreted to be his own scratching post? Not only that, I had to restart allergy shots again. Yet here he is, beloved, sunning himself across our other furniture.

Not to be outdone, I spotted a bird dog online who had a history of running, we suppose. “Nori” was finally lured to food near a lake, skin-and-bones, and bug-gnawed. Out-of-the-Woods Animal Rescue got her ready for us. At first, she was timid, but now she points her nose at you until you feed her, or let her out to romp the back forty like a gazelle. Otherwise, she will curl-up donut-shape in your lap, somehow folding those spindly legs neatly underneath her. She is the best pointer I’ve ever had, which is to say, she is my first.

Our family, is thankful to live in a community where the unredeemed and discarded domestic animals can be claimed, but more than claimed, loved. When we buy a page in the “Humane Society Day Planner,” or take fresh bedding to The Village, we are teaching our kids to care. That care is not a small thing for humans to better practice, which raises the question: who is rescuing whom? 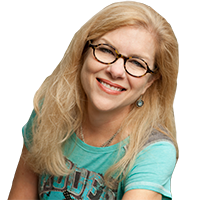 Betsy Singleton Snyder is a pastor, writer and blogger. She is the author of “Stepping on Cheerios: Finding God in the Chaos and Clutter of Life,” and blogs at WomenadeStand.com, a sassy and spiritual spot to dish on the tartest and sweetest pieces of life, stand up together, and reach out in love.

Betsy and her husband, Dr. Vic Snyder, who formerly served in the U.S. House of Representatives, live in Little Rock with their four sons.

Preparing Your Pocketbook for Pet Ownership