How Health and Fitness Can Become Part of Your Lifestyle

How Health and Fitness Can Become Part of Your Lifestyle

Gym owners Kecia and Glenn McCracken are all about staying active — and they’re teaching daughter Olive to follow suit. 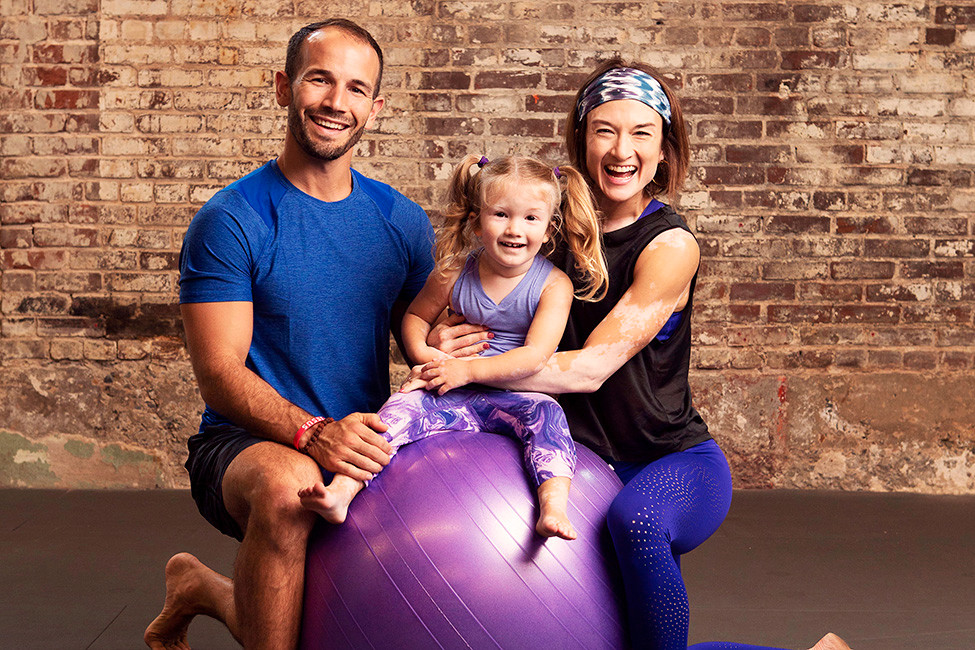 Share It Tweet It Pin It
Glenn and Kecia McCracken own SparkFit, a gym in downtown Little Rock. Their daughter, Olive, loves to hang out and play in the space.

At some point in their lives, most adults stop playing. Instead of engaging in movement with their kids, parents tend to sit and watch.

Childhood is full of learning new active skills, chasing friends around, climbing on everything in site and simply moving around. But when sitting still becomes the norm, something needs to change.

“Families need to engage with one another in a way that’s active,” says Kecia McCracken, co-owner of SparkFit, a gym in the SoMa neighborhood of Little Rock. “Just overall people are way too sedentary and if someone wants healthiness and activity for their kids, it needs to be done together.”

“If you just play with your kids, something good is going to happen in your body,” he said, “We’ve had plenty of nights where we’d just do what Olive was doing. When she was little, she would crawl and we would crawl and she would get up and we’d get up. Trying to do what a kid does — you’re smoked!”

SparkFit opened a little over two years ago, but for the McCrackens, health and wellness has been part of their lifestyle for much longer. They aren’t your typical gym rats — Kecia calls her first time practicing yoga her “introduction to movement” and Glenn earned his undergraduate degree in therapeutic recreation because “it was about how to help people play.”

Rather than viewing fitness as a chore or something to be blocked into 45 minutes of the day, they truly embrace it as a lifestyle and realize that can look different for everyone.

As a couple, they’ve explored a variety of workout methods and activities, morphing their own routines as they figure out what works for their bodies. Glenn, for example introduced Kecia to kettlebells and strength training.

“We direct people back inside of themselves to feel their own body,” Kecia says about their method at SparkFit. “We’re all here to get stronger, but you can’t do that if you’re not being smart, if you’re not being safe. You can only know where your own edge is and not compare it to someone else’s. Everyone can get a really effective workout just being where they are.”

Even when it feels like there’s no time for health and wellness to fit in your schedule, the McCrackens say it’s worth making a priority because kids notice and will follow suit.

“Parent guilt is real when it comes to carving time out for yourself to do something! But we have to do it,” says Kecia. “That’s part of setting an example of being healthy — it starts with us. The healthier that you feel and are, kids respond to that. It definitely takes some discipline to make it happen. Discipline is hard to come by! Start small and let it grow.” 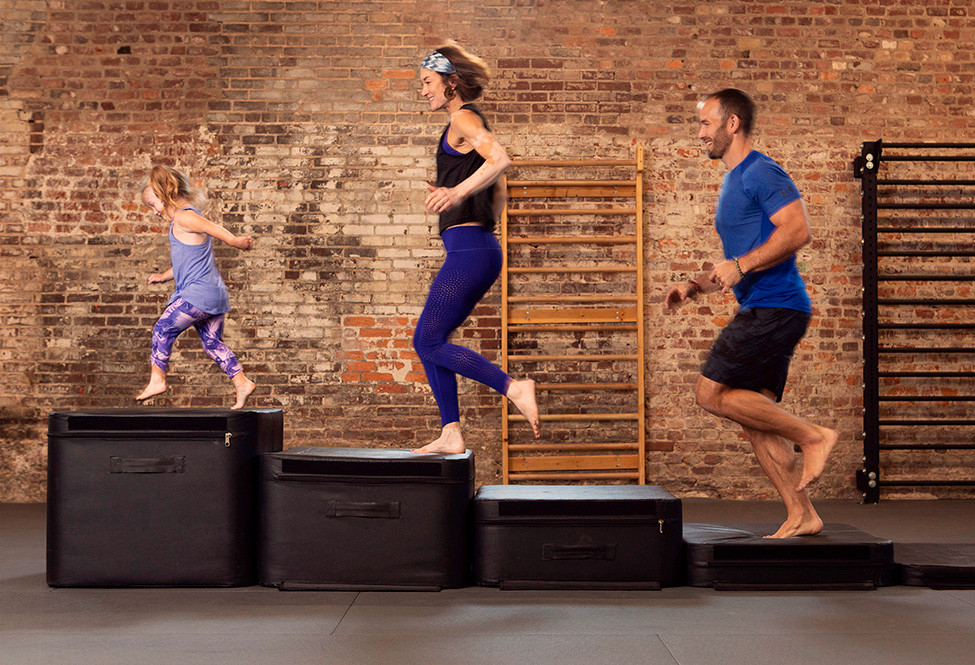 Share It Tweet It Pin It
Glenn and Kecia McCracken own SparkFit, a gym in downtown Little Rock. Their daughter, Olive, loves to hang out and play in the space.

As parents whose careers revolve around teaching others how to workout and improve their health, their most important trainee is their daughter Olive. Here are some of the ways they suggest passing down a love of movement to your kids.

The McCrackens are firm believers in doing their research when it comes to all things health and wellness. When Olive was a baby, for example, they chose not let her use walkers because of the fake pelvic floor support and were extremely intentional about making sure she had tummy time. And as she gets older, they continue to stay educated as parents and as adults about their own fitness.

“We pass it on to her because we’ve stayed so incredibly educated and followed through with our actions,” Glenn said. “We’re disciplined.”

Rather than “stop running,” “don’t climb on that” and “sit still,” the McCrackens say things like “Woah, look how fast you are!” and “Can you lift that up?” Encouraging play is an easy way for parents to promote lots of heart-pumping activities for their kids.

“Moving is such a part of our life that it’s not just exercising,” says Kecia. “(Olive) is so active because we just facilitate play constantly with her.”

“I think it is important to just tell your kid to go outside and play!” Glenn adds.

Being active can look different for everyone — and it doesn’t have to mean going to the gym or even playing sports. However, what is important is that kids find an activity they enjoy. For Olive, that means trying lots of options. So far, she’s taken classes at The Little Gym, played soccer and she recently started gymnastics.

“We’re trying to expose her to different things to see what she takes to and what she loves and then let that develop. We want to facilitate her love of movement,” says Kecia.

For those families who aren’t athletically inclined, Arkansas offers a multitude of outdoor activities. Whether it’s a simple as a walk around the block or a day spent canoeing down the Buffalo River, there are countless ways to move.

“Families just need to engage with one another in a way that’s active, Kecia said. 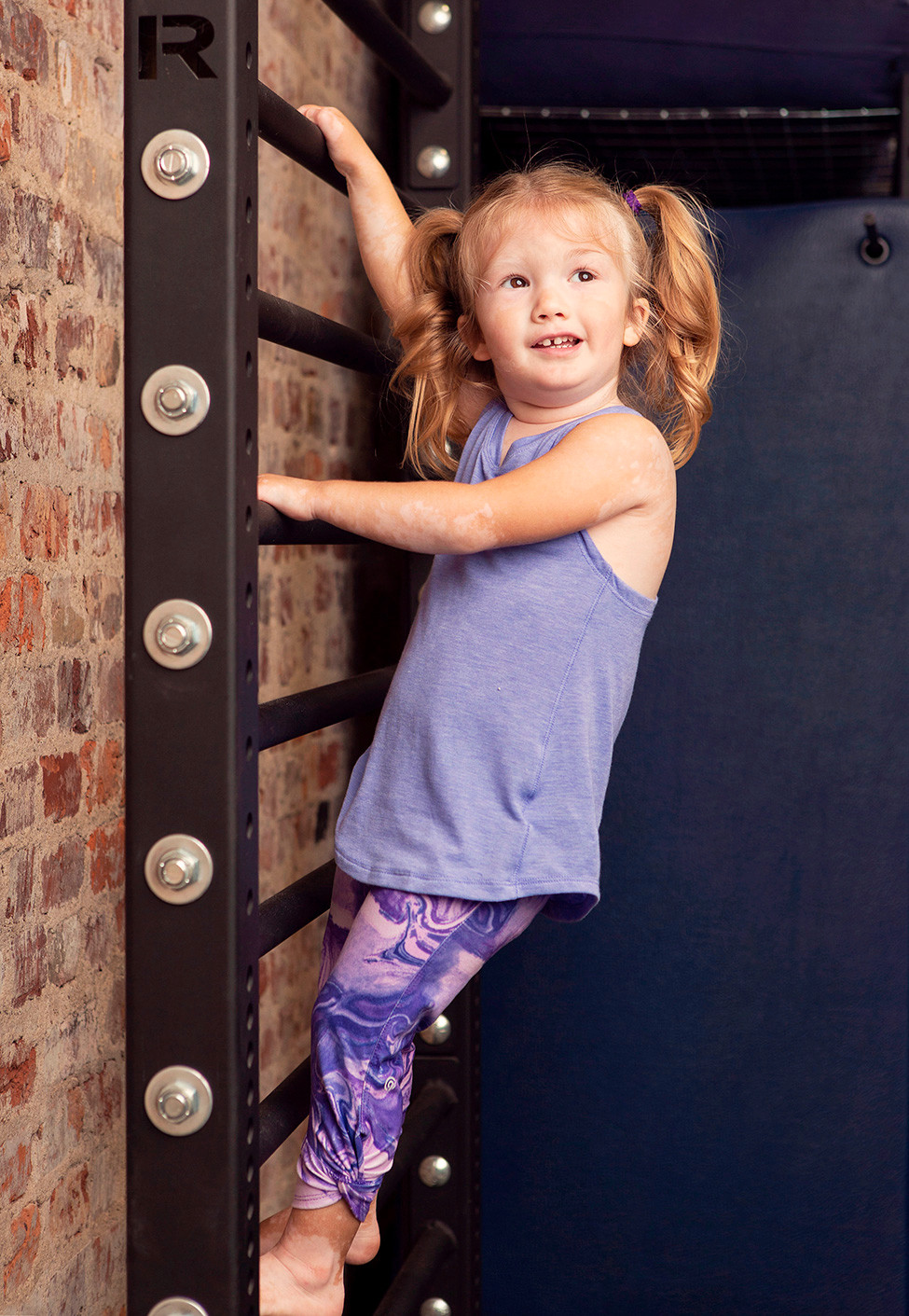 Share It Tweet It Pin It
Glenn and Kecia McCracken encourage their daughter, Olive, to explore and play at their Little Rock gym, SparkFit.

It’s commonly said that weight loss is roughly 75% nutrition, 25% working out. Even if you’re not trying to lose weight, what you eat and drink plays a huge part in overall health. And not only are parents responsible for their own healthy eating, it’s also up to them how their child is filling his or her body.

“Anytime a child or preteen is overweight, it’s a parent’s responsibility,” Glenn says. “Their access to food is limited and the parent is the source.”

Diet trends and calorie counting can become overwhelming, but there are simple ways to make sure you’re fueling your body with nutritious foods. Not sure where to start? Here’s what the McCrackens recommend.

Step one in healthy eating is to cut out processed foods. If it comes in a package with a list of ingredients a mile long, chances are it isn’t great for your body. And as Kecia says, “even ‘healthy,’ organic, processed food is still processed food.” Unlike complicated calorie counting or macro tallying diets, eating real food is simple. Stick to basics like fruits, vegetables, nuts, and lean meats.

Knowing exactly what you put into your meal is important when you’re trying to eat healthy. And, kids will often be more inclined to try new foods when they’ve helped make the meal.

“Olive likes to help in the kitchen. She wants to cut and stir and she’s interested, so I’ve always just included her,” Kecia said.

Kids shouldn’t be concerned about counting calories or monitoring exactly what they eat. Instead, they should learn about how healthy, good food fuels their bodies and makes them feel better. The McCrackens like to take Olive to the farmers market where she can see tons of fresh, local produce and talk about the process of how that food gets from a farm to her plate. 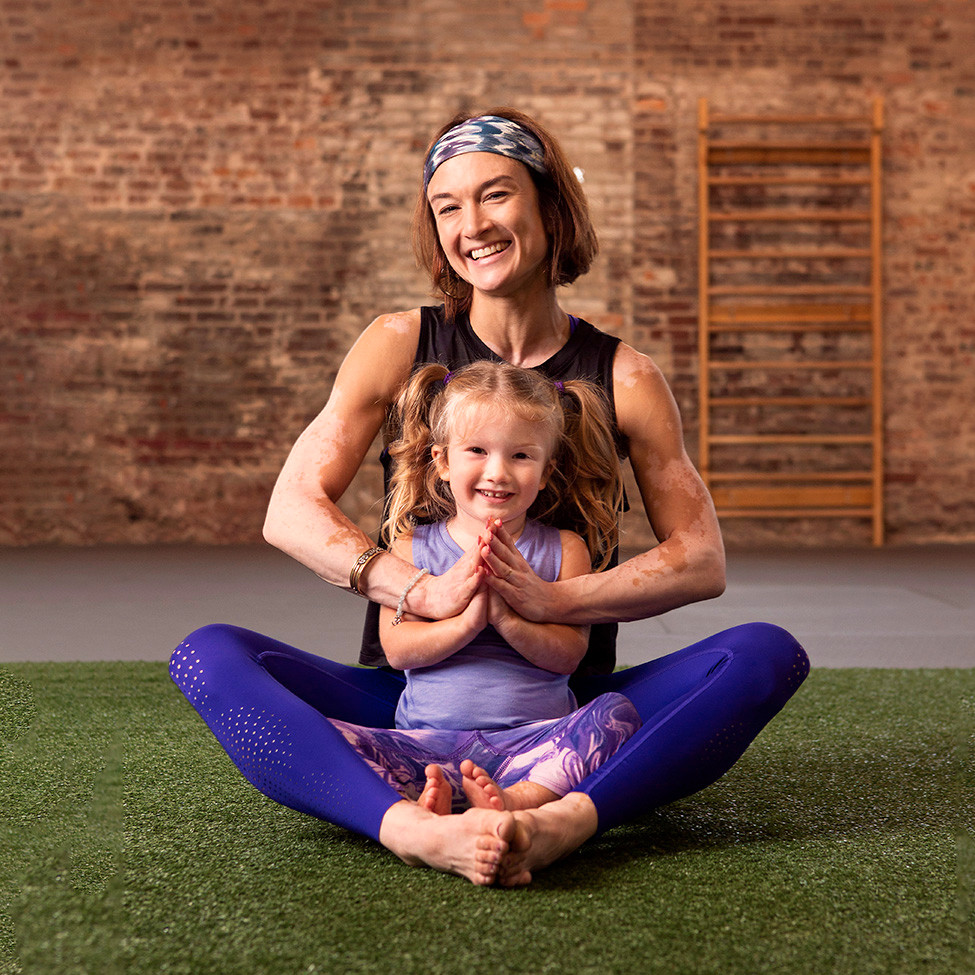