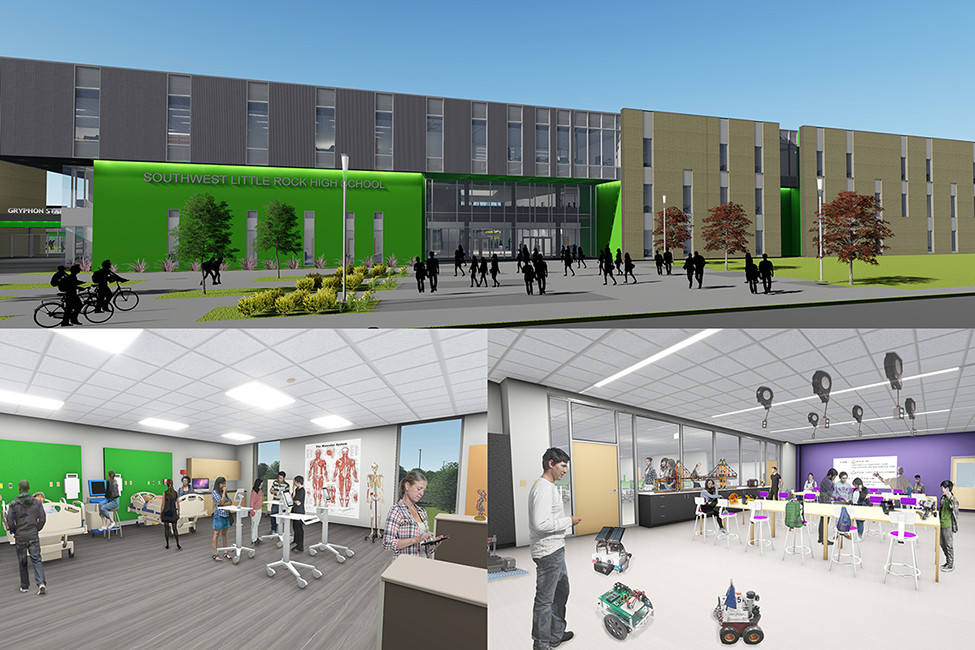 Focusing on the future, and teaching and equipping students with 21st century global readiness.

The new campus will combine the student populations of J.A. Fair and McClellan high schools approximately 300 Hall High students who reside in the zone. It is the first LRSD school to be built in more than 50 years. Featuring large classrooms, shared collaboration spaces, simulation labs, virtual classroom technology and makerspace.

Plans for the new LR Southwest Magnet High School include approximately 400,000 SF of academic and athletic space, with classrooms upsized for future growth. Visual and performing arts classes and a high-tech auditorium will help students take their creativity to the next level. Plus, the comprehensive athletic facilities will allow the school to host tournaments.

Academy Career Paths will offer a path for students interested in studying a specific career area while in high school. The school will be organized into a ninth grade academy and three career academies focusing on business and computer science; engineering, aerospace and biomedical science; and leadership, public service, and teaching.

In addition to an advanced 21st century learning environment, the new high school will feature visual and performing arts along with a state-of-the-art auditorium. Comprehensive athletic facilities to support student athletes will include an arena-sized gym, a combined football and soccer field, track and field facilities, baseball and softball fields and tennis courts.

The school will be in a district that has historically had the most National Merit Semifinalists in Arkansas. LRSD students have annually received $20 million-plus in scholarships to colleges and universities in Arkansas and across the country.

The STEM-based programs of study will feature the Project Lead the Way curriculum. PLTW engineering applies science, technology, engineering and math through a project-based, hands-on approach to solve complex, open-ended problems in a real-world context. 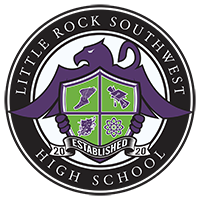