Girls On The Spectrum: Defining the Unique Characteristics of Girls with Asperger’s Syndrome

Girls On The Spectrum: Defining the Unique Characteristics of Girls with Asperger’s Syndrome

Experts are beginning to realize that, for years, girls were misdiagnosed or diagnosed late — in adolescence or adulthood. Unfortunately, girls who do not get an accurate and early diagnosis of Asperger's Syndrome do not reap the benefits of early intervention, and, consequently, often suffer from depression and anxiety later in life. 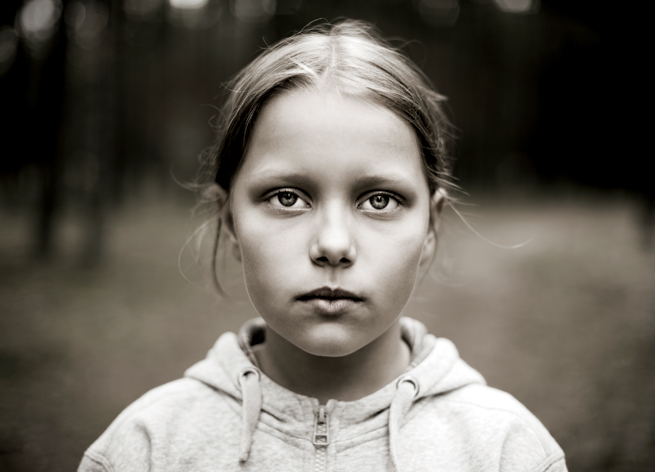 Since Asperger’s Syndrome was first recognized in the American Psychiatric Association’s Statistical Manual of Mental Disorders-IV (DSM-IV) in 1994, it was widely viewed as a disorder mostly found in the male population. The Interactive Autism Network reports that some studies continue to show that “the ratio of boys to girls with Asperger’s Syndrome is between 6 and 11 to 1.” However, notable experts in the field (Tony Attwood, Amelia Hill, et al) say the ratio of boys to girls with the syndrome is much lower (3.4:1, with an even lower ratio for adults, 2:1).

Experts are beginning to realize that, for years, girls were misdiagnosed or diagnosed late — in adolescence or adulthood. Unfortunately, girls who do not get an accurate and early diagnosis do not reap the benefits of early intervention, and, consequently, often suffer from depression and anxiety later in life.

Therefore, it is imperative that caregivers, health care providers, and school personnel are educated on the unique characteristics of girls with Asperger’s Syndrome so that females on the spectrum can get the help that they need in order to be successful throughout their lives.

In October 2011, I attended a conference in Albany, NY, hosted by the Center for Disability Services. Tony Attwood, PhD, a world renowned expert and author of several books on the subject, including The Complete Guide to Asperger’s Syndrome (Jessica Kingsley Publishers, 2007), was the guest speaker. It was refreshing to attend a conference which focused on girls on the spectrum. Attwood addressed the issue of why it is difficult to diagnose girls with Asperger’s. He described, “Girls fly ‘under the radar’ of diagnosis. They are often less disruptive and, therefore, are less likely to be noticed. They tend to be on the ‘invisible end of the spectrum’ because they are able to camouflage their disorder better than boys. In other words, they are chameleons and can ‘fake it ‘til they make it.’”

Although boys and girls with Asperger’s exhibit many of the same characteristics and traits, such as impaired social interaction, obsessive interests, and inflexible thinking, there is a difference in their outward behavior and coping skills. Boys tend to act out their frustrations by being disruptive. On the other hand, girls will tend to withdraw or become mute when they experience social anxiety. Attwood reports, “By imitation and role modeling girls pretend to be normal.” So, it is not uncommon for girls on the spectrum to be diagnosed with disabilities other than Asperger’s, such as attention deficit disorder, obsessive compulsive disorder, or an expressive or receptive language delay, without any recommendation to be tested for an autism spectrum disorder. Even more unsettling, some girls with Asperger’s are just seen as introverted or “strange” and do not get tested at all. Since school personnel and general practitioners may not see obvious “red flags,” many girls wind up with no accommodations and supports.

Suzanne Gunther, a mother of a teenage daughter with Asperger’s, reports, “My daughter internalizes her emotions. When she was younger, she seemed to live in her own little world. She went about her business and didn’t really display emotions like anger or frustration. I have witnessed boys with Asperger’s, and when they are upset or feel disconnected, they often lash out physically or become disruptive.”

Many girls on the spectrum are able to hold it together during the school day. However, parents often see a different side to their child at home because there is a need to release pent up stress from desperately trying to contain oneself all day long. “My daughter would hold it all together, and then when she got home in a ‘safe’ environment, she would unravel,” explains Gunther.

An accurate diagnosis can only be made after a trained professional has observed the communication, behavior, and developmental skills of the individual. A psychosocial evaluation and a communication evaluation (focused on nonverbal forms of communication) will take place. Parents shouldn’t hold anything back in interviews or when filling out forms on their child’s social, emotional, and behavioral history. The parent perspective is an integral part of the diagnostic puzzle.

Valerie Paradiz, PhD, the developer of Integrated Self Advocacy ISA™ (a curriculum and training series for educators and therapists who wish to help individuals with autism spectrum disorders achieve self-advocacy) and author of Elijah’s Cup: A Family’s Journey into the Community and Culture of High-Functioning Autism and Asperger’s Syndrome (The Free Press, 2002), claims that girls find ways to compensate for their social disability by throwing themselves into academics or obsessive interests. These might include video games, drawing, or other solitary activities. Unfortunately, this type of compensation does not help girls learn to cope in social situations. Paradiz asserts, “In my case, I was an academic nerd, studying all day long. Although I got straight As, this pattern followed me through college and graduate school, which rendered me not so adept in understanding the social aspects of work.”

Dr. Attwood clarifies that the enormous stress of having to “pretend to be normal” can lead to a low self esteem. A low self esteem can subsequently lead to other problems, such as eating disorders, abusive relationships, and anxiety disorders.

Anorexia nervosa is a huge concern for teenage girls on the spectrum. Attwood explains that this is because weight control and calorie counting can become an obsessive interest for girls with Asperger’s. They might equate being thin with being popular and their obsessive compulsive tendencies and low self esteem can lead them down a dark path quite quickly.

Dr. Paradiz believes that teenage girls need extra support from parents and caregivers when it comes to relationships, particularly since many have a hard time negotiating sexual attention. Attwood remarks, “Girls on the spectrum are intoxicated by the interest that boys give them, so they are a target for predators.” Girls with Asperger’s can be more susceptible to being deceived by a pedophile or entering into a relationship with an abusive boyfriend. This is partly due to the fact that girls with Asperger’s lack character judgment, have a hard time reading non-verbal cues, and are desperate to fit in socially.

Paradiz also cautions parents to be aware of signs of depression as their child enters adolescence and adulthood.

Looking to the Future

If a college degree is in her future, parents should contact the prospective institution to find out what supports they have for students with disabilities. They should also plan to visit campus several times in order to help with the transition. Many girls with Asperger’s find it beneficial to attend a community college and continue to live at home, especially for the first two years. This gives them more time to mature emotionally and socially, and they can concentrate on academics without the added pressures of independent living.

It is also imperative that girls on the spectrum find a career that is suited to their special talents. Besides looking for the right skills fit, she should be sure that the environment is one that she will be comfortable in. For instance, if she finds noise to be a distraction, she should find a job where she can work in a quiet space. Attwood declares, “There are many people with AS who have chosen a career in psychology and who subsequently develop psychotherapies for ‘Aspies,’ which is a great thing!”

Finding a support group is critical as women look ahead to living life with Asperger’s. Gunther adds, “With the age of the Internet, we are lucky to be able to connect with people beyond our geographic location, and there are many associations and forums available to lend support and share knowledge and information.”