As Startup Culture Grows in Arkansas, Student Entrepreneurs Get Down to Business

As Startup Culture Grows in Arkansas, Student Entrepreneurs Get Down to Business

Startups are big business in Arkansas these days, especially those of the tech-based variety, and the kids are starting to notice. While Arkansas is just beginning to emerge onto the national tech-based startup radar, the state is helping blaze a trail in one aspect of the startup scene: student entrepreneurship. 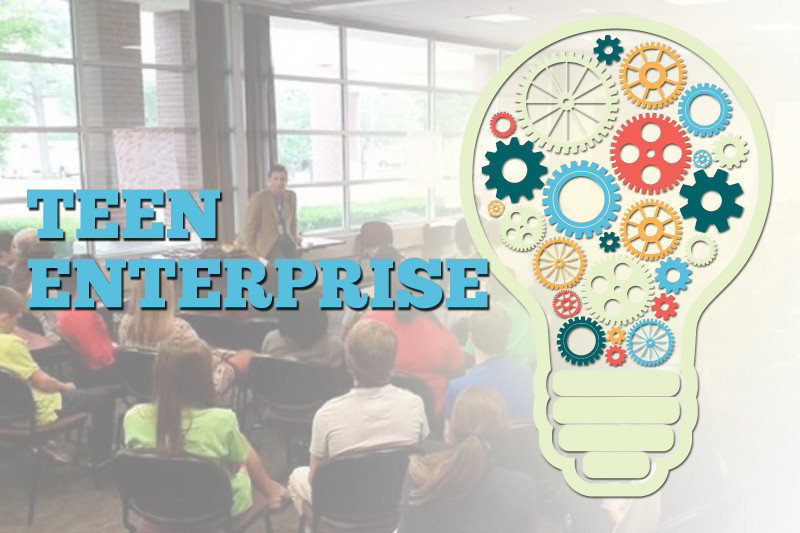 Startups are big business in Arkansas these days, especially those of the tech-based variety, and the kids are starting to notice. While Arkansas is just beginning to emerge onto the national tech-based startup radar, the state is helping blaze a trail in one aspect of the startup scene: student entrepreneurship.

Noble Impact, a Little Rock nonprofit working in partnership with the Clinton School of Public Service, recently hosted the country’s first-ever Startup Weekend devoted to high school students. Held at the Clinton School in April, the conference attracted more than 80 students in grades 9-12 from across the state. Students brainstormed ideas, formed teams and pitched their new ventures before a panel of national judges. Winning ideas included a program to help high school students who fall behind in their school work, portable storage lockers for large outdoor events, and a nail polish pen that delivers both polish and remover.

In addition to the Startup Weekend, Noble Impact’s youth entrepreneurship curriculum aims to introduce students to “the intersection of public service and entrepreneurship.” The curriculum has been adopted by the public charter eStem High School in downtown Little Rock. A version of the program was even introduced to eStem third graders over two weeks this spring.

Noble Impact’s Institute program was its first initiative, launched in the summer of 2013. Then, it introduced 32 central Arkansas students to public service-influenced entrepreneurship. This summer, it moved to Fort Smith and welcomed 47 area students to the Noble curriculum.

Sydney Brazil, a rising junior at eStem, is a Noble student who hatched the idea for a gourmet donut “holery” with her mom in the car on the way to school. She nurtured her idea through her Noble class, and The Hole Thing now operates out of the kitchen at Little Rock downtown restaurant Copper Grill. Its gourmet holes—such as birthday cake and lemon poppy seed—can be found on the dessert menu there. Plus, Sydney caters, plans to bring her treats to the Farmer’s Market at the River Market, and is negotiating a deal with Little Rock’s Loblolly Creamery.

More programs are being introduced around the state, too. The Fayetteville Chamber of Commerce has hosted an entrepreneur boot camp for high school students for the past three summers. Participants are taught startup basics with a focus on tech-based entrepreneurship. Teams are formed and students develop a business model that they pitch to a panel of judges that includes local entrepreneurs. The winning team receives cash to help start their business venture.

The Youth Entrepreneur Showcase (YES) from the Arkansas Economic Acceleration Foundation has been around for several years, and gains traction each year. What started as a business-plan competition for students in grades 5-8 has expanded (YES 2.0) to grades 9-12. Plus, the Donald W. Reynolds Governor’s Cup from AEAF recognizes the top collegiate business plans in the state.

All they need, Williamson believes, is a nudge: “In my opinion, the momentum around entrepreneurship in high school is in direct relation to giving students different opportunities and avenues to express their ideas, creativity and talents,” Williamson says. “In essence, we want to introduce real world opportunities and then act as facilitators and mentors in the process from pitching to a press release.”

Student Josh Moody of Overwatch took that nudge and ran with it. A recent graduate from Little Rock’s Catholic High, Josh is delaying his entry into college to focus on running Overwatch, the startup built around the combat gaming app he created. While conducting many of his senior-year classes remotely, Josh teamed with software developers Joe Saumweber and Michael Paladino of Bentonville’s RevUnit to launch Overwatch at the prestigious 2013 ARK Challenge accelerator in Fayetteville. Josh led Overwatch to a win that included a funding round of $150,000.

“Josh, in many ways, represents a new generation of technology leadership,” Saumweber says. “We were blown away that a 17-year-old kid was hanging with us on conversations around software development and the hardware limitations of current mobile devices. He had put a lot of thought into the value he wanted to bring to users, and it was evident that he would be a capable partner. We walked away from our first conversation with him excited about Overwatch and scared to death that we would be irrelevant in 10 years as Josh and more like him grow into their careers.”