6 Ways To Help Your Kids Banish the Boogeyman

6 Ways To Help Your Kids Banish the Boogeyman

Kids’ fears are as unique as their personalities. Many young kids are afraid of animals and insects, characters in costumes, and things that go bump in the night. Others fear loud noises or believe they’ll be sucked down the toilet when it flushes. Even kids who don’t believe in the boogeyman may fret about schoolyard bullies. 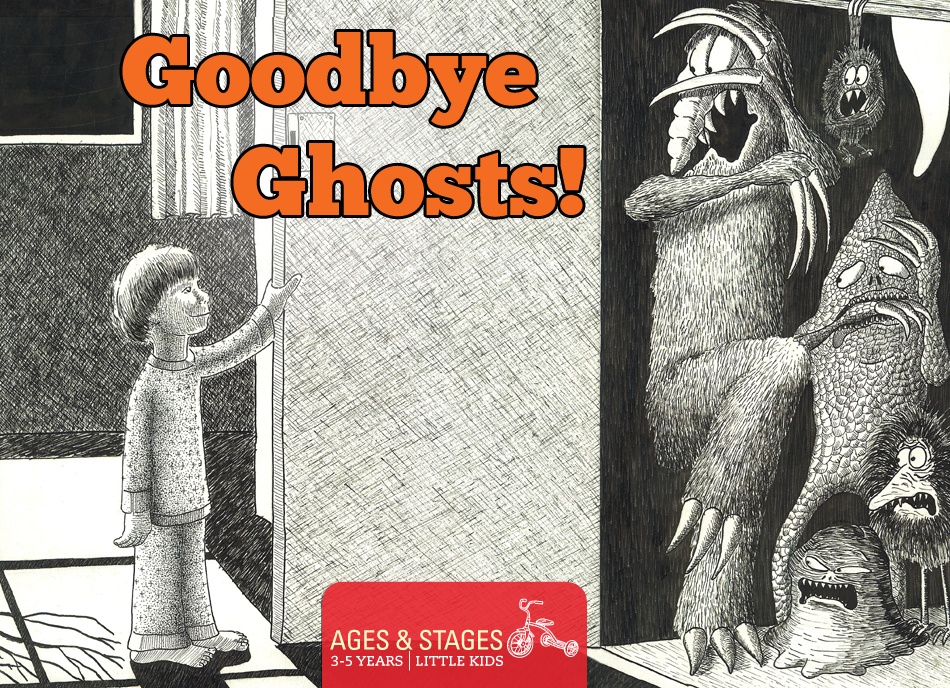 In addition to being a short-order cook, housekeeper, and 24/7 chauffeur, I’m also my kids’ #1 fear-fighter. I check under their beds for bad guys and stick my own arm in the toy bin “to make sure the crab isn’t real.”

My daughter believes zombies live in our attic and my son swears he’s seen a green ghost in my bedroom. I tell them, “Monsters are just pretend,” but neither child believes me. They’re convinced that danger lurks in the darkness.

Where Fears Come From

Kids’ fears are as unique as their personalities. Many young kids are afraid of animals and insects, characters in costumes, and things that go bump in the night. Others fear loud noises or believe they’ll be sucked down the toilet when it flushes. Even kids who don’t believe in the boogeyman may fret about schoolyard bullies.

“Some kids are more fearful than others because they are born with a predisposition to worry,” says San Diego, Calif., clinical psychologist Joanne Wendt, PhD. Other fears grow in response to trauma. For example, a child may start to fear bees after being stung himself or seeing a classmate get stung on the playground. A little information can be dangerous: Kids who learn about killer bees may believe backyard bumblebees are mini-mercenaries.

Adult role models can also fuel kids’ fears. A mom who is deathly afraid of escalators may pass along her anxieties by telling kids moving stairs are slippery and insisting the whole family take the elevator. Tamar Chansky, PhD, author of Freeing Your Child from Anxiety, says, “Parents need to be mindful of the signals they send so they don’t send fearful messages about objects or situations that are basically safe, or can be managed,” she says.

Dismissing kids’ concerns isn’t the answer. “Parents can unintentionally feed kids’ fears by reassuring them they have nothing to worry about,” Wendt warns. The best approach is problem-solving. Here are some ways to do it.

Identify the issue. When your child comes to you for help with a fear, engage in some critical thinking. Questions like “Why are you afraid of this spider?” and “Have you been hurt by a spider in the past?” encourage your child define her fear more clearly. Once she’s defined her fear, she can start to question its legitimacy.

Teach kids to think twice. First, ask your child what worry is telling him about the situation, using a funny voice or puppet to represent worry. “Then, using his ‘smarter mind,’ ask your child what he really thinks will happen,” Chansky says. A worry might be saying, “The 6th-grade bully will toss me in the trash can,” but your child’s smarter side knows, “The trash can has a locked cover.”

Fight scary with silly. Have your child draw a picture of the thing that scares her. Then, do a goofy makeover complete with a ballet tutu and hair curlers. Coach your child to imagine the monster slipping on a banana peel or falling off a cliff. “This allows her to take charge of her fear and her imagination,” Chansky says.

Practice self-soothing. Kids can learn breathing and muscle relaxation techniques to calm themselves. The easiest strategy is to breathe slowly while counting to four and breathe out while counting to seven. This focuses your child’s attention and puts him back in control. “Repeating a special word, phrase or affirmation, such as ‘I can handle this,’ also eases anxiety,” Wendt says. Practice these calming behaviors every day so they become automatic.

Step it up. Use a technique called systematic desensitization to approach the feared situation gradually. “Make a simple drawing of a stairway from the side view and put your child’s goal at the top,” Chansky says. Then start at the bottom and write in steps from the least to most threatening. For example, a child whose goal is to pet a dog might start by looking at pictures of dogs, visiting a pet store or animal shelter and letting a dog sniff her hand. Remind your child to take deep breaths as anxieties escalate.

Be patient. Forcing kids to confront their fears when they aren’t ready will only increase their anxiety. Talk about your own insecurities and model a courageous approach to the unknown. When your child feels overwhelmed, allow him to step back and observe the scary situation from a distance. Before long, he’ll probably be ready to reengage.

All kids have occasional worries, but some suffer from intense and persistent fears. “Anxiety disorders are the most common psychiatric disorders, affecting between 10 and 17 percent of children and teens,” Chansky says. “They are also the most treatable.” Using cognitive-behavioral therapy, kids can learn to turn down their over-reactive emotion systems and teach their brains new tricks.

If your child’s fears keep her from enjoying everyday activities at home and at school, reach out to your pediatrician or school psychologist. A professional fear-buster can help your child say “Boo!” to ghosts and other childhood anxieties.

Research and logic can help kids shrink fears down to size. “Have your child write down three facts about his feared situation to put it in perspective,” says licensed professional counselor Neil McNerney, LPC, of Reston, Va. A child who is afraid of thunder storms might note:

Bottom line: Fear is a healthy response to a dangerous world. Encourage your child to learn from it.

"The Dark, Dark Night" (2008) by M. Christina Butler and Jane Chapman. A fearful frog mistakes his own shadow for a swamp monster in this sweet read.

"A Not Scary Story About Big Scary Things" (2010) by C.K. Williams. A growling monster begs a brave boy to believe in him in this silly story.

"Wemberly Worried" (2000) by Kevin Henkes. Anxious kids will recognize themselves in Wemberly, a shy white mouse with lots of worries.