Mark DeYmaz has made his life’s work about shining light in dark places, everything from human souls to broken down and blighted buildings in the heart of Little Rock. That journey has led him and his wife Linda to The Mosaic Church of Central Arkansas. 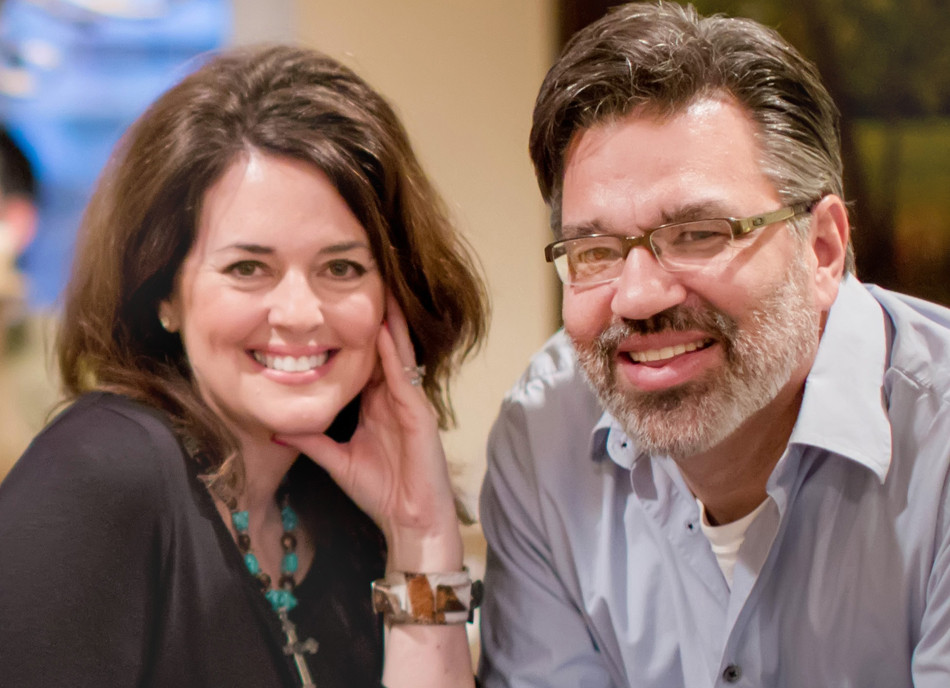 Government and education can’t root racism out. Only the spiritual man can be led to that,” states Mosaic Church Directional Leader Mark DeYmaz. He’s made his life’s work about shining light in dark places, everything from human souls to broken down and blighted buildings in the heart of Little Rock. He references Matthew 5:16, “Let your light shine before men in such a way that they may see your good works, and glorify your Father who is in heaven.”

The Mosaic Church of Central Arkansas’ website refers to their work as a multi-ethnic, economically diverse, community of faith where a significant percentage of Black, White, Hispanics and people from over 30 nations walk, work and worship God as one. There is an additional Arkansas location in Conway, and locations in Durham, North Carolina and LaCoruna, Spain.

“We grew up in very opposite ways. We probably wouldn’t have been interested in each other in high school,” Linda shares with a warm grin.

Mark says, “I went to college on a baseball scholarship. That’s where I grew. Things finally sank in. I went from darkness to light and finished college. I became a Christian in Scottsdale, Arizona in 1984. I worked as a high school pastor. It was a good fit for me. The kids responded to me. I then went to seminary in Portland, Oregon.”

The couple met, fell in love and got married while Mark was in seminary and a youth pastor at a local church in Portland. Linda also shared a love for working with kids. She worked with the high school girls at the church where the couple met. They continued their work in youth ministry which took them to Ramstein Air Base in Germany. They lived there during the time of the fall of the Berlin Wall. 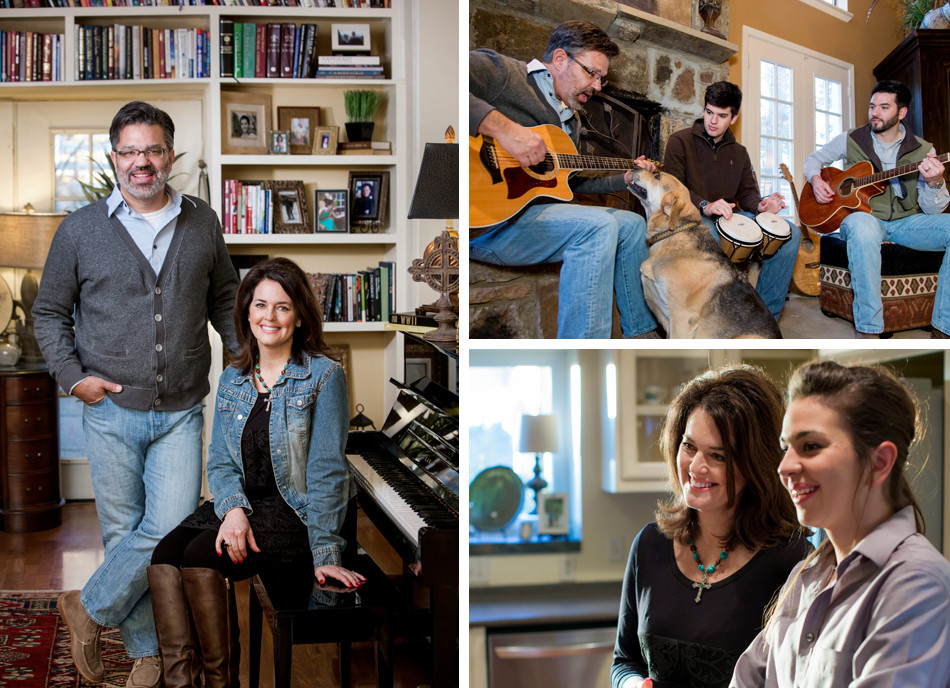 Mark and Linda later returned to the United States working in Washington state. In the summer of 1993, they were brought to Little Rock’s Fellowship Bible Church to start FSM (Fellowship Student Ministries). In 2001, they left Fellowship to “plant Mosaic” according to Mark.

Linda says, “It was a huge decision, because we loved Fellowship. We had figured we’d eventually go back West because that’s where our family lives. But, it was very clear we had a call to stay here.”

In 1997, Mark spearheaded a rally called Racial Reconciliation Rally. “It had been 40 years since Central High. Racism is ultimately a spiritual problem. Next generations need to have integrated churches. So we got youth groups from several churches together.”

“The promotion of the event in black churches and black radio provided the spark for the rally. DC Talk got involved. CeCe Winans, Mike Huckabee, Evander Holyfield and more were involved. The rally included over 13,000 people at the River Market. It was on the front page of the newspaper and on ABC World News Tonight,” states Mark.

“That took me into further exploration. I studied the New Testament and the nature of the church. If the kingdom of heaven’s not segregated, then why is the church on earth? When I was considering starting Mosiac, I went around and asked 25 to 30 pastors and churches around town three questions. Is there a need for this type of church? Is the time right? And, am I the guy to start it? All said yes,” explains Mark. “Linda and I discerned this is what God wanted us to do.”

The Mosaic Church originally met in smaller rental properties in the UALR area. It then moved to Little Rock’s first Wal-Mart location on Colonel Glenn Road that had become infested with vermin and a site for criminal activity. The church and its diverse growth have been a catalyst for positive change in the community by cleaning up that building and encouraging economic growth in the surrounding shopping centers.

“We encourage unity and diversity from a leadership and staff level. Our services flow intrinsically through who we are. We expanded our influence on 72204 and beyond,” affirms Mark. “We are now buying the old Kmart on South University and raising funds to completely build out and improve the space. We have a plan for our Wal-Mart space as well, leaving a wonderful footprint in place for the future renter and community. Not only the church, but all of its programs will be carried over with us.”

“That part of the community is now a positive column for the city…a real community transformation with measurable results,” says Mark. “There are new businesses planning to go in there. It’s an economic uplift. The church has been a major player with UALR and bringing up the community.”

Linda shares, “It’s metaphorical like taking a person’s life—down and out—and totally being changed with a new hope and a purpose!”

Share It Tweet It Pin It
Mark and Linda DeYmaz’s children include Zack, 25, Emily, 22, Will, 18, Kate, 16. Zack is married to Lori. They have two children Grace, 4, and Catherine, two months old. Mark and Linda had a daughter named Alexandra Grace who was stillborn on Easter 1995.

Linda says of their ministry’s impact on their children, “It’s been a gift. They’ve learned to reach out to a different person in the room and awareness and including others.”

Mark says, “They’ve learned about the idea of prejudging just because of the environment which is in all of us, but it’s what you do with it that matters.”

Mark and Linda are both authors. Linda’s best-selling book, “Mommy Please Don’t Cry” is the #1 Christian resource for families coping with child loss in America.

“After we lost our third child, our daughter, Ali, I fell in love with God a little bit more. I wanted to bring moms hope. It’s the story of a little girl in heaven. Since writing the book, I’ve gotten letters from all over the world about how the book has impacted people. I’ve helped St. Vincent’s with their bereavement program. St. Vincent’s program is the flagship for other hospitals in the country. The room is the exact space where Ali was taken after she was born. It’s a serene, wonderful area for the family and for healing,” Linda affirms. 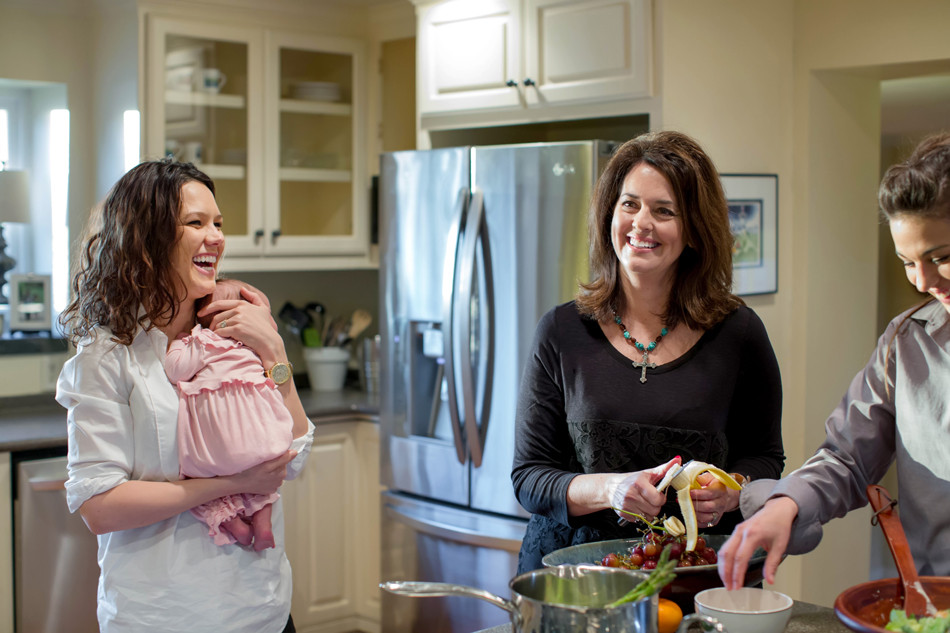