Jane Balgavy keeps a starfish on her desk at North Pulaski High School in Jacksonville. It is a reminder that while she may not be able to impact every child, what she is able to do matters to those she encounters. 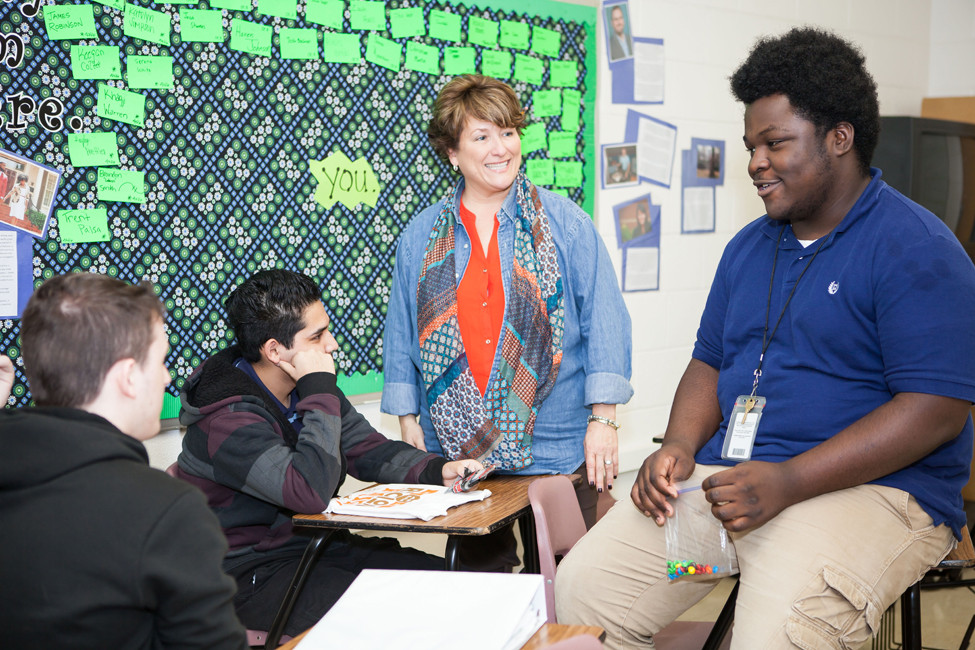 Jane Balgavy keeps a starfish on her desk at North Pulaski High School in Jacksonville. It is a reminder that while she may not be able to impact every child, what she is able to do matters to those she encounters. Anytime she can share the starfish story she enthusiastically does so. “It’s a wonderful story about a young woman who was seen hurriedly picking up starfish along a beach and casting them back into the ocean, when a man comes along and says she will never be able to save all of the starfish… that it doesn’t matter how many she picks up and throws into the water. But the woman picked up another starfish, threw it into the water and said ‘it mattered to that one,’” Balgavy recounts.

It is how she says she governs her interactions with her students. After nearly three decades in the classroom as a speech and drama teacher, Balgavy has been the savior of many starfish. But she might not have been in the classroom at all this year, had she not learned about a vacancy that would keep students from traveling to competitions. After retiring two years ago from the Cabot School District, she returned to North Pulaski High—the school where her career began.

“I feel like it was a God thing, having started here as a student teacher in 1984. I just knew I needed to come back.” But Balgavy didn’t necessarily need a classroom to continue living out what she describes as a calling. Before returning to North Pulaski this past August, she and her husband John spent two years traveling around the world visiting former students whom she affectionately calls forever friends. The pair has attended weddings, the births of children and other occasions, both joyous and sad.

John is arguably as important to Balgavy’s former students as she is. Since 1986, the couple has hosted hundreds of students at their home each year for an after-prom party and sleepover as a way to keep the teens away from risky behavior. The next morning John always cooks a big breakfast for everyone. “It’s a safe place for them. One year we had 71 kids. And last summer about 50 kids from the 90s and the 2000s came back and spent the night. It was a blast,” Balgavy remembers fondly. She and John have plans to host another slumber party again this spring.

“I feel so blessed to be able to teach high school students. They are on the launch pad of the rest of their lives.” Balgavy also counts it a blessing to have had supportive administrators throughout the years who understand the importance of the arts. “Speech and drama are elective courses and having a boss who buys into what you’re doing makes all the difference in the world.”

Such support is key, Balgavy says, to longevity as a teacher. It is advice she delivers to those new to the profession. “The kids are going to make you crazy at times, but at the end of the day you go home and celebrate your victories. The main thing is you have to love them,” Balgavy says.

Love them, she does. Balgavy has taken students on college visits to as far away as California, paid college dorm deposits and routinely fills in the gap for student lunches. Inside her classes, Balgavy encourages students to push past their fears and achieve what they were unsure they could. She becomes emotional while describing how it feels to see a former student living out their dreams as an adult. “I saw what they could be before they knew it. All I’m doing is paying it forward. My parents valued education, and I had great teachers who invested in me. I was one of those starfish. It mattered to me.”