Debbie Roper Bryan was surprised to be named an Amazing Educator, but maybe she shouldn’t have been. After all, she was raised in a classroom. 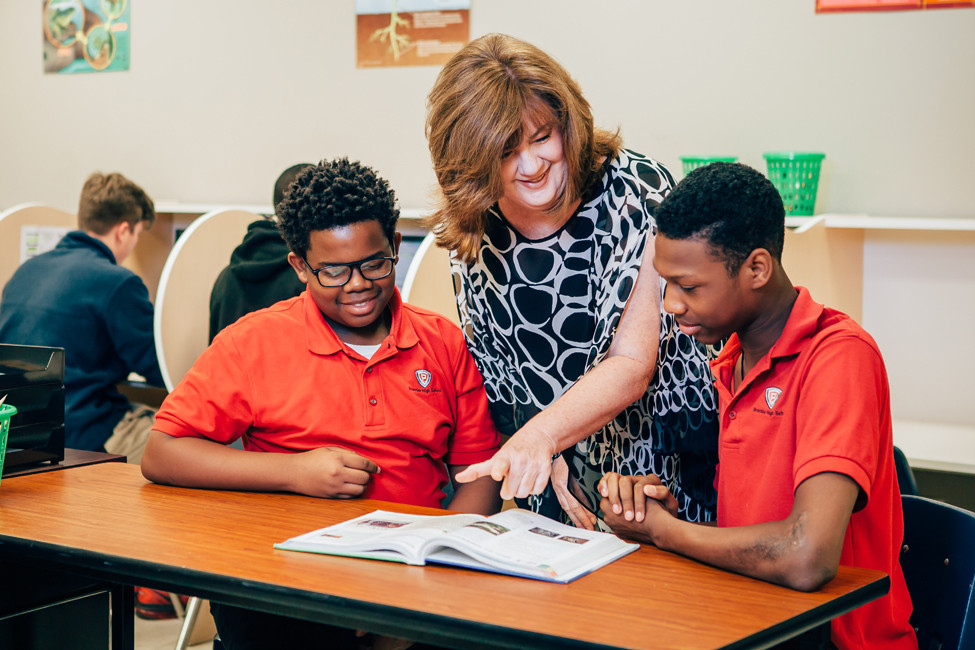 Debbie Roper Bryan was surprised to be named an Amazing Educator, but maybe she shouldn’t have been. After all, she was raised in a classroom.

Bryan was all of 16 months old when her mother, Neita Roper, founded Roper’s School, one of the first preschools in southwest Little Rock. “She started it in 1961, and I grew up there,” Bryan recalled. “I was there from 6 in the morning to 6 at night, and it was fun fun fun.”

Still, when she was honored by Little Rock Family for her work in special education at Premier High School, “I was totally shocked,” Bryan said. “I’m a normal teacher who just does her job every day.”

Yes, but that job is served by the “relentless work ethic” of a teacher who “goes above and beyond” to meet students’ needs with care and compassion, Premier Principal Dennis Felton said.

So while Bryan’s career may seem predestined, she took a winding path from preschool to kindergarten teacher to high school special ed at an inner-city charter school.

After graduation at McClellan High School in 1977, she focused on early childhood education at the University of Central Arkansas and then taught kindergarten for nine years. “I’m an early childhood kind of girl,” she said. But then came two decades as a corporate wife and mother — her older son is an Army veteran; her younger son a senior at Premier— before Bryan found herself back in central Arkansas, getting her special education credentials to teach through the eighth grade.

Told that only two extra classes were required for accreditation through 12th grade, she took them, and it was a fateful choice. After teaching preschool in North Little Rock’s now disbanded Tri-District program, she briefly taught middle School at LISA Academy, setting the stage for her job at Premier. “So here I am in high school. Same teaching skills as in Pre-K!”

At Premier, which has about 110 students and opened in 2013 as a collaboration between Responsive Education Solutions and Arkansas Baptist College on the college campus on Martin Luther King Jr. Drive, Bryan teaches 17 students in small groups throughout the day.

“No day is normal in teaching,” she says, adding that teamwork is a major key to Premier’s success. “General ed teachers are essential to special education. We work together as the students work on different subjects and rotate in and out.”

“Learning should be fun,” Bryan says. “It should be exciting. A teacher has to pose questions in ways that make students want to know the answers. In larger schools, that can be more challenging. Students can get lost. Here, they get teachers who say ‘I’m proud of you. I’m proud that you got up to come to school.’”

Bryan called herself a real “tightwad,” the kind of person who fears unexpected costs like the heating going out. But sheepishly revealing her first-generation iPhone, she admitted she has one idea for her $1,000 Amazing Educator prize. “I probably will put it toward a new phone. This one is so slow, it could use some updating.”