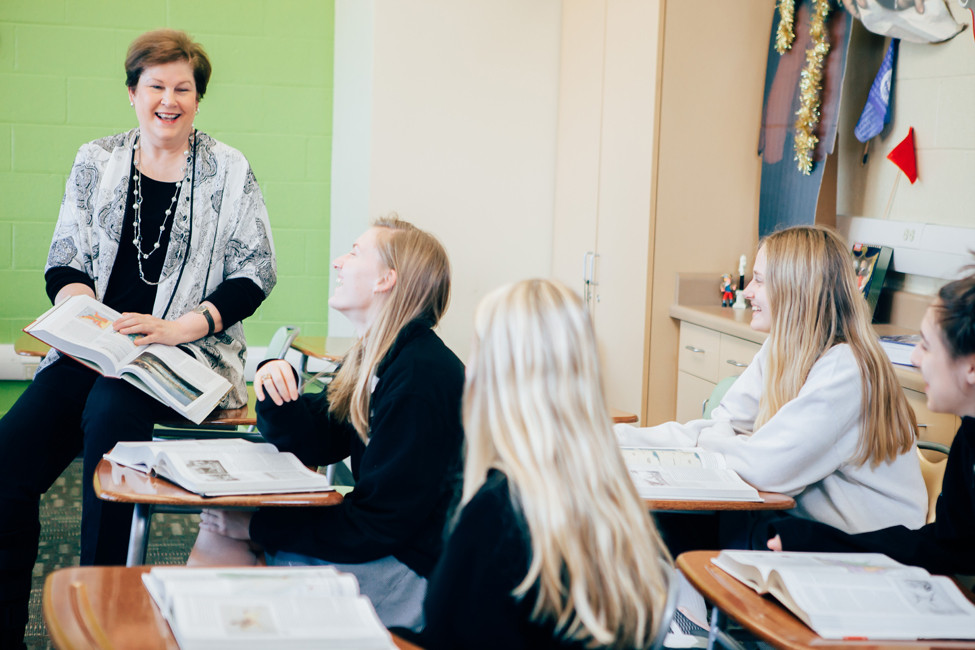 Mary Logan had attended 16 schools all over the world, but never set foot in Arkansas.

Then an almost random choice brought her here, and for that, she and her students are grateful.

Logan was an Air Force brat, born in Maryland as her father served in the Korean War; she graduated from high school in the Philippines while her dad was in Vietnam. So her appearance in Arkansas was mainly a twist of fate.

“Moving around so much, we had very little contact with family, which meant no real roots to go home to. I chose to attend [the University of Central Arkansas] simply because a friend I knew when we were stationed in Germany was going there. She was a native Arkansan, but I had never been here.”

At UCA, a teacher changed the direction of Logan’s life. “I decided to change my major from journalism to history. It was because of a teacher,” she said. Professor Maurice Webb captivated her with his “storytelling,” and Logan vowed that if she could enthrall students that way, she would teach. He encouraged her, she said, and “my work has been my passion since.”

Her first job was at Conway Middle School, where she taught sixth graders until the teacher she replaced decided to come back. Logan voluntarily gave up the job, becoming a graduate assistant at UCA. But when she re-entered the job market, in 1975, the nation was in a recession and teaching jobs were scarce. After working in an office, she was hired by Sister Mary Amata, principal of Immaculate Conception in North Little Rock.

Four years later she was at Mount St. Mary’s, Little Rock’s oldest Catholic school for girls. “I have been here since 1980 and have loved it from the start. The Sisters of Mercy have encouraged me and given me so many opportunities that I consider this home.”

A world traveler since childhood, she has has taken students, alumni and adults abroad for educational, affordable experiences for the past 38 years.

“I have lost count of the former students who tell me how travel changed their outlook,” she said.

And she can barely count the countries — Russia, Australia, New Zealand, Canada, Mexico, the Philippines, Japan and China, just to name a few.

Her philosophy of teaching? “Everyone matters. Teaching girls, I try to instill in each one a sense of self-confidence … We are all obligated by our faith and by

our natural goodness to help others.” She said she was “absolutely” surprised by the Amazing Educator award, and the $1,000 check that came with it. She said she planned to spoil her three grandchildren with the money over the holidays.

She said the world offers many ways to contribute, but “what really matters is being yourself and being the best self you can be.”