All Aboard! 5 Arkansas Train Activities for the Whole Family

All Aboard! 5 Arkansas Train Activities for the Whole Family

Trains come in all shapes and sizes — from the toys that may be scattered across your living room floor to the booming freight trains that fascinate the littlest observers. 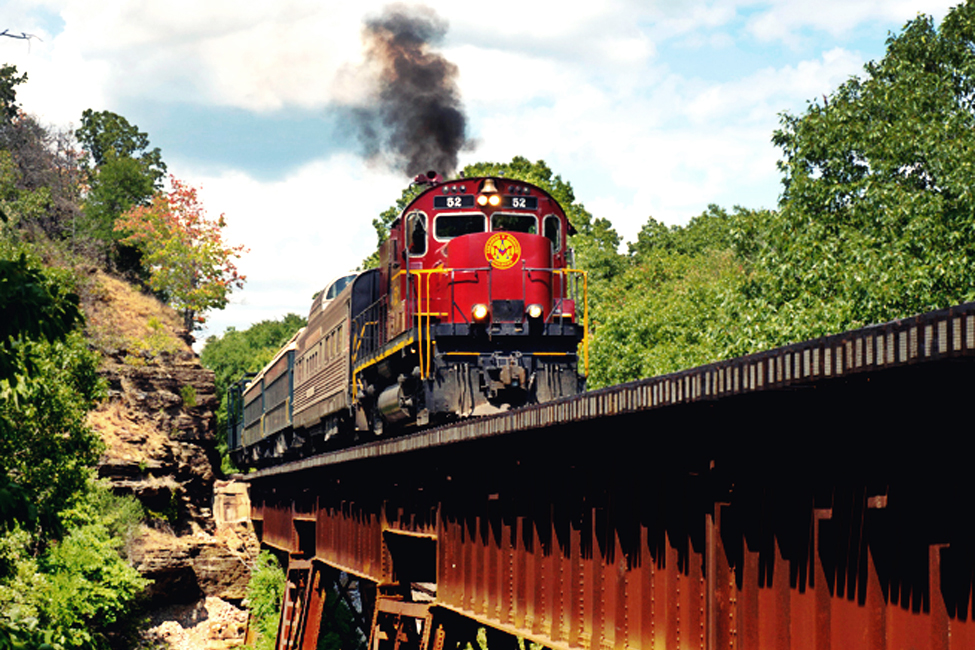 If your son is going through an “I love trains” phase, then maybe it’s time to have a day focused on those fascinations. Perfect for spring break, a weekend when you’re looking for a little getaway or just any time the family is wanting to try something new, here are fun ways to enjoy your kids’ obsessions with them.

Trains come in all shapes and sizes — from the toys that may be scattered across your living room floor to the booming freight trains that fascinate the littlest observers. Old trains, new trains, red trains, blue trains — we’ve got it all in Arkansas. Even a restaurant train.

Burgers, chicken nuggets and other kid favorites are delivered to tables by toy trains that travel on two separate tracks around the restaurant. You’ll hear the conductor whistling and yelling “all aboard” upon arrival of the food.

So you’ve been to the museum and seen the trains — now it’s time to ride one. The ES&NA Railway in Eureka Springs recreates rail travel from the turn of the 20th century. Visitors can explore historic depot and steam locomotive exhibits before boarding a real train. The Excursion Train takes passengers on a one hour, 4.5-mile ride through the hills of the Ozarks. Book a trip on the lunch or dinner train for an extra special treat. Trains run April through October. 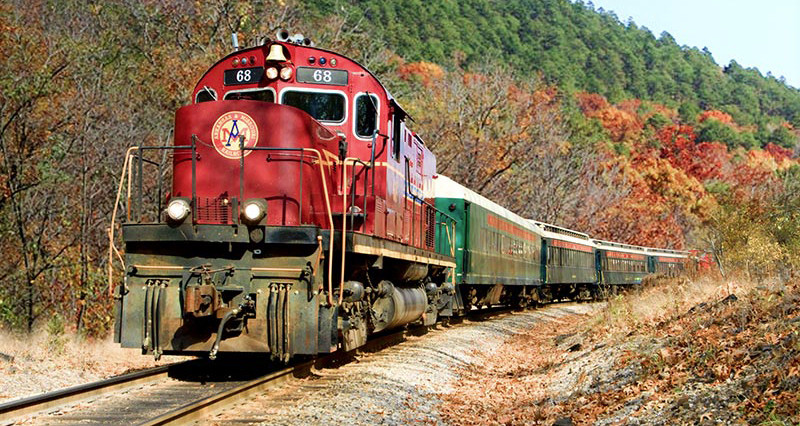 The A&M offers round trip scenic tours through the Ozark Boston Mountains. Burrow through the quarter-mile Winslow Tunnel and travel high trestles more than 125 feet from the ground to see breathtaking scenery in northwest Arkansas. The train cars are from as early as the 1920s. Excursions range from three hours to all day and snacks and meals are available for purchase on board. There's even a children's Christmas train in December! 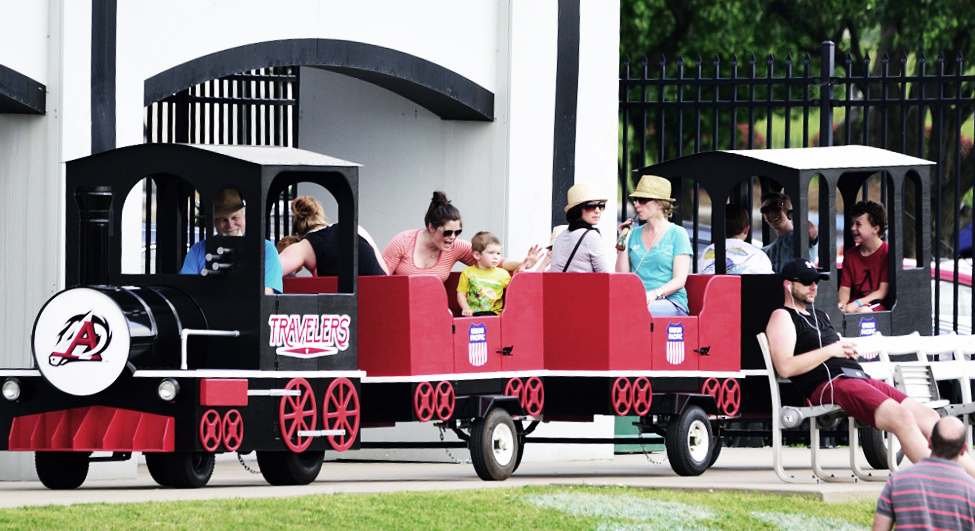 There are a few miniature trains around central Arkansas that the kids can hop on for a quick ride. Go to a baseball game and ride the train at Dickey-Stephens Park (season goes April-September), visit the Little Rock Zoo and climb aboard the Arkansas Diamond Express (year round) or stop by Funland Amusement Park at Burns Park in North Little Rock for a ride on the little train (open April-September). Finally, it might not be a true train, but the Rock Region Metro Streetcar usually has a spare seat or two on its journeys downtown.

This article originally appeared in the March 2017 issue of Little Rock Family magazine. Some updates have been made to the content.