Building a robot seems like an endeavor for an MIT grad — but as technology has progressed, it has become an activity for kids. 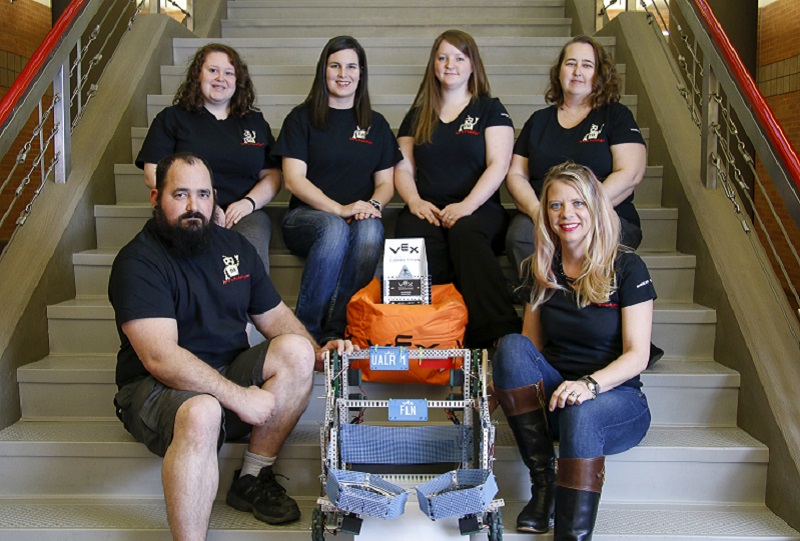 The University of Arkansas at Little Rock "Just a Prototype" robotics team members include: In the back, from left to right, Jamie Burrows, Rachel Smith, Shala Nail and Donetha Groover. In front from left to right are David Shurley, FLN the robot and Faculty Advisor Sandra Leiterman.

Building a robot seems like an endeavor for an MIT grad — but as technology has progressed, it has become an activity for kids. Using kits that are not unlike building blocks or puzzles, children are constructing robots that compete against one another to perform tasks.

In an effort to help start more teams and expose kids to robotics, Leiterman is leading a VEX IQ Robotics summer camp from 8 a.m.-noon July 31 though Aug. 4 in the Engineering Technology and Science (ETAS) building on the UALR campus.

The cost is $125 and some scholarships are available based on financial need. Teachers are invited to attend the camp for free to observe and learn how they can start teams at their schools. Grants are available through the Robotics Education & Competition Foundation, and Leiterman says that she can help teachers apply for those grants.

Leiterman's teams are on hand for the camp to teach kids how to use the VEX system. One of those teams, Uncut Diamonds from Mill High School, formed six years ago and has appeared in four national championships. 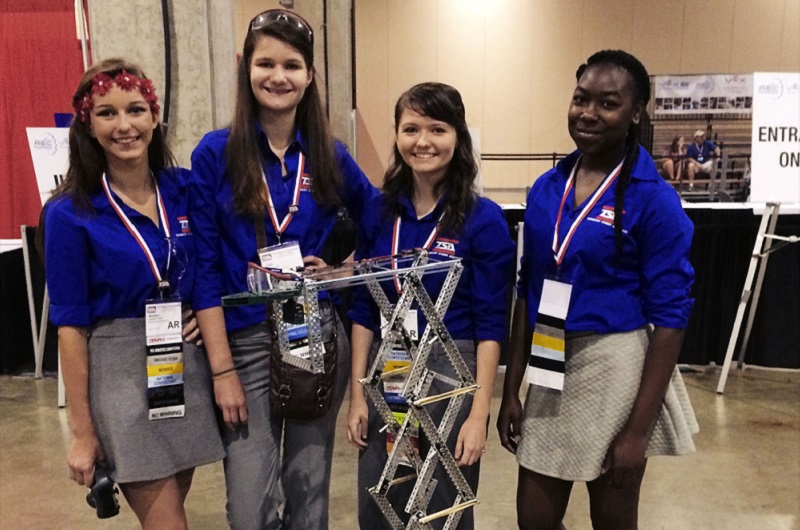 "We've had some come and go, but we've had a core that has been together for six years," Leiterman says. "They're all going into some sort of science or engineering, which is a long way from where they were in sixth and seventh grade. I had a musician and an artist. Now, one is going into engineering and the other is going into marine biology.

"There's a lot of creativity and building. We have people that design and build. And then you have people that program it. But there has to be an engineering notebook and that requires drawing. Hand drawings and computer-based drawing."

Even if kids aren't particularly science-minded, they can still benefit from practicing teamwork, leadership skills and problem solving.

Below is a video that show this year's VEX IQ Challenge Game. Kids at the camp learn to use the same equipment that this game is made for.