Forged in middle school, the pull of percussion was so strong on Erick Saoud that he came home from his first year at the University of Florida with a startling announcement. 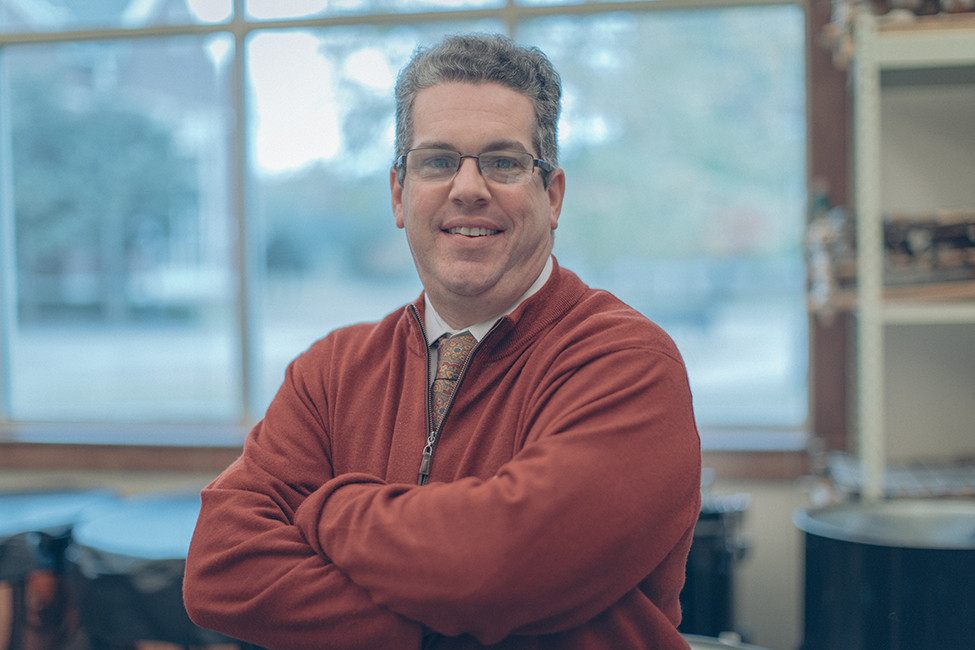 Forged in middle school, the pull of percussion was so strong on Erick Saoud that he came home from his first year at the University of Florida with a startling announcement.

“When I got to college I was pre-med and I missed music so much that I changed majors,” he said with a wide grin. “Mom was, ‘Well, Erick, if that’s what you want to do, we’re happy to support you.’ And Dad was like, ‘Really? Are you kidding me, son?’”

Years later, Dad still hasn’t forgiven him entirely for abandoning life as a doctor, but he’s come around to the important work that Saoud has done in the music department at Episcopal Collegiate School in Little Rock. His percussion course opens up new worlds to students, just like his own middle school drum kit did for him.

“What I’m doing is giving kids a basis for a life in music,” he said. “They’re going to be musicians forever. Maybe not as a profession, but they’re going to be a musician at church, a community drum circle, regular audience members at the Arkansas Symphony. They’ll teach their own kids music.”

Saoud’s program had humble beginnings. The closest thing Episcopal had to a drum corps back then was a bucket band that would bang away during home football games. Administrators approached Saoud with a request to teach some lessons and keep interest in the Friday night group.

“I said, ‘That’s great, but that’s not what I do. If you hire me I’m going to build a program,’” he said. “I went into the details and they said, ‘Well, that sounds good but we’re going to be all right on Friday nights, right?’”

Saoud’s vision went well beyond plastic buckets in the student section. He developed an entire percussion curriculum that takes students on a trip around the globe to discover the many different forms of drumming and the cultures that developed them. They also give several performances, featuring an interesting mashup of styles and rhythms. 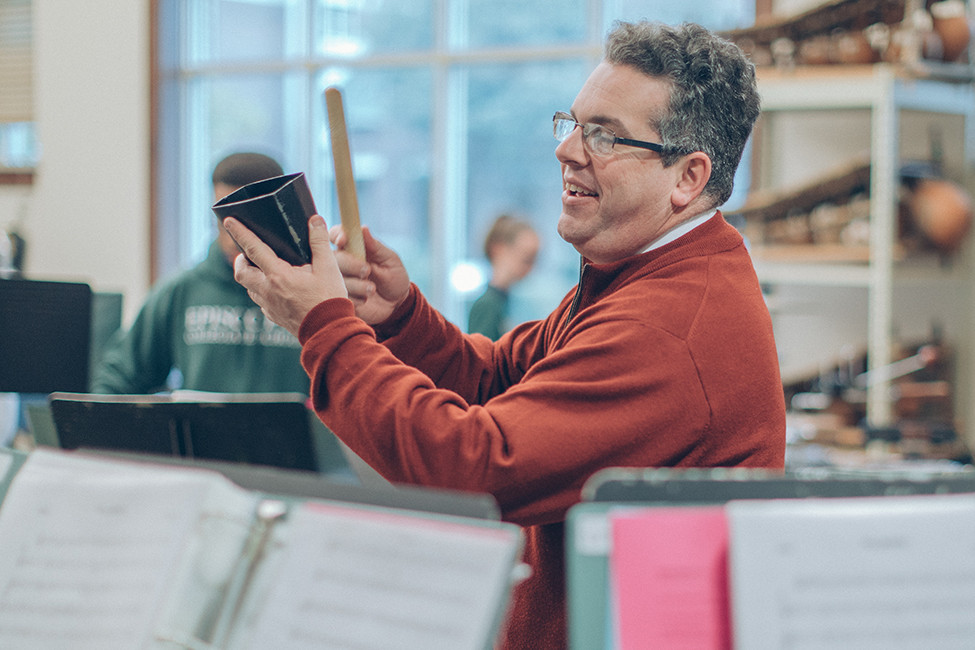 Share It Tweet It Pin It
“What I’m doing is giving kids a basis for a life in music.”

Episcopal has a steel band, uses Ghanaian xylophones and has a ragtime band. According to Saoud, he doesn’t know of any other schools with a ragtime marimba band.

His classes, open to sixth- through 12th-grade students, have grown both in number and gender representation. Participation has grown from fewer than 10 early on to 75 today. Girls have gone from essentially zero to about a third of the drummers.

“It’s really great; middle school girls are so much more mature than the boys,” he said. “Girls will stand there and look me in the eye and they’ll listen to what I say and they do it. Boys, you know, they’re bouncing off the walls, they can’t focus on anything.”

Saoud said the course hasn’t produced any professional musicians yet, but that’s not really the point. Playing for playing’s sake is the point, something even he had to learn as the instructor.