Every day, Malcolm Sharpley looks into the faces of his students at J. A. Fair High School in Little Rock and catches a glimpse both of himself and the future of his community. 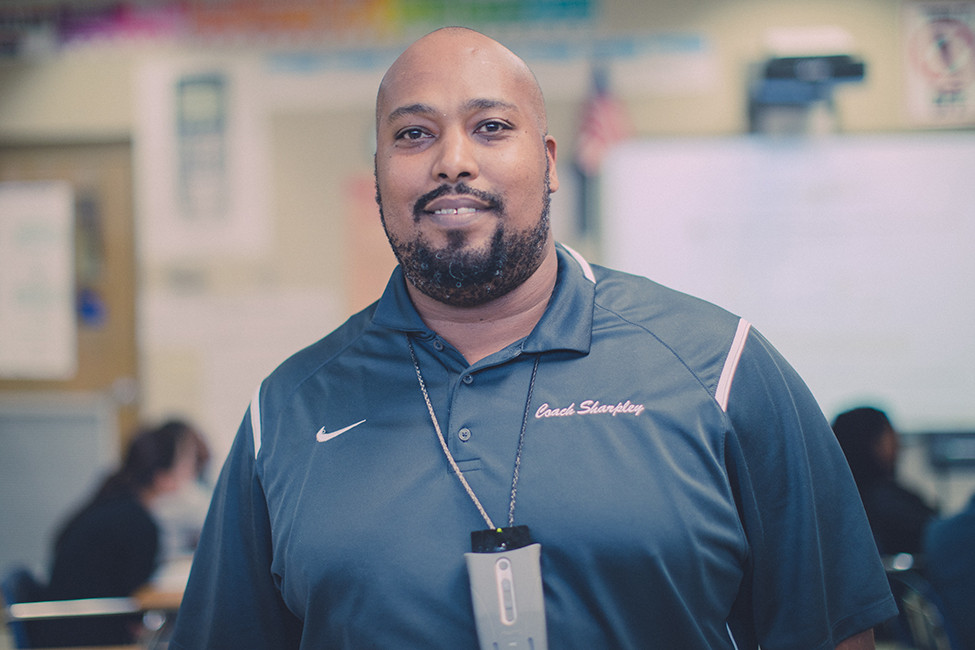 Every day, Malcolm Sharpley looks into the faces of his students at J. A. Fair High School in Little Rock and catches a glimpse both of himself and the future of his community.

Sharpley was raised near J. A. Fair and came through the Little Rock Public School system. He said these roots not only give him personal connections with the families of his students, but also help him relate to them in a way that’s authentic.

“I was always one of the people that was a voice as far as what’s going on in schools,” he said. “Once I got in, I decided I could change things, so I just sought to do things a little bit differently to try to inspire my students.”

Sharpley came to the education field after a career in sales dried up and he found himself volunteering at his children’s school.

“It just seemed like every school that I went to, one of the things that they were saying was they needed more black male teachers,” he said. “It was a calling.”

Sharpley landed at J. A. Fair six years ago where he teaches math to ninth- and 10th-graders. It’s a tough crowd, but one for which he’s developed both a fondness and a formula: High expectations and firm rules applied with compassion.

“You got a kid that’s had a rough night, whatever situation they may be going through. When they come into class, they know that there are certain rules. They can’t lay down, they can’t sleep through the class, they can’t talk and get on their cell phones the whole class period. They can’t do any of those things,” he said.

“But along with that expectation comes the compassion of knowing, hey, you’re hungry, if I gave you some crackers or something like that, would that kind of help you wake up and get class started? Growing up in this city I can relate, I think well, to students and some of the things that they bring from home to school.” 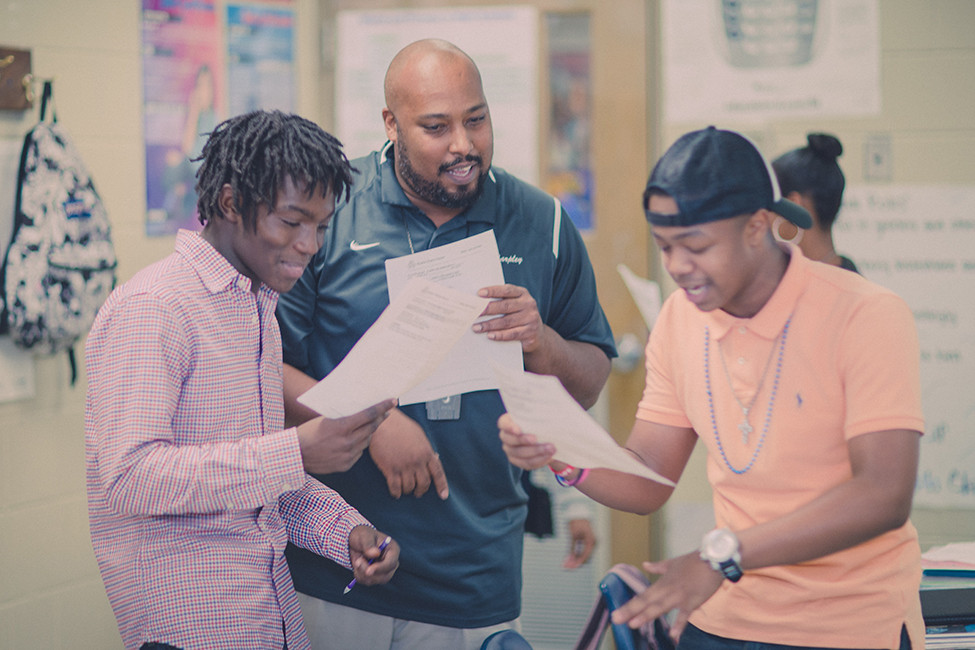 Share It Tweet It Pin It
“... I just sought to do things a little bit differently to try to inspire my students.”

Sharpley doesn’t reach everybody, of course, but he has more than his share of success stories to show for his efforts. Like the boy who tested below basic in math for three years before he got to Sharpley’s class.

“We used some rap lyrics to learn certain concepts. We used a lot of technology,” Sharpley said. “We had a lot of good discussions about math. By the end of the school year, he was proficient in mathematics. He’s in college now.”

Another student had a chronic behavior issue and was on the road to being expelled before Sharpley got ahold of him in ninth grade. Where other teachers might have seen a lost cause, Sharpley saw an opportunity during a unit on budgeting.

“He wanted to buy a BMW. So I said, ‘We’ll work with that,’ and I showed him how to budget it and how much the payments would be if he paid it out over time,” he said. “This year, he’s a senior and I was talking to him in the hallway the other day. This kid bought a Lexus, just an older car with the transmission out in it. He also purchased the transmission and put it in this car. Never did anything like that before, just read the instructions. I was pretty impressed.”