Michael Joe is a senior at Robinson High School and is looking forward to college with hopes of a career in entertainment.

Four family members of children with special needs offer What I Wish I Knew Then. 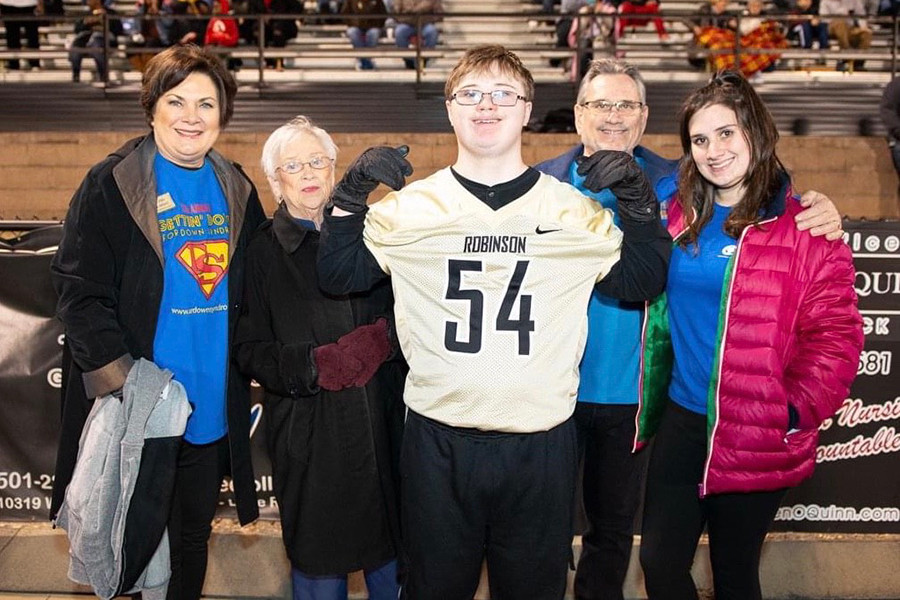 Michael Joe’s parents, Fran and Michael, did not know of his DS diagnosis before he was born. At about 4 months old, after learning he was in heart failure, he had his first heart surgery with several others to follow.

“After 3 years old, he was very healthy and very robust. We started, on the day of his birth, doing mouth and tongue massage to strengthen all of that for his speech. That has paid off very well. He has excellent speech. We started therapies at 3 months old,” says Fran, who also serves as treasurer of the Arkansas Down Syndrome Association (ADSA) board.

What is the best thing you did for Michael Joe?
Looking back, the best thing I have ever done for Michael Joe was to believe in him. He wants to do so much in life. I tell people all the time that the biggest disability that he has is his mom! I am sometimes too protective because I don’t want him to be hurt or disappointed. But isn’t that also what we want for our typical children?

What do you wish you would have done differently?
If I could change anything it would be not to have been so fearful and stressed. Our babies with DS were given to us as a blessing to know true joy, and they are just here for a short time. Love them and enjoy their gifts of wisdom and truth.

Where did you find the best information to help you make decisions?
It was through the families and connections I gained through the ADSA. Of course, Arkansas Children’s Hospital (ACH) and Easterseals were extremely helpful, but through the years, ADSA gave us the information, resources and social activities to help us navigate this different world.

Today, Michael Joe is a senior at Robinson High School and is looking forward to college with hopes of a career in entertainment. 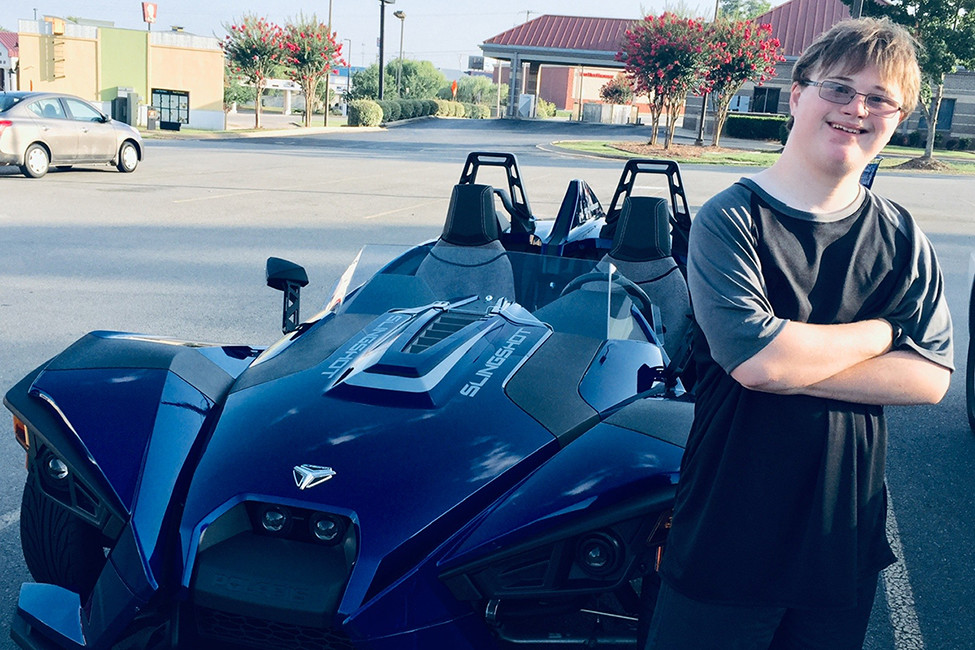 Share It Tweet It Pin It
Eighteen-year-old Michael Joe is a self-taught drummer who plans to study music in college.

“My favorite subjects are getting to know more about math and science,” says Michael Joe.

His first choice for college is Union University in Tennessee and he is excited to go. According to Fran, he meets all of the requirements in the extended program for self-care skills and guided independence.

“I am thinking about making music in college. I would like to bring my laptop, headphones and microphone and record my first song. I’d cut it out in two or three weeks. I’ll look for someone to help me do it. I don’t know how to record a song,” Michael Joe says with a big smile, but he hopes being close to Nashville along with his love of country music will help.

Michael Joe is a self-taught drummer who learned how to play by doing his own research and finding lessons on the internet. He also wants to be a lead singer and has a knack for acting. He is interested in touring with another artist as a DJ, coming along to pump up the crowd.

“Michael Joe does not want to start out small, he wants to go big,” says Fran.