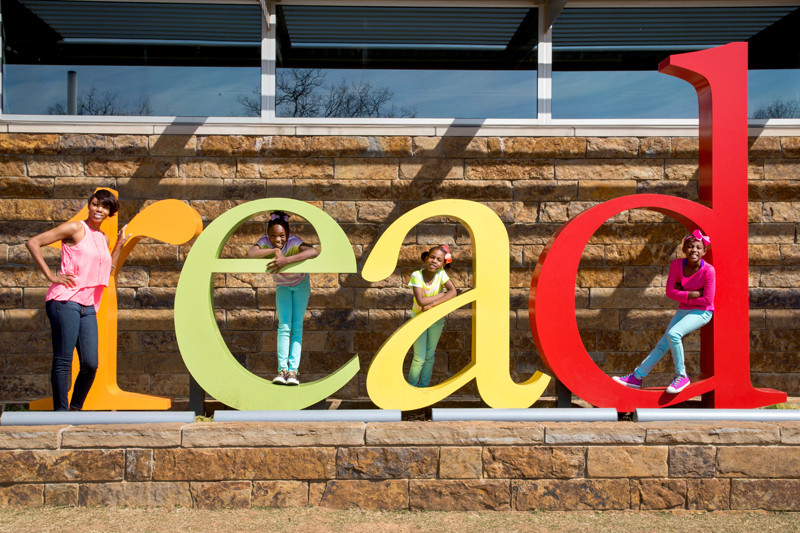 Share It Tweet It Pin It
Erica Taylor with her daughters Nia Jay, Laila and Tyra in front of the Hillary Rodham Clinton Children's Library & Learning Center.

It was just a typical Wednesday afternoon of wrapping up meetings at the office and rushing to THV 11 to record Little Rock Family’s parenting and event segments for the week. I was welcomed at the station door by beloved on-air personality Craig O’Neill in his high-energy, whirlwind way. When Craig’s excited about something, you can’t help but get excited yourself. He proclaimed, “Heather, I have someone you have to meet! This is Erica Taylor.”

My first impression of Erica was that she is stunning and very tall. I notice everyone’s height since I have the stature of a Hobbit. I’ve grown accustomed to looking up at people and have finally made peace with the fact that I’m never getting any taller.

All kidding aside, I was thoroughly drawn to Erica’s warmth and charisma. She is engaging, humble, creative and uplifting. Erica is an author with a newly released children’s book, “Figler: My Imaginary Friend.” Her writing is inspired by her close family ties, friendships, experiences and zeal for life.

Erica is the “baby” of seven children raised in Wheatley by her parents who have been married for 50 years. She shares, “There was always love, laughter and support at our house. We were always playing sports and cheering for one another. And, Wheatley was the definition of what a community should be. Many of my relatives lived there and people kept up with what you were doing. It takes a village—that’s Wheatley.”

Erica loved reading and first began writing in middle school about her day. She expanded her efforts to her feelings, poetry and writing stories. Later she began creating new endings for existing stories. She was also a very talented basketball player. She attended Louisiana Tech University on a full paid scholarship and was eventually drafted into the WNBA. She says her grandfather would say to them when they were little, “I don’t know what it is, but you’re gonna be great.”

When Erica was 16, she went to Colorado Springs to try out for the Women’s Olympic Basketball team. There, she met her now husband—former undisputed middleweight champion boxer Jermain Taylor from Little Rock. They bonded over their Arkansas roots and dated on and off over the years until they were married in 2003. They have four children, Nia Jay, 9, Tyra, 7, Laila, 6, and Jace, 15 months. She lovingly refers to Jermain, Jr., 13, as her bonus son. They’ve made their home in central Arkansas. 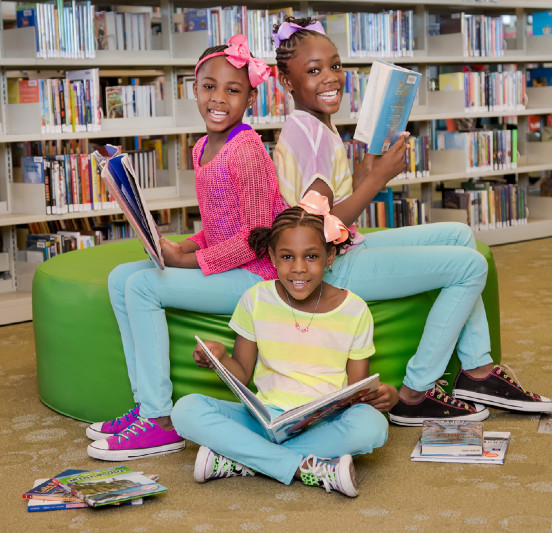 Their daughter Laila is the inspiration for “Figler: My Imaginary Friend,” although Erica is writing books based on each of her children. She states, “Figler is an imaginary monkey that can do things Laila has felt insecurities about. I have written the book to help children gain confidence and to believe they can do what they may have thought was impossible. There are lesson plans in the back of the book for teachers or homeschooling parents, along with questions and vocabulary that relate to discussions about role models. If you believe it and work hard enough, it’ll happen. Imagination rules creation. It starts with hopes and dreams. You CAN achieve it.”

Erica’s college basketball coach, Leon Barmore, used to put a quote on the board during practice every day that the players had to memorize. One of her favorites was “Wherever you are, be all there!” She says, “Moms are everywhere. It’s so hard, but try to be all there. Play and enjoy your kids, those innocent times with kids, because they grow up so fast. Enjoy every little milestone and precious moment.”

“It’s also important to build, build, build your children up so the world doesn’t break them down. My favorite advice that I’ve received over the years is to talk to and not at our kids while they’re little, because when they’re 16, you’ll want them to talk to you,” she says. “Something we do in the car every day is share our rose and thorn of the day. The rose is a beautiful thing that happened and the thorn is the opposite. Now they ask me what my rose and thorn of the day are too.”

“My wishes for the future are to have a successful writing career and to make people laugh, think and motivate children…to write with purpose. My wishes for my children are for them to be the best they can be and to know that I support them in all they do,” Erica says with a smile. “One of my favorite quotes is ‘Good, better, best. I will never rest. Til’ my good is better and my better is best!’” 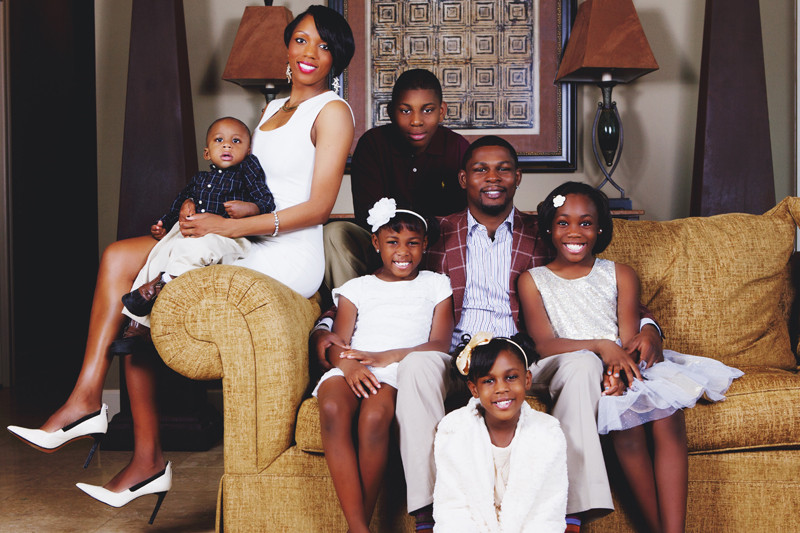 “We all love Amelia Bedelia books and laugh out loud together when we read them.”

The kids are in the backyard swimming. We’re grilling burgers and wings. I’m making baked beans and pasta salad, and taking appetizers in and out for everyone. We’re eating outside. The karaoke machine is going with some Beyoncé songs. I’m singing. People joke and call me “E”yoncé!

Special thanks go to Hillary Rodham Clinton Children’s Library and Learning Center, The Toggery and Scarlet for helping make the Taylor family photo shoot a hit!